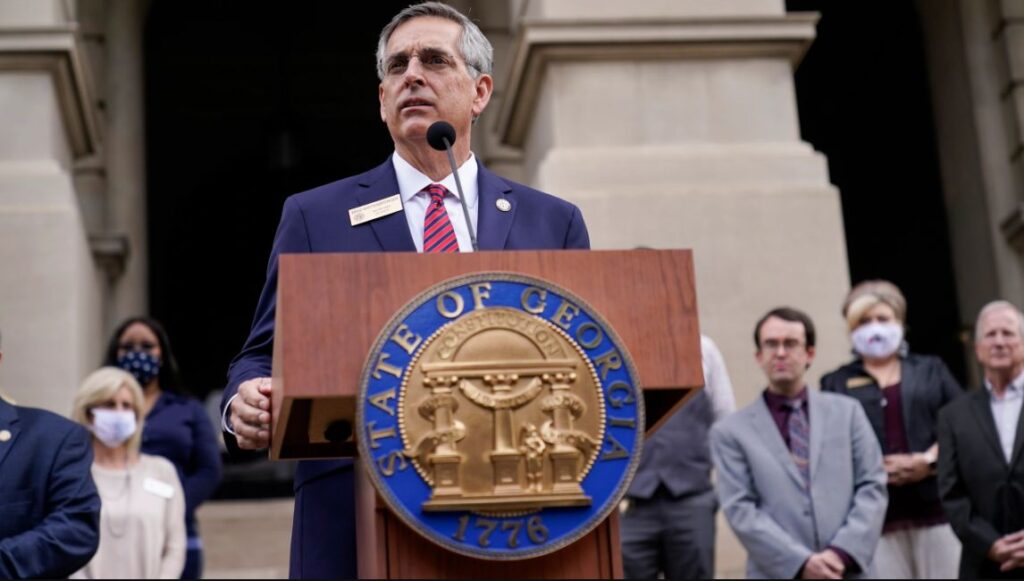 Georgia Secretary of State Brad Raffensperger is not exactly an ally of former President Donald Trump when it comes to 2020 election fraud. But on Tuesday, Raffensperger surprised election observers by suddenly announcing an investigation into suspected illegal ballot harvesting.

The election fraud investigation is based on video surveillance footage and geolocation data from the cell phones of over 200 activists that allegedly participated in an illegal ballot harvesting ring involving “drop boxes,” also known as “Zuckerberg boxes.”

Brad Raffensperger, who is seeking re-election, confirmed the investigation to Just the News, and asserted that he may soon issue subpoenas to secure evidence.

Georgia law “strictly prohibits third-party activists from picking up and delivering ballots on behalf of voters,” a tactic called “ballot harvesting,” the news website notes. Left-wing organizers in a number of red states have tried to get the suspect election practice legalized but have run into opposition from the state legislatures and the courts. The U.S. Supreme Court rejected efforts to overturn an Arizona election integrity law that outlawed ballot harvesting, the report added.

The Just the News report exclusively details the information provided by the Secretary of State’s office.

“According to interviews and documents reviewed by Just the News, Raffensperger’s office received a detailed complaint from conservative voter integrity group True the Vote on Nov. 30 saying it had assembled evidence that scores of activists worked with nonprofit groups to collect and deliver thousands of absentee ballots, often during wee-hour operations, to temporary voting drop boxes distributed around the state during the pandemic,” the report said.

“The group informed the secretary its evidence included video footage from surveillance cameras placed by counties outside the drop boxes as well as geolocation data for the cell phones of more than 200 activists seen on the tapes purportedly showing the dates and times of ballot drop-offs,” according to documents reviewed by Just the News.

“The group also said it interviewed a Georgia man who admitted he was paid thousands of dollars to harvest ballots in the Atlanta metropolitan area during the November election and the lead-up to Jan. 5, 2021 runoff for Georgia’s two U.S. Senate seats, which were both captured by Democrats and ended GOP control of Congress,” the report added. “The group has yet to identify the cooperating witness to state authorities, referring to him in the complaint simply as John Doe.”

Raffensperger confirmed in an interview that aired Tuesday with the John Solomon Reports podcast that his office has “deemed the allegations credible enough to open an investigation and possibly seek subpoenas from the State Election Board to secure evidence.”

“We do have some information,” Raffensperger said. “And we are going to investigate that. We did deploy drop boxes that were under 24/7 surveillance, and because they were then that really, you know, can indicate who dropped that information off, and we’re really just going through that.”

It is now 2022 and the Georgia Secretary of State is just now taking allegations of election fraud in the 2020 election seriously. After a year of the disastrous Biden presidency, many voters may find that a bitter pill to swallow, but would welcome further evidence to add to their list of grievances, along with the smoking gun video in Fulton County.