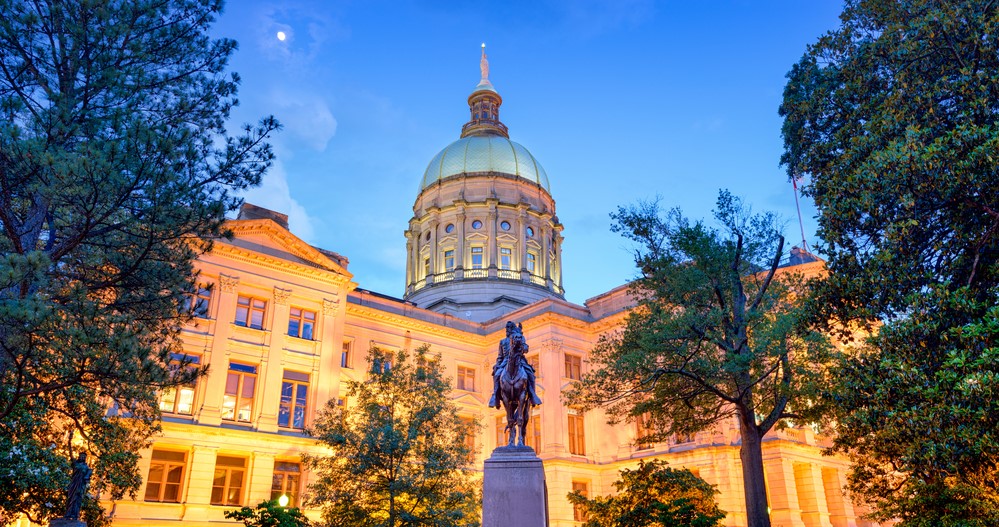 Georgia Speaker of the House David Ralston has released a letter he sent to Fulton Elections Director Richard Barron requesting the GBI to investigate the possibility of fraud in the 2020 election.

Speaker Ralston cited the mounting evidence in Fulton County as the reason for the investigation.

“To that end, it is my urgent recommendation that your office request that the Georgia Bureau of Investigation conduct its own, independent forensic investigation into the November 2020 Presidential Election in Fulton County,” the letter continues. “The GBI will follow the evidence wherever it may lead to determine if any irregularities or willful fraud occurred.”

“The professionals at the GBI have the expertise and resources necessary to perform such an investigation,” Ralston adds. “Furthermore, as sworn law enforcement officers, they have the trust of the public to ensure that the law was followed.”

“In the General Assembly we will continue to do all that we can to uphold the public trust,” the letter concludes. “I hope that your office will do the same. I thank you for your consideration of this urgent request.”

Unfortunately, the GBI may not have the full faith and confidence of Georgia voters who have been down this path with the agency before. In December, Secretary of State Brad Raffensperger announced that Governor Brian Kemp had agreed for GBI assistance investigating the election.

“Secretary of State Brad Raffensperger announced… that Gov. Brian Kemp has agreed to his request for the Georgia Bureau of Investigation (GBI) to assist in ongoing investigations related to the 2020 general election,” WTOC reported about a December 2020 statement.

“I have assured Georgians throughout this process that I will investigate every credible allegation that is brought to my office, and I appreciate the leadership and resources that Gov. Kemp is providing,” Raffensperger said. “The governor and I are committed to following every lead, and the expertise, experience, and manpower provided by the GBI will help us move more quickly through a process where time is of the essence.”

“We will stop at nothing to guarantee that all Georgians can have faith in the integrity of our election,” the statement continued. “At this point, my office has found no evidence of widespread fraud, and three recounts, including a hand recount of paper ballots that voters read and approved before scanning, have returned the same result, but we will follow the evidence where it takes us and we will adhere to the law.”

Nonetheless, Raffensperger appeared to react to rising heat from the public to ‘do something’ about recently uncovered evidence of election malfeasance coming out of Fulton County. Beginning Thursday, he released a new series of tweets.

“Fulton County’s continued failures have gone on long enough with no accountability,” he tweeted. “Rick Barron and Ralph Jones, Fulton’s registration chief, must be fired and removed from Fulton’s elections leadership immediately. Fulton’s voters and the people of Georgia deserve better.”

“Long before November, I had been working to get Fulton to clean up their decades of election mismanagement,” he also said. “Restoring confidence in our elections should be a bipartisan concern. Fulton County’s poor elections management is making that impossible.”

“Fulton County has failed its voters for far too long,” he continued. “That’s why I took action last year to try and fix the issues in their elections management. Clearly, more work and more dramatic steps need to be taken.”

“The decades-long elections problems in Fulton would have been much worse if not for my efforts,” Raffensperger added. “The monitor I assigned to Fulton in November found significant management issues, which I have talked about since long before November, but no fraud.”

In particular, there is increasing pressure on Republican Georgia officials after a Tucker Carlson feature on the evidence of ‘flat-out criminal’ activity in the county, including double-counting of ballots and mismarked tally sheets accounting for thousands of votes.

When it comes to Georgia, talk is cheap. Voters are tired of it. Only public transparency can solve the problem of declining trust in elections. And after a small taste of transparency, it is leaving a bitter taste in a lot of voters’ mouths.