The grieving mother of a fallen Marine, Lance Cpl. Kareem Nikou, met with President Joe Biden on Sunday at the dignified transfer ceremony at Dover Air Force Base.

The mother, Shana Chappell, took to social media to share her agonizing story of meeting the president, which didn’t sit well with the Facebook and Instagram censors. She was locked out of her social media accounts for what she had to say about the president.

“President Joe Biden, This [message] is for you!” Chappell wrote. “I know my face is etched into your brain! I was able to look you straight in the eyes yesterday and have words with you. After I lay my son to rest you will be seeing me again!”

“Remember I am the one who stood 5 inches from your face and was letting you know I would never get to hug my son again, hear his laugh and then you tried to interrupt met and give me your own sob story and I had to tell you ‘that this isn’t about you so don’t make it about you!!!!'” she wrote.

“You are not the president of the United States of America Biden!!!!” Chappell wrote. “Cheating isn’t winning!!! You are not leader of any kind! You are a weak human being and a traitor!!!”

“You turned your back on my son, on all of our Heros!!! You are leaving the White House one way or another because you do not belong there!” Chappell continued. “MY SONS BLOOD IS ON YOUR HANDS!!! All 13 of them, their blood is on your hands!!!!”

“If my president Trump was in his rightful seat then my son and the other Heros would still be alive!!!!” Chappell added. “You will be seeing me again very soon!!!”

“[By the way] as my son and the rest of our fallen Heros were being taken off the plane yesterday I watched you disrespect us all 5 different times by checking your watch!!!” she said. “What the f*** was so important that you had to keep looking at our watch????”

“You are nobody special Biden!!!” she added. “America Hates you!!!”

On Monday, two more Gold Star Family members attested to the disrespectful behavior that President Biden showed them on Sunday.

“I leaned into my son’s mother’s ear in I said ‘I swear to god if he checks his watch one more time’ and that was probably only four times in, I couldn’t look at him anymore after that,” Mark Schmitz, father of fallen Marine Jared Schmitz, said on Hannity. “Considering the time and why we were there, I found it to be the most disrespectful thing I’d ever seen.”

“This is the last picture my son sent me of himself. It was taken on Sunday,” Chappell wrote. “I know i am still in shock right now. I felt my soul leave my body as i was screaming that it can’t be true! No mother, no parent should ever have to hear that their child is gone, that their child was one of the Marines killed today!!!”

“I had to hear it, i had to hear it! This is my baby! This is my Hero!!!! I will never get to hug him again and my heart is ripped out of my chest!” she added. “No parent should have to have someone come to their home to tell them their child is never coming home again!!!! Why would God do this to me??? Why would he take my son???? This can’t be real!! My heart hurts so bad.”

“This is my baby Kareem. He was so amazing in every way. My heart will never be the same,” she continued. “My heart goes out to all the Marine parents who lost their sons along side my son yesterday. Prayers for their families and for mine. #marines Kareem i love you more than anything, my heart hurts so bad. I begged for the news not to be true, i begged them to tell me they were lying!”

“I’m never gonna get to hug my son again, or see his smile or hear his laugh! He was only 20 years old!!! He’s never gonna get to get married or have a family!!! Oh my God how could this have happened?” she asked. “Why?? He is my heart, my Hero.” 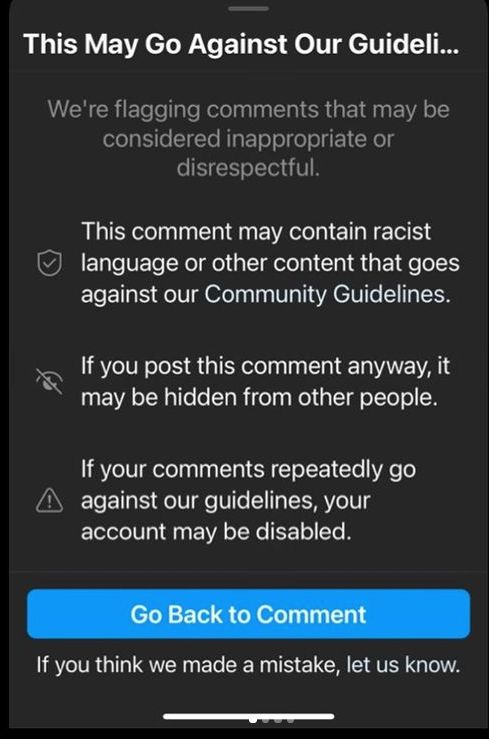 “Ok this is ridiculous! Now IG has decided what we can and can’t comment on other peoples posts!” Chappell said. “This is a comment i left on conservativeants post and IG has decided since it has facts in it, other people will not be allowed to see my comment! Also doesn’t that say ‘if you continue to use your first amendment rights then we will disable your account because you are only allowed to say what we want you to say?!'”