GOP Heavyweights Gather to Draws Line in the Sand Ahead of 2022, Blast Socialism & Critical Race Theory 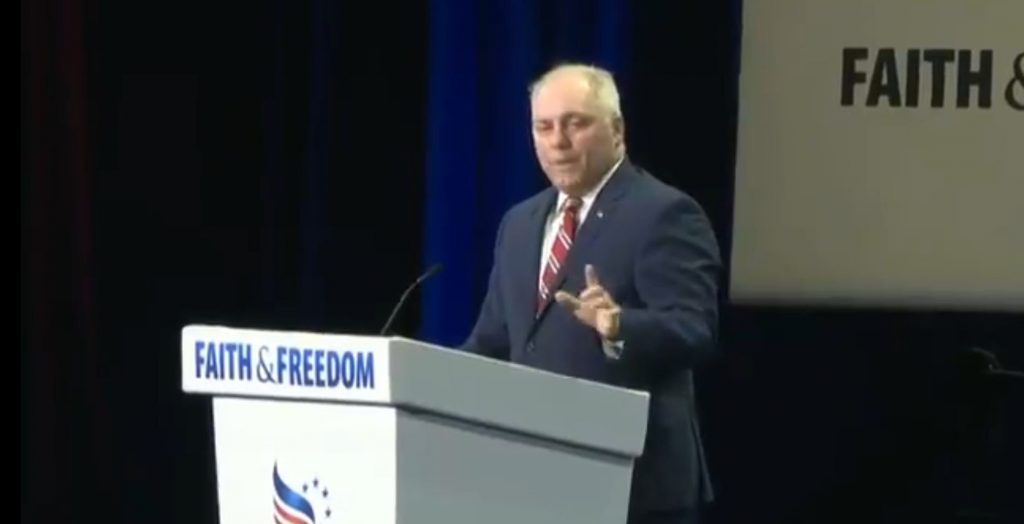 The Christian and conservative forum has been a passionate, and at times, raucous one, as former vice president Mike Pence was booed while on stage and the crowd chanted ‘traitor!’ for perceived injustice at the Electoral College on January 6th.

Senator Ted Cruz garnered attention with his barbs at the media and at Critical Race Theory.

Sen. @tedcruz: "Critical race theory is bigoted, it is a lie and it is every bit as racist as the Klansman in white sheets." pic.twitter.com/zE8FaZNcgp

“As a Christian and as an American, I love my brothers and sisters whatever skin color you are,” he added.

Senator Lindsey Graham had a chilling prognostication for what would almost certainly happen if the Democratic Party should win again in 2022 and 2024.

“If they win in 2022 and win again in 2024, they’ll abolish the Electoral College, which means that New York and California will pick the president in perpetuity,” he said. “They will eventually add to the numbers of the Supreme Court, wiping away everything you worked so hard to create. D.C. will become a state. Puerto Rico will become a state, and there will be four Democratic senators in perpetuity.”

“So, ladies and gentlemen, winning in 2022 is the only option available for conservatism,” he said. “If we win in 2022, it means the party of Trump is not dead and buried, it’s still alive. It means we stop the most radical agenda in the history of mankind coming out of the House. If we can pick up one Senate seat, it means we’ll have a say about the judges they pick and a lot of other things. It means that I will be the Budget chairman, not Bernie Sanders, that’s a pretty good trade.”

Senator Marcio Rubio warned about the scourge of Marxism, which he called the single most evil and destructive ideology that mankind has ever known.”

“All of out great causes in our history have been a fulfillment of our founding, not a rejection of it,” he said. “And if we abandon that, which is what they’re asking us to do, it won’t be America anymore. It’s — I know that in politics today, sometimes there’s a lot of hyperbole, and maybe I’m a little passionate about things involving Marxism for obvious reasons, but I think we should all be.”

“Marxism is the single most evil and destructive ideology that mankind has ever known,” Rubio added.

Rep. Steve Scalise also lashed out at “experts” and “scientists” who have been playing politics during the COVID pandemic.

Rep. Steve Scalise: "Some people are practicing more political science than medical science in this last year because they want to control your life. It's about government control versus freedom, and that is what socialism is." pic.twitter.com/mrj2nFPnwa

“Some people are practicing more political science than medical science in this last year because they want to control your life,” Scalise said. “It’s about government control versus freedom, and that is what socialism is.”

The GOP is thus already ‘drawing a line in the sand’ between it and the socialist Democratic Party ahead of the 2022 mid-terms. The Republicans’ message shows the conservative cause is not dead in the party, and neither is the legacy of Donald Trump, but they are going to need to back up their strong words with political action.