Gov. Ron DeSantis is Every ‘Fed Up’ Parent in Fiery Rant About Lies Americans Were Told About Masks and ‘mRNA Shots’ 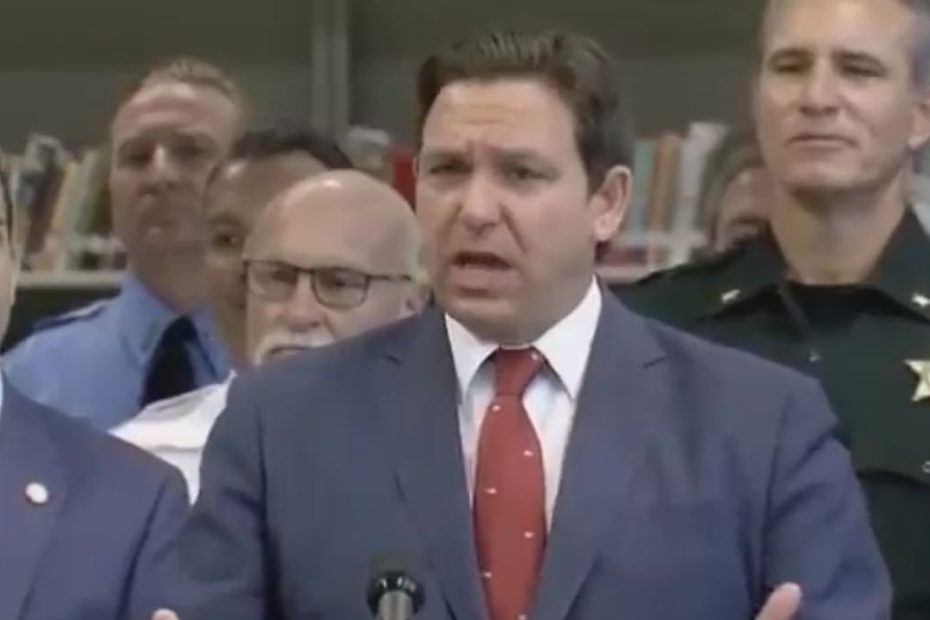 Florida Governor Ron DeSantis was every bit ‘America’s governor’ in a fiery rant on masks and ‘mRNA shots’ that he unleashed on the world on Friday. Watch:

“And what was right now, people are doing, looking at the researcher saying, ‘oh man, the masks will hurt the kids’,” DeSantis said. “Now, we banned the masks in Florida with with the legislature, with the Parents’ Bill of Rights and other actions.”

“They lied to us about the RNA shots,” he added. “They said, ‘if you take it, you will not get COVID. ‘That is false. That is not true. And they continue to say, even now when the evidence is so overwhelming, that not only is that not true, people that have multiple boosters, you know, you’re definitely at risk of getting it. There’s no question about that.”

“So, it’s just time and time again,” he went on. “I think you’ve seen ideology placed over data and evidence. And then what happens is that they will say something like, ‘okay, six weeks of masks will end COVID.’ So that’s what they claim — it doesn’t happen. And then what they’ll do is they will kind of ‘move the goal post’ and say, ‘well, you know, only 95% wore it.’ So now, and they will constantly try to shift, because they will never admit that their ideology was incorrect. So that’s very, very dangerous when you’re looking at all these.”

Gov. DeSantis was at a TPUSA event on Friday night stumping for Trump-backed Republican candidate Doug Mastriano when he also took aim at the endless and worthless ‘mask mandates’ in Democrat-run states.

“And I must say, I see now Philadelphia is forcing masks on students, DeSantis said. “And they said that — they were telling me that Pittsburgh may do that too.”

“There is no justification for muzzling students for eight hours a day,” he added. “It is wrong and it has no place in this state or any state in these United States.”

This is the rant millions of ‘fed up’ parents have been waiting for an elected leader to unload for two long years. Gov. Ron DeSantis has once again stepped up and delivered for Americans who have been repeatedly failed by their political ‘leadership.’ Now, it’s time to hold corrupt officials accountable for the massive fraud they perpetrated on the American public. Justice cannot come a day too soon.