Florida Gov. Ron DeSantis: ‘Evils of Communism & Totalitarianism’ Will Be Taught in Schools 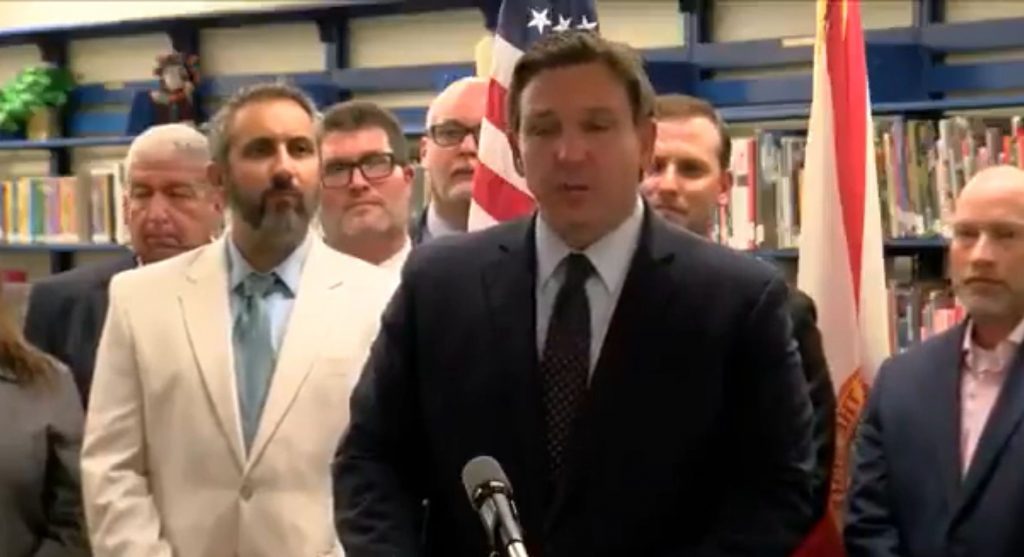 Florida Governor Ron DeSantis continues to show why he is a favorite among conservatives to run for higher office in 2024. On Wednesday, the governor announced his own additions to the Florida educational curriculum, and no, it wasn’t Critical Race Theory.

Florida Gov. DeSantis signs bill to include "evils of communism and totalitarian ideologies" in the state's mandatory educational curriculum. pic.twitter.com/fKLBaqKua4

“The bill also expands our previous efforts in civics to add a requirement for the high school government class that students receive instruction on the evils of communism and totalitarian ideologies,” DeSantis said.

“We have a number of people in Florida, particularly southern Florida, who’ve escaped totalitarian regimes, who’ve escaped communist dictatorships to be able to come to America,” he continued. “We want all students to understand the difference, why would somebody flee across shark-infested waters, say, leaving from Cuba to come to southern Florida? Why would somebody leave a place like Vietnam? Why would people leave these countries and risk their life to be able to come here? It’s important that students understand that.”

“The bill also contains a provision that will create a ‘Portraits and Patriotism Library,’ the purpose of which is for students to learn about ‘real patriots’ who came to America after fleeing communist and socialist regimes,” the Daily Caller noted.

“The governor also signed SB 1108, which requires state college and university students to take a civic literacy course and a civic literacy assessment as a graduation requirement, and HB 233, which requires colleges and universities to conduct annual assessments on the ‘intellectual freedom and viewpoint diversity’ at their institutions,” DC continued.

“It used to be thought that a university campus was a place you’d be exposed to a lot of different ideas,” said DeSantis. “Unfortunately now, the norm is really that these are more intellectually oppressive environments. You have orthodoxies that are promoted, and other viewpoints are shunned or even suppressed. We don’t want that in Florida.”

“You need to have a true contest of ideas,” he continued. “Students should not be shielded from ideas and we want robust First Amendment speech on our college and university campuses.”

In March, the Florida governor signed a bill to ban Critical Race Theory from being taught in the classroom.

“Florida civics curriculum will incorporate foundational concepts with the best materials, and it will expressly exclude unsanctioned narratives like Critical Race Theory and other unsubstantiated theories,” DeSantis announced at a press conference.

“Let me be clear, there is no room in our classrooms for things like Critical Race Theory,” he continued. “Teaching kids to hate their country and to hate each other is not worth one red cent of taxpayer money.”