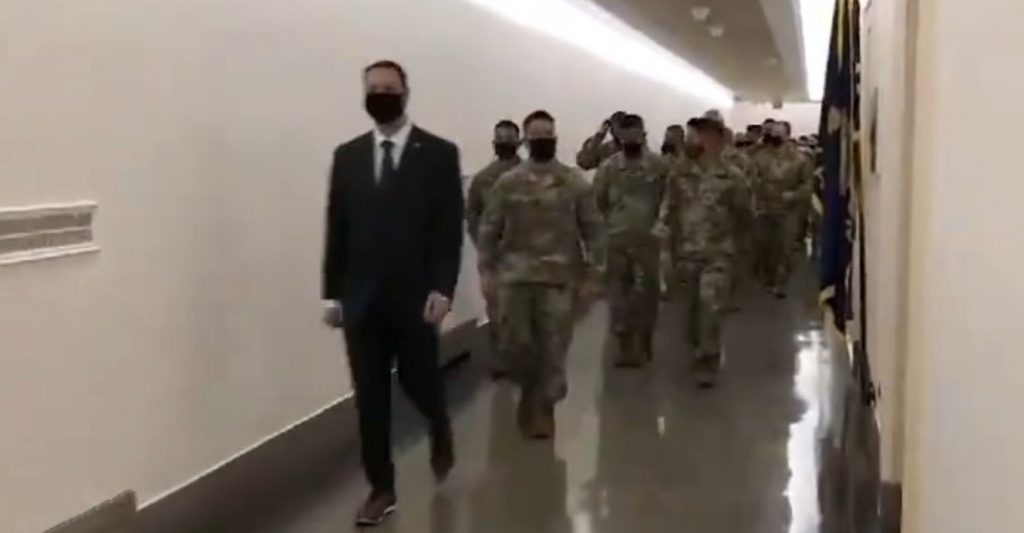 The National Guard troops wore their military uniforms as they delivered a message to Rep. Greene following a gaffe that she had made calling it a foreign country.

Last month, Rep. Greene accidentally said that Guam was not a part of the United States, although it is not officially a U.S. state.

“I’m a regular person. And I wanted to take my regular-person, normal, everyday American values, which is, we love our country. We believe our hard-earned tax dollars should just go for America, not for what? China, Russia, the Middle East, Guam, whatever, wherever,” she had said.

The National Guard troops that marched to the Congresswoman’s office clearly violated the Uniform Code of Military Justice regulations against wearing the uniform and engaging in political activities.

“Under DOD Directive 1344.10, members of the armed forces who are on active duty are permitted to express their personal opinions on political candidates, make a monetary contribution to a campaign, sign a petition to place a candidate’s name on the ballot, and attend a political event as a spectator,” the Department of Defense regulations state. “Members on active duty may not participate in partisan activities such as soliciting or engaging in partisan fundraiser activities, serving as the sponsor of a partisan club, or speaking before a partisan gathering. In addition, all military members, including National Guard and Reserve forces, are prohibited from wearing military uniforms at political campaign events.”

A number of U.S. military officers and accounts have nonethless violated such prohibitions on political activities, including attacking Fox News host Tucker Carlson for his constitutionally protected opinions.