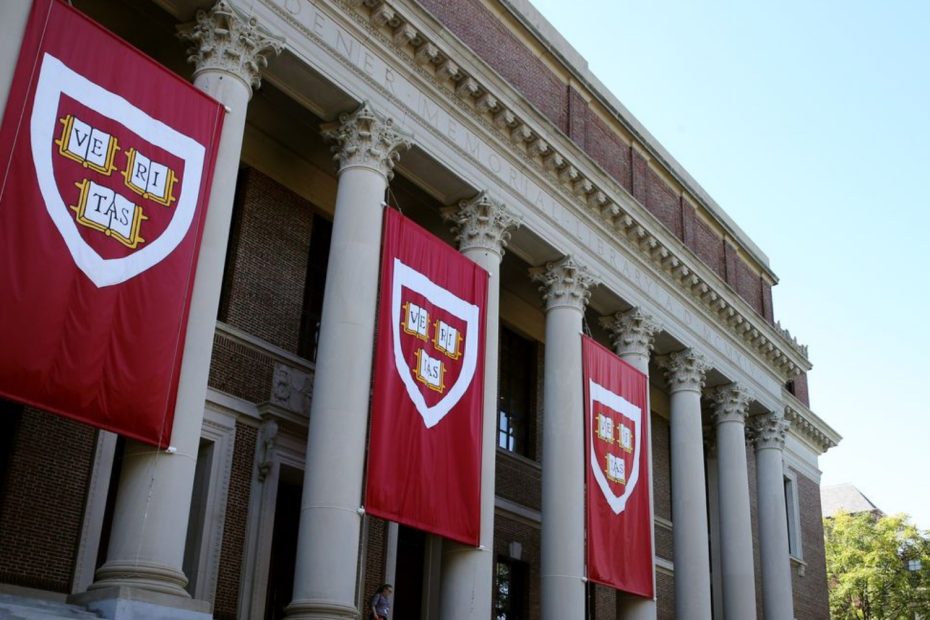 Harvard University is one of a number of American colleges and universities that is requiring even healthy students to get the Covid-19 shots and boosters to be enrolled and attend classes.

However, as a pair of well-respected medical researchers pointed out on “The Ingraham Angle,” the university’s “unethical” and “coercive” vaccine requirements have little-if-any public health basis.

“Dr. Hemmati, there are still some schools that are forcing students to get the Covid vaccine, like Harvard University,” Laura Ingraham said. “The website states that in order to register for spring term students have to be compliant with all vax requirements. This includes the annual flu shot as well as the bivalent, omicron-specific Covid-19 booster. Again, Dr. Hammati, I mean, this is forcing a shot on students that are completely healthy and have an infinitessimally small chance of dying from this virus. Don’t understand this, considering you can spread it with the vaccine anyway, right? I mean, you could spread the virus even if you’re vaccinated.”

“Exactly, Laura,” Dr. Houman Hemmati, an MIT research scientist, replied. “And that’s the problem. When the vaccines first came out, we were told repeatedly by the drug companies, by the White House, by so many others, that this will prevent you from getting infected and spreading it. We know that is no longer true. It was never true.”

“But now, after so many months and years of experience, now we know that’s absolutely false,” he added. “So what is the purpose of forcing people who are perfectly healthy, who are in some of the lowest risk strata to take something which we know also could have side effects? Every medical decision is a risk/benefit ratio. And when you have minimal to zero benefit, but you have some risk, no matter how much that is, that risk benefit ratio may not work out.”

“And so it’s frankly, I think, unethical because it’s coercive and you’re forcing people to take something that puts them at risk with minimal benefit, not only to themselves, but even to the people around them, given what we now know about the vaccines,” he continued. “On top of that, we have, as Dr. Makary was just pointing out, very little data, especially regarding this bivalent booster shot. We have antibody production data. We don’t have data on anything related to mortality, long covid, serious infections or hospitalizations. And for children, we have actually zero data. They’re just referencing adult data. It’s with that lack of data, how are they making these decisions?”

“Well, the never-ending emergency,” Ingraham remarked. “You called this early on — watch the emergency to continue long past the emergency. That’s when you start asking questions, hard questions about why it’s in place in the first place.”

The Biden administration had recently attempted to officially prolong the Covid-19 national emergency until April, but it has run into headwinds in the U.S. Congress.

Last week, the Senate voted 62-36 to end the ’emergency’ declaration, although Senate Majority Leader Chuck Schumer claims his vote was falsely recorded as an ‘aye’ following the tally.

While it is unclear if the House of Representatives will immediately take up the measure, Speaker Nancy Pelosi is now on borrowed time. Her tenure at the top of Congressional leadership is set to come to an end on January 3, 2023 with the projected incoming Republican-led House.

The declaration of a ‘public health emergency’ has been used as a rationale to suspend the rule of law for nearly three years. The Biden administration has referred to the state of emergency as a pretext for suspending student loan payments, as well as its unconstitutional rent moratorium. The White House recently asked for $10 billion in funding for the Covid response.

“Biden officials finalized a request this week for about $10 billion in public health funds by year’s end, part of a larger request in the lame-duck session of Congress that would also include funding for Ukraine and disaster relief for hurricane damage in Florida, according to six people who spoke on the condition of anonymity to describe confidential budget discussions,” the Washington Post reported.

President Biden has threatened to veto any congressional efforts to end the national emergency declaration’s status, according to a statement from the Office of Management and Budget.

Ending the declaration would weaken the federal government’s ability to respond to Covid-19 surges, the OMB claimed.

“Preserving our ability to respond is more important than ever as we head into the winter, when respiratory illnesses such as Covid-19 typically spread more easily,” the statement said. “Strengthened by the ongoing declaration of national emergency, the federal response to Covid-19 continues to save lives, improve health outcomes, and support the American economy.”

However, as the CDC earlier pointed out, over 95% of Americans have some form of protection to Covid-19. The currently predominant BA.4 and BA.5 variants are far less deadly than earlier strains, and an estimated 97% of Americans have natural immunity from prior infection, according to CDC data.