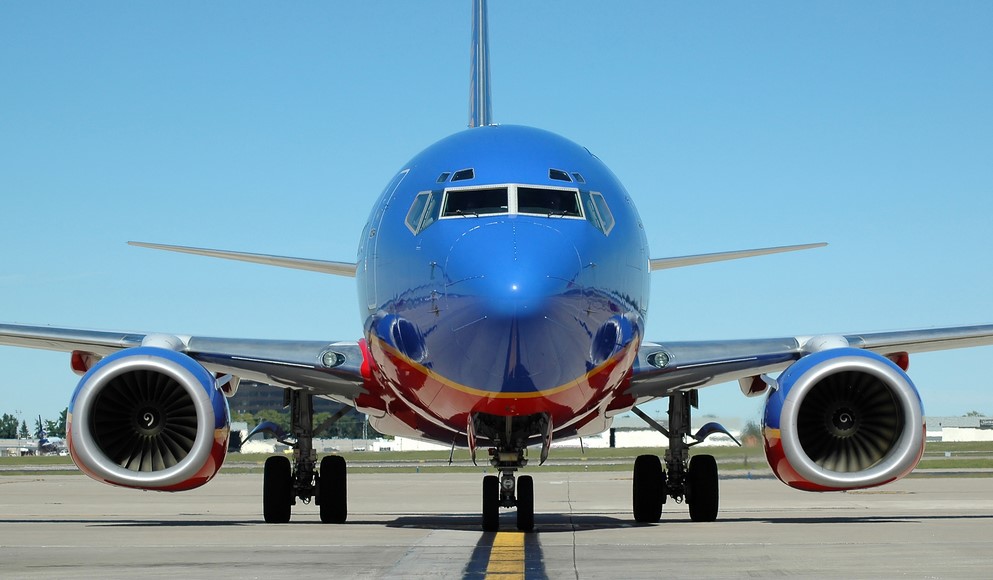 Southwest’s major disruption in service was blamed on the “weather,” air traffic controllers, and most recently, employees suddenly taking time off to get jabbed with the Covid-19 vaccines.

But with nearly 2,000 flight cancellations over the weekend, paying customers put on hold to rebook flights for as many as eight hours, children sleeping on the floors at airports, and lengthy lines that stretch as far as the eye can see, Southwest’s explanations defy belief.

A more plausible explanation that has been backed up by reporting has been that numerous employees have suddenly called in ‘ill’ after the Southwest Airlines Pilots Association on Friday filed a lawsuit against Southwest Airlines over the company’s vaccine mandate.

“Several times since August 30, 2021, Southwest Airlines has taken new unilateral actions which violate the status quo between the parties in further violation of the Railway Labor Act,” the lawsuit explicitly states. “Most recently, on October 4, 2021, Southwest Airlines unilaterally rolled out a new and nonnegotiated COVID vaccine mandate for all employees, including SWAPA pilots. The new vaccine mandate unlawfully imposes new conditions of employment and the new policy threatens termination of any pilot not fully vaccinated by December 8, 2021. Southwest Airlines’ additional new and unilateral modification of the parties’ collective bargaining agreement is in clear violation of the RLA.”

An aviation authority at Jacksonville’s airport attempted to dismiss the “rumor” that employees have called in sick to protest the company’s policies and came up with a novel explanation.

“A rumor is circulating in traditional and social, media outlets stating JAX Center was closed due to an organized walkout late Friday by controllers in response to the FAA’s mandate that all employees get vaccinated for COVID,” Jacksonville Aviation Authority COO Tony Cugno said according to Action News Jax.

“A contact at FFAA confirmed they did have some staffing issues at JAX center last Friday, however, those staffing issued were due to the following: Normal approved leave (and) controllers who received either their first or second dose of the vaccine and by policy are required to stay home for 48 hours to self monitor for side effects … thus creating some staffing issues,” Cugno claimed.

However, while social media users scramble to find an official statement about a ‘sickout’ there is a sound explanation for why they will not find one forthcoming: The union that is filing the lawsuit against Southwest Airlines cannot publicly acknowledge it. Covid researcher Alex Berenson explains, citing a pilot that has asked him to paraphrase his correspondence.

URGENT: A Southwest Airlines pilot explains why you will not hear anything about vaccine mandates from his union – and why Southwest has more flexibility than it admits to stand up to the White House

The pilot emailed following the first Southwest post today (and provided his SWA ID to prove his identity). He asked that I paraphrase the email.

Essentially, the union cannot organize or even acknowledge the sickout, because doing so would make it an illegal job action. Years ago, Southwest and its pilots had a rough negotiation, and the union would not even let the pilots internally discuss the possibility of working-to-rule (which would have slowed Southwest to a crawl).

But at the moment the pilots don’t even have to talk to each other about what they’re doing. The anger internally – not just among pilots but other Southwest workers – is enormous. The tough prior negotiations notwithstanding, Southwest has a history of decent labor relations, and workers believe the company should stand up for them against the mandate. Telling pilots in particular to comply or face termination has backfired.

Berenson goes on to explain why Southwest has been so eager to cave to a mandate that has still not been formally issued even a month after its announcement:

This pilot believes that the fact that the airlines received $25 billion in no-strings-attached cash for “payroll support” last year (as well another $25 billion in loans) has made them particularly reluctant to stand up to the Biden administration. Southwest’s CEO, Gary Kelly, may be in an especially tough spot since he is the head of the airline lobbying group.

Finally: This pilot says he loves Southwest and finds the crisis painful but feels that if this is the only way Americans can stand up to these mandates, then let the chips fall.

Scenes from airports around the nations testify to how widespread the operational disruption has been for Southwest Airlines:

Insane lines and crowds at Southwest terminal in Denver pic.twitter.com/cnwhD4808B

Southwest has stuck to its story that there is no “sick out” behind its operational problems, even as its explanations for the disruption have changed several times.

“We can say with confidence that our Pilots are not participating in any official or unofficial job actions,” Southwest sted in a press release. The airline blamed “poor planning” and “external operational challenges” for the delays.

Southwest and American Airlines pilots unions earlier warned that the pilots might quit in droves if the federal vaccine mandate were to be implemented.

‘This is Not a Negotiation’: Fed-Up Parents Serve Stunned School Board $200 Million Lawsuit Over Mask Mandate