‘Here’s How You Make a CoV in the Lab’: New Paper on Covid Origins Provides Strongest Evidence Yet It Was a Manmade Virus 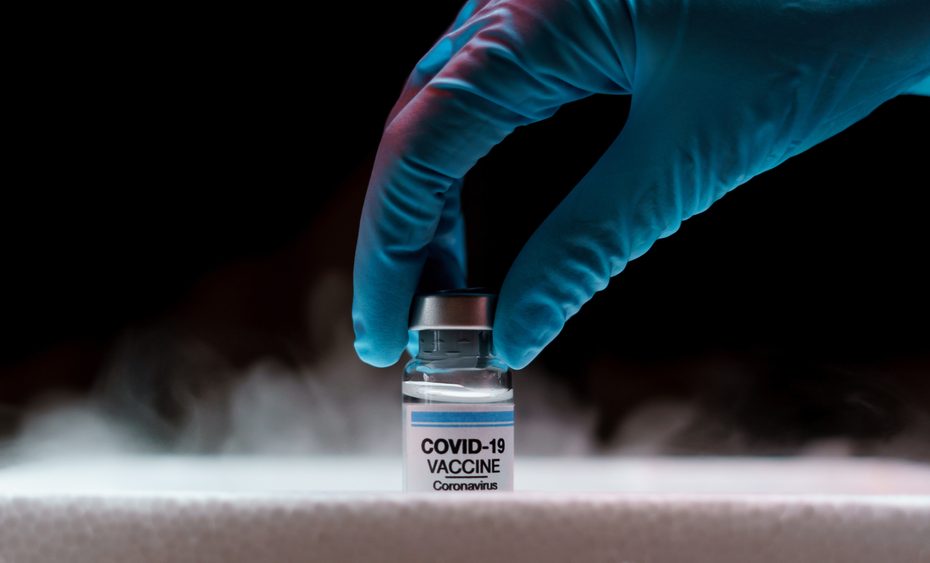 A brand new paper on the origins of SARS-CoV-2, the novel coronavirus behind Covid-19, is providing the strongest evidence yet that the virus was manmade and did not originate spontaneously in a Chinese ‘wet market.

Princeton researcher Alex Washburne announced the pre-print publication of the new study, which some skeptics are now crediting with changing their mind on the issue. His Thread follows below:

Endonuclease fingerprint indicates a synthetic origin of SARS-CoV-2. A collaborative product by @VBruttel, @tony_vandongen, and myself. Here’s what we found: 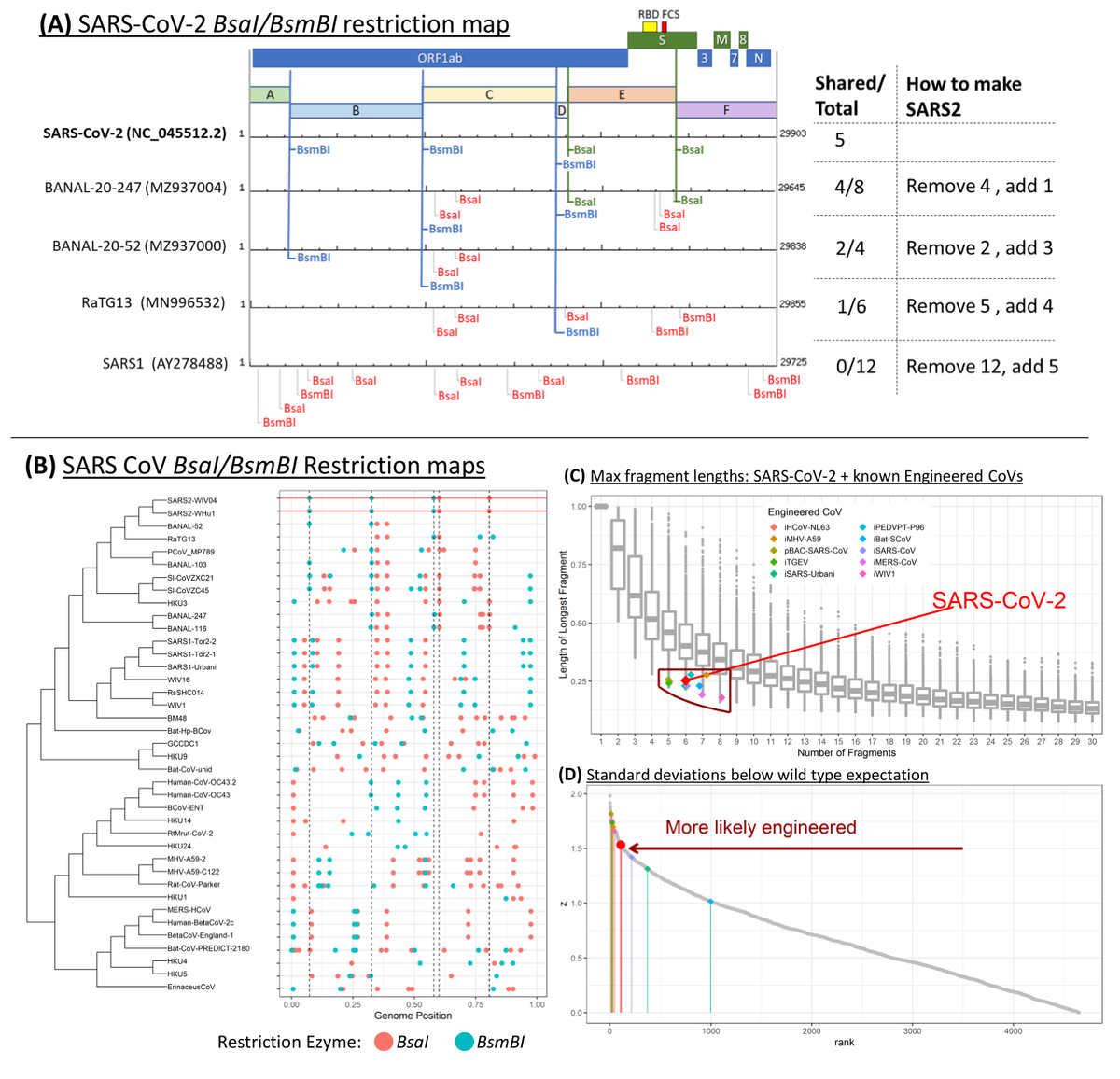 We examined whether SARS-CoV-2 was synthesized in a lab. We studied a common method for synthesizing CoVs in the lab. This method was thought to not leave a fingerprint. We found the fingerprint. That fingerprint is in the SARS-CoV-2 genome.

Here’s how you make a CoV in the lab: To make a 30kb RNA virus in the lab, you need a 30kb DNA clone. To assemble a 30kb DNA clone, scientists glue together several smaller fragments. A popular method for DNA assembly is ‘golden gate assembly.’ 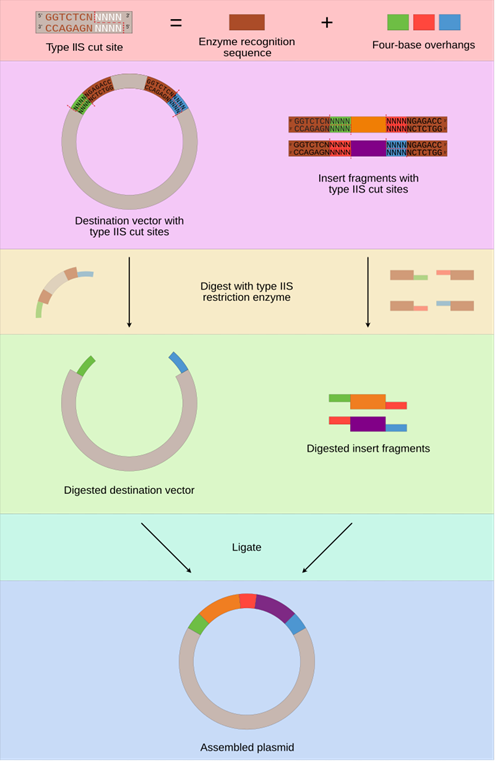 RNA viruses like CoVs are not under selection specifically for this kind of cutting & pasting. So, wild viruses tend to have cutting/pasting sites randomly scattered in their genome. Researchers building viruses in a lab will often add/remove cutting sites…

We collected examples of CoV infectious clones assembled with these type IIS cutting/pasting systems from 2000-2019. We found a clear pattern in how researchers tended to add/remove cutting/pasting sites. 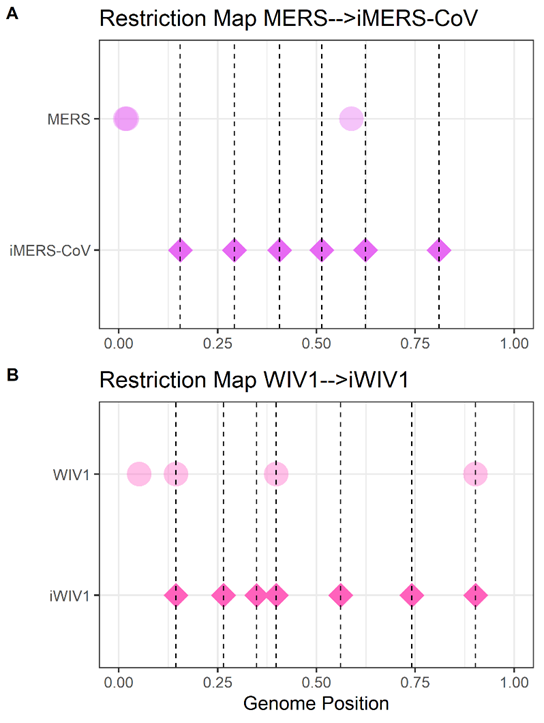 Digesting 70 CoVs with 200+ restriction enzymes yields a “wild type distribution”, a null model for how long the longest fragment may be as a function of the number of fragments. The red box is the ideal range for reverse genetic systems used to make infectious clones 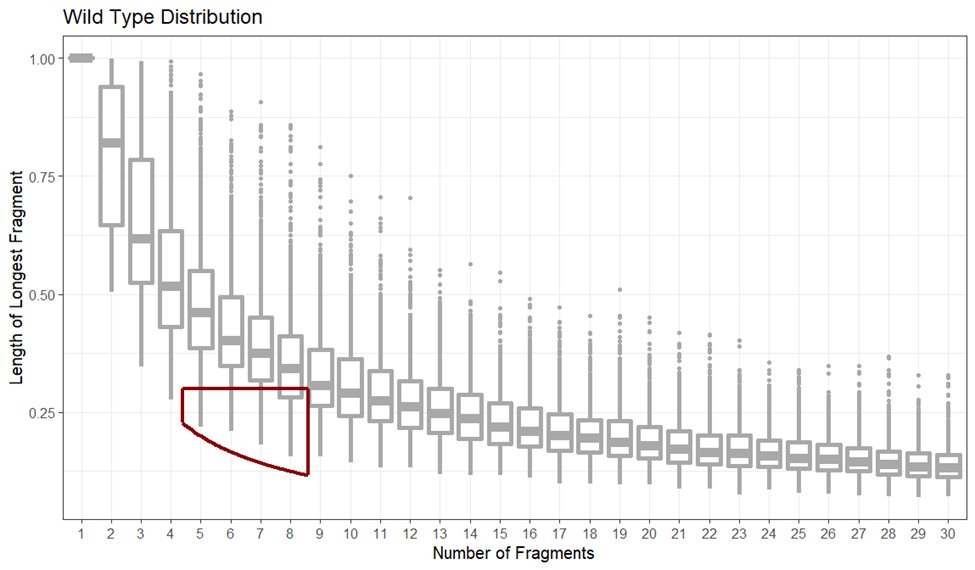 Having found this fingerprint, we examine specific cutting/pasting sites in the SARS-CoV-2 genome (BsaI/BsmBI). BsaI + BsmBI are very popular enzymes for this kind of in vitro assembly.

They also have many conserved sites in CoVs. Very useful for making chimeras. The SARS-CoV-2 BsaI/BsmBI restriction map falls neatly within the ideal range for a reverse genetic system.

It is an anomaly (bottom 1%) amongst wild type CoVs. It is a midpoint amongst engineered CoVs. 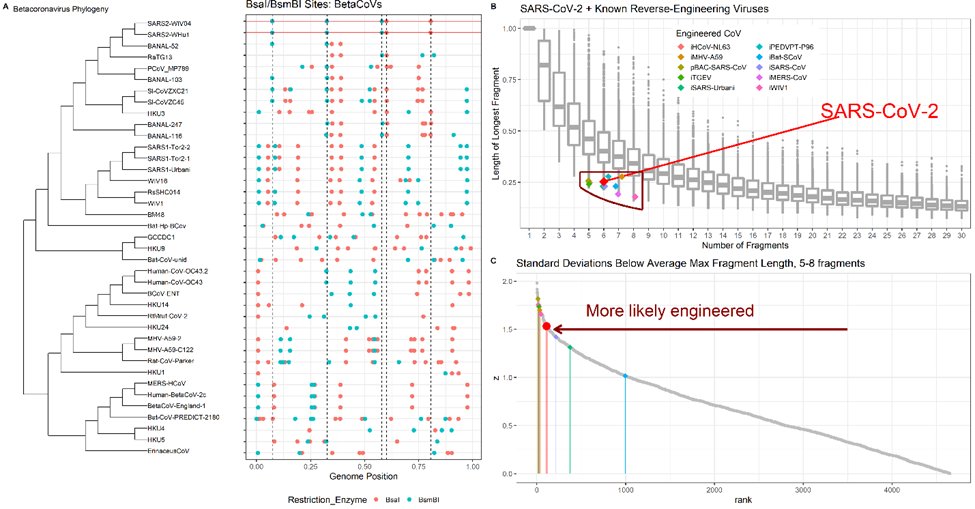 Digesting CoVs with only type IIS enzymes that could be used for assembly, SARS-CoV-2 is an even greater outlier. It’s in the bottom 1% max-fragment-length for all restriction enzymes. It’s the single largest outlier (<0.07%) of 1491 type IIS digestions.

We then tested the lab-assembly hypothesis. If SARS2 has a synthetic origin via golden gate assembly, several other criteria must be met.

For example: all sticky ends must be unique, non-palindromic, and contain at least one A/T. SARS2 passed this test (60% chance of this).  The mutations separating SARS-CoV-2 BsaI/BsmBI sites from its close relatives must all be silent mutations.

There’s a significantly higher concentration of silent mutations per nucleotide within BsaI/BsmBI recognition sequences than in the rest of the genome. P=0.004 for BANAL52-SARS2. P=9e-8 for RaTG13-SARS2.

Such an idealized reverse genetic system is unlikely to evolve by chance from the close relatives of SARS-CoV-2. There’s a 1% of random RaTG13 mutants having as great or greater z-score and 0.1% chance for BANAL52. 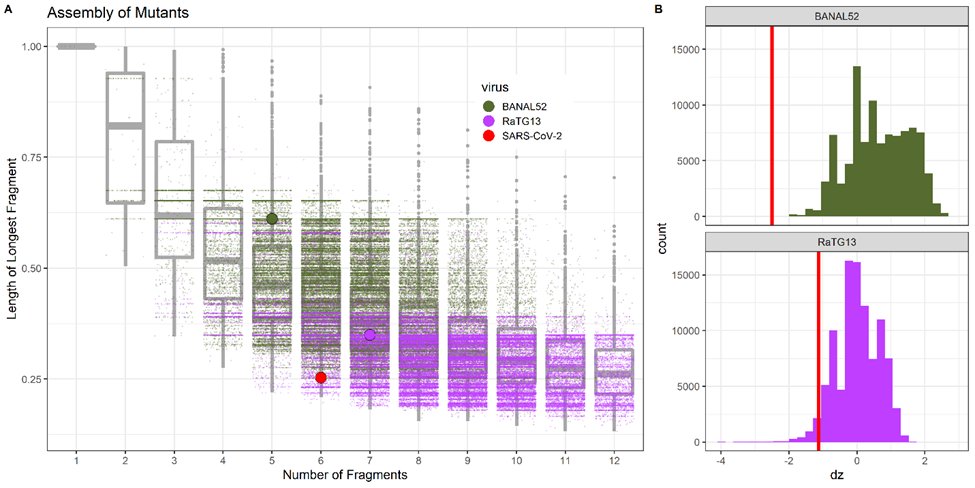 Testing this from multiple angles, we could not reject the hypothesis that SARS-CoV-2 has a synthetic origin. Each test also decreased the odds of SARS-CoV-2 having a natural origin

The BsaI/BsmBI fingerprint of SARS-CoV-2 indicates synthetic origin of SARS-CoV-2. Please read our MS for our careful language & limitations. These are important. For example, our results are independent of the Furin Cleavage Site. While the RBD is docked in fragment 5, we shine no light on the origin of the FCS. Our research does not identify the lab.

We hypothesize this restriction map would enable construction of chimeric viruses… much like the recent controversial work done in Boston (but with a different method for in vitro assembly) (vox.com/future-perfect…)

Our theory of a synthetic origin of SARS-CoV-2 can & should be tested. Further tests may reject our theory. We welcome these tests.

Our code is available on GitHub and we point to future research that can reject our hypothesis and/or refine our understanding of this issue.  Making chimeric viruses in vitro carries risks We encourage transparency from researchers studying CoVs in Wuhan.

We strongly encourage global coordination on biosafety. We encourage open, civil, and compassionate discourse on this important topic. This pre-print was not rushed. It was reviewed by many colleagues, truly world experts.

We thank them all immensely for their feedback. For a popular science write-up of our work, see below. I’m eternally grateful for colleagues like @VBruttel and @tony_vandongen. This has been an incredible project. Yet, for obvious reasons, this is the saddest paper I’ve ever written.

Alex Washburne then pointed to a ‘popular science’ write-up that helpfully has an Idiot’s Guide to Infectious Clones.

Professor Francois Balloux, a world renowned expert on Covid-19, gave his assessment of the study. Professor Balloux said that he could replicate its key findings.

“This is an important piece of work,” Balloux said. “To me, it looks solid both conceptually and methodologically. I was given advance warning and was able to replicate the key findings. To the best of my knowledge, I confirm the reported patterns are genuine.”

“The distribution of restriction sites in SARS-CoV-2 is highly atypical when compared to related viruses in circulation, and far more in line with previous lab-engineered coronaviruses,” he added. “This is a troubling finding, which requires scrutiny.”

“These findings are not ‘final and dispositive’, but they can’t be ignored either.,” he continued. “To me, this is by far the strongest piece of evidence to date against a simple scenario of strict zoonotic origin for SARS-CoV-2.”

“I anticipate Covid twitter will combust in an implosion of rage and fury over this preprint,” he said. “In an ideal world, this is not what should happen.”

Alicia Smith, who provides commentary for BravoTV, gave her feedback on the new study.

“Prominent virologists who have been skeptical have synthetic origins of covid up until now say this is a strong paper, so my opinion on this is changing,” Smith admitted. It will be interesting to see what other Covid experts change their opinion, if any.

Dr. Anthony Fauci’s opinion on the study should be particularly fascinating.