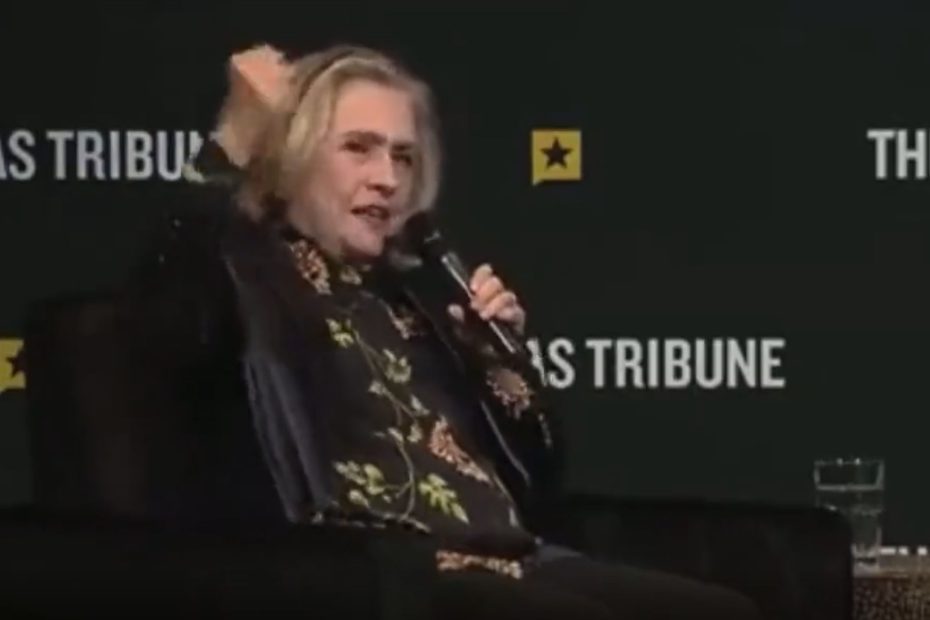 Failed presidential candidate Hillary Clinton had some stinging remarks about Trump supporters who handed her defeat in the 2016 election. She made the remarks at the Texas Tribune Festival in Austin on Friday.

“I remember as a young student, you know, trying to figure out, how people get basically drawn in by Hitler. How did that happen? I’d watch newsreels and I’d see this guy standing up there ranting and raving, and people shouting and raising their arms. I thought, ‘What’s happened to these people?’” Clinton said.

“You saw the rally in Ohio the other night, Trump is there ranting and raving for more than an hour, and you have these rows of young men with their arms raised. I thought, ‘What is going on?’” she added.

Donald Trump gave a political rally in Youngstown, Ohio last weekend, where he teased an announcement about his political ambitions.

Joe Biden had recently evoked imagery eerily similar to Nazi rallies with a primetime speech. The Marines standing behind the president in what the White House falsely claimed would be an apolitical speech is an abuse of the armed forces. Biden gave an angry speech with raised fists, ; the spectacle was complete with iconic red lighting, and the winged ledge behind him created a fascistic effect that is typically avoided by U.S. politicians. 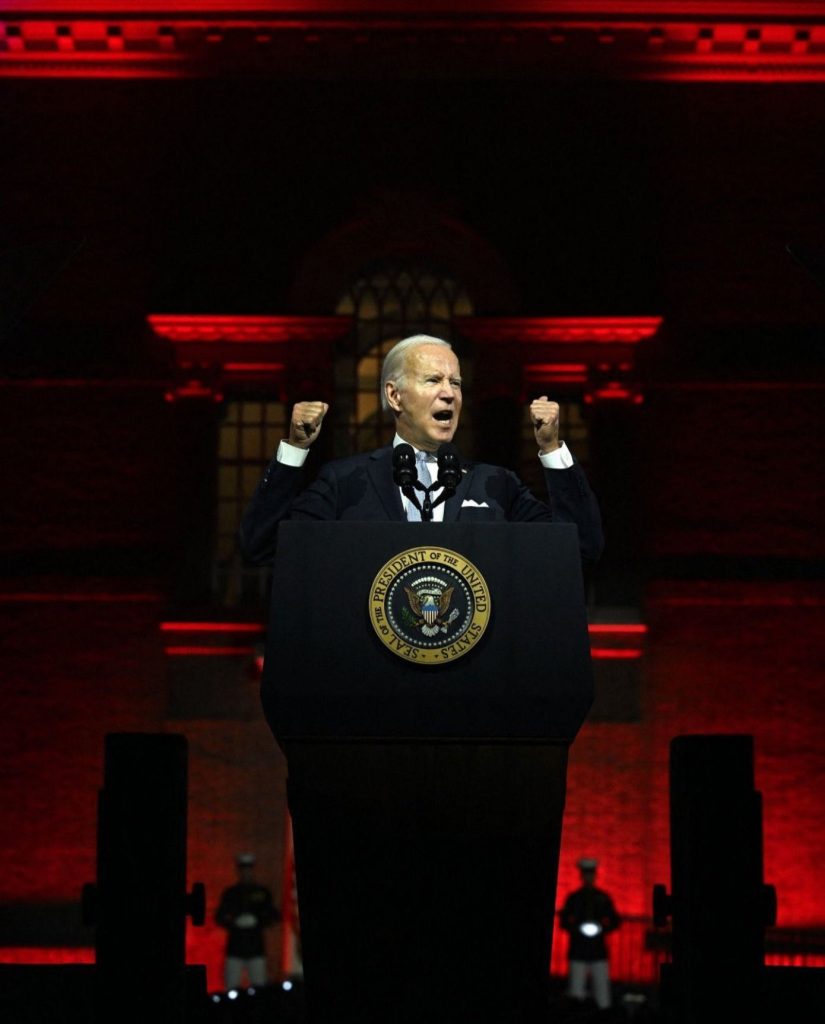 In his tirade, Biden smeared “MAGA Republicans” as a “threat to our democracy.” 74 million Americans had voted for Donald Trump in the 2020 election.

In his speech, he said that what is happening today in the country is not normal and that Donald Trump and MAGA Republicans are a "threat to our democracy." pic.twitter.com/lclCW15bXV

Biden had previously referred to MAGA supporters as “semifascists.”

“What we’re seeing now is either the beginning or the death knell of an extreme MAGA philosophy,” Biden said Thursday at a million-dollar fundraiser, according to a pool report. “It’s not just Trump; it’s the entire philosophy that underpins the — I’m going to say something, it’s like semifascism,” he added of former President Donald Trump.

Jennifer Rubin, the nominal ‘conservative’ Never Trumper at the Washington Post, claimed that there were QAnon supporters at the Trump rally who were giving a ‘salute’ that was similar to the Nazi salute.

Donald Trump has gone full QAnon. As he spoke during a rally for Ohio Republican candidates on Saturday, a soundtrack associated with the conspiracy theory played. That elicited one-armed salutes — another QAnon symbol — from many attendees.

The display bore an uncanny resemblance to the infamous Nazi salute. The delusional incitement and zombie-like response should put to rest the notion that President Biden (or anyone) should be “reaching out” to these people. They are unreachable, and pretending otherwise misleads voters.

They were holding up a single finger commonly associated with ‘number one.’

The display bore an uncanny resemblance to the infamous Nazi salute. The incitement and zombie-like response should put to rest the notion that Biden should be “reaching out” to these people. They are unreachable, and pretending otherwise misleads voters. https://t.co/jf5pnPpn20

“As usual, the media is working hand in hand with the Democrats weeks before an election,” said spokesman Taylor Budowich.

This has absolutely nothing to do with Nazism or fascism; both ideologies use overt propaganda to achieve the totalitarian consolidation of state power. In other words, these agendas are the opposite of Make America Great Again, America First, or traditional American conservatism — all of which support a peaceful foreign policy, individual liberty, and Constitutionally limited government.