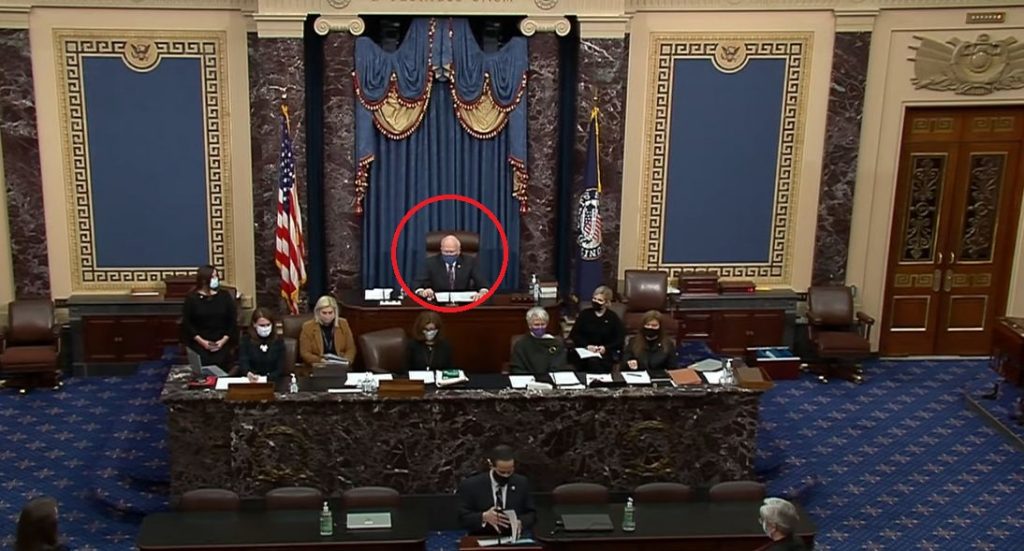 The nine House impeachment managers congregated today to advance the Democrats’ real agenda for America: Obtaining a Senate impeachment trial conviction against Donald Trump, so that he can never run for higher office again.

If you noted that Donald Trump is no longer President of the United States, congratulations, you may be more observant than the Democrats presenting this Article of Impeachment.

The Democrats’ case hinges on whether or not commonplace political phrases like “fighting” for one’s country or claiming election fraud is tantamount to inciting “insurrection” against the United States.

The U.S. Constitution has made it exceedingly hard to establish such claims as Treason and Sedition in a court of law, because American revolutionaries had experienced tyrannical abuses of the British crown and sought to protect private citizens from political retribution, such as the Democrats are plotting in the House and Senate.