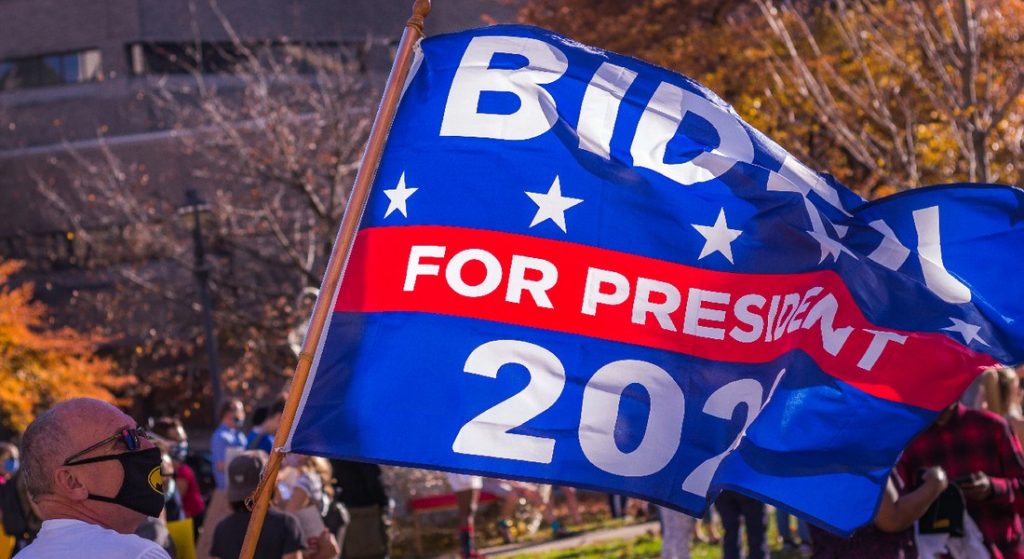 The House Democrats have proposed a bill that would make many of the nightmares of the 2020 presidential election a permanent feature of Americans’ voting life.

It should be noted that “fortifying” the election is the same verbiage used by radical groups, labor unions, and giant corporations that schemed in the shadows to interfere in the 2020 election and beyond to damage Trump.

The bill would be more aptly named the “For the Democrats Act of 2021.”

“Nothing in this subsection shall be construed to prohibit a State from having a law that allows for counting of ballots in an election for Federal office that are received through the mail after the date that is 10 days after the date of the election,” the bill says.

It may read like the legislation is merely about allowing states to make such changes to their own election laws, but it is effectively an admission that the Constitutional authority lay with the Congress to set an Election Day.

This bill would cede that authority to set an Election Day and open the federal elections up for a week-and-a-half, if states so chose. This is also a tacit admission that late-arriving ballots that were accepted in Pennsylvania due to the ruling of the state Supreme Court were highly constitutionally questionable.

The Congress argues that it has the constitutional authority to enact changes to election law by reasoning that it is contains “structural racism” that must be remedied by the Congress.

“Congress finds that it has the authority pursuant to section 5 of the Fourteenth Amendment to protect the right to vote,” the bill states. “Congress also finds that States and localities have eroded access to the right to vote through restrictions on the right to vote including excessively onerous voter identification requirements, burdensome voter registration procedures, voter purges, limited and unequal access to voting by mail, polling place closures, unequal distribution of election resources, and other impediments.”

“Congress also finds that it has authority to legislate to eliminate racial discrimination in voting and the democratic process pursuant to both section 5 of the Fourteenth Amendment, which grants equal protection of the laws, and section 2 of the Fifteenth Amendment, which explicitly bars denial or abridgment of the right to vote on account of race, color, or previous condition of servitude,” the bill goes on.

Extended criticism of the 2021 “For the People Act” comes from Kay James, who wrote a column, “Don’t Turn 2020’s Election Problems Into Law.”

“In 2016, I watched with dismay as some on the left questioned the integrity of the process that elected Donald Trump as president,” James writes. “They boldly declared that he was illegitimate, promptly launched the ‘Resist’ movement, and called for the end of the Electoral College.”

“Now I watch as the fraud, mismanagement and last-minute election rules changes that occurred in 2020 have caused those on the right to question the electoral process and Joe Biden’s legitimacy as president,” she continues. “In other words, hardly anyone—Democrats, Republicans and independents—trusts the process anymore, and legitimate concerns exist about the fairness and accuracy of our election.”

“Citizens are demanding that their elected leaders do something,” she goes on. “Yet a bill currently in Congress, ironically called the For the People Act (H.R. 1), would only make things worse. It would create a federal takeover of elections and force changes to election laws that would actually allow for greater fraud and election tampering.”

“Firstly, federalizing elections is a bad idea. Placing more power with the federal government just makes it easier for fraud, corruption, and abuse to be housed in one place,”  Kay reasons.

“Secondly, H.R. 1’s proposed changes to election laws do exactly the opposite of creating trust. Under H.R. 1, no one has to prove they are who they say they are in order to vote,” Kay summarizes. “It essentially outlaws voter ID laws and other identity verification procedures. It severely restricts the ability of states to check the eligibility of individuals registering to vote. It prevents states from participating in programs that compare state voter registration lists to detect individuals registered in multiple states. And it keeps them from removing many ineligible voters from their voter rolls.”

“Common sense election integrity measures such as requiring voter ID, not allowing non-citizens to vote, and making sure people can’t vote more than once in an election have nothing to do with suppressing the vote,” she adds.

National polls have shown lingering high levels of voter distrust in America’s elections legitimacy among both Republicans and Independents.

“Republican trust in elections ticks down again: 33 percent of GOP voters say they trust U.S. elections, down from 38 percent last week,”  a Morning Consult reported in early February on a Jan. 22-25 survey of 1,990 registered voters nationwide.

These numbers largely tracked with Rasmussen’s, which astonishingly found that even 30% of Democrats in the mid-November poll believed that it was likely “Democrats stole votes or destroyed pro-Trump ballots” in several states to win.

Later in February, an AP-NORC poll showed that an alarming number of Republicans believed that Biden was not a “legitimate” president. The AP reported:

About two-thirds of Republicans say Joe Biden was not legitimately elected president, according to a new poll conducted barely two weeks after he was inaugurated.

The House’s “For the People Act” appears to do very little to add legitimacy to U.S. elections based on voter integrity and security initiatives. The positive merits of the bill include provisions on mandating paper ballots be printed so that election workers have a paper trail to verify. Much more work needs to be done in this area.

But far from addressing the widespread concerns about election legitimacy, the Democrats’ proposals would weaken timely vote-processing, identification and residential authentication standards.

The bill would only serve to make the 2020 election debacle a recurring aspect of American life.