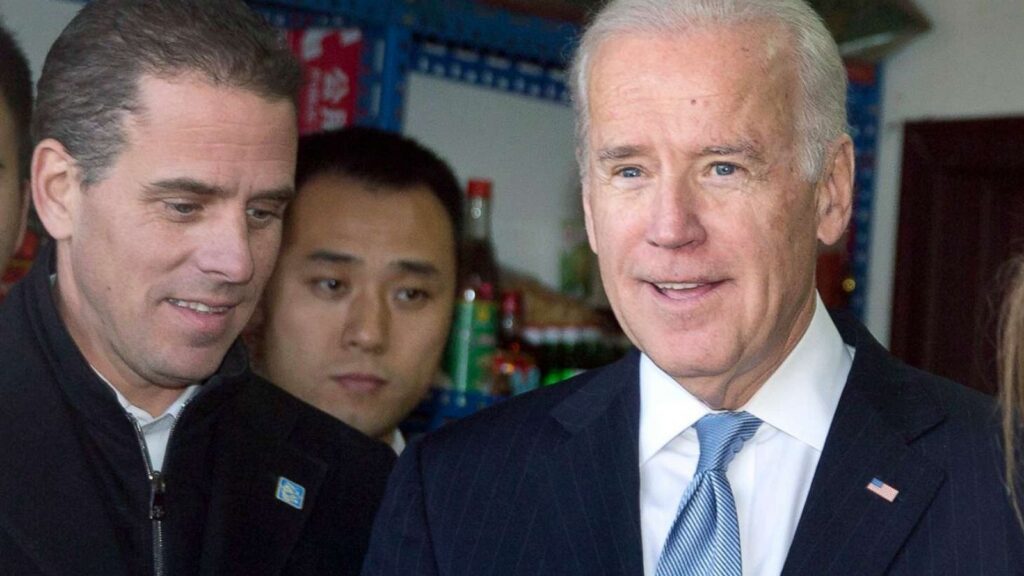 Hunter Biden’s business ties to his father Joe Biden’s administrations are being further established, as his ‘shady’ associates have been found to have visited the White House on numerous occasions. Meanwhile, Joe Biden currently has approximately $5.2 million in income that he did not report on government transparency filings, the Daily Mail found in an analysis.

Francis Person, who is now the head of Harves Group, a China-based real estate company, visited the White House at least 7 times in 2015 and 2016. Jill Biden has said that “Franny” is “like a son” to her and Joe; Person had introduced Hunter Biden to his CCP-connected firm in July 2015.

Such disturbing revelations have led Congressman like Rep. James Comer (R-KY) to deem Hunter Biden a “national security threat” and add to the growing chorus of those calling for a Special Counsel to investigation the Biden family for being compromised by foreign interests. Watch:

“I’m not a big fan of Special Counsels, but in this situation, the evidence continues to mount that not only is Hunter Biden unethical, and not only has Hunter Biden broken many laws, but also that Joe Biden could in fact be implicated in many of Hunter’s bad transactions here,” Comer said. “The emails, the financial records that what we’ve seen in the last few weeks is that Joe Biden’s brother is definitely involved in some of these shady business dealings. And now as the evidence continues to mount that the president is involved. I don’t see any way other than having a Special Counsel.”

Attorney General Merrick Garland, however, appeared to throw cold water on the notion that a Special Counsel would be ‘necessary’ to investigate the Biden’s business dealings. Rep. Comer responded that it appears the Biden administration appears to be operating at a handicap with Communist China, potentially due to his family being “compromised.”

“This is all about Hunter Biden being a national security threat, and trying to determine are the Bidens at a disadvantage herewhen dealing with China,” he continued. “Are they compromised by China? You know, my question is why wouldn’t the administration cooperate with Republicans’ efforts to determine the origination of COVID 19? We never accused the Democrats of creating COVID 19. We never accused the Biden family of doing anything to create COVID 19. We accused China, we accused the Wuhan lab. But at every turn, this administration has blocked every effort by Republicans to get to the bottom of what exactly went on in that Wuhan lab. That’s just one example, and I can cite many others where it appears that this administration is compromised by China.”

This week, White House Press Secretary Jen Psaki adamantly denied that the president got involved in his son’s business dealings.

Meanwhile, the Bidens’ tax returns show $5.2 million more in taxable income than he reported on government transparency filings, the Daily Mail found in an analysis.

“But the president’s financial filings reveal that he declared almost $7million more income on his tax returns than he did on his government transparency reports,” the U.K. publication reported.

“Some of that difference can be accounted for with salaries earned by First Lady Jill Biden and other sums not required on his reports – but still leaves $5.2 million earned by Joe’s company and not listed on his transparency reports,” the report added. “The ‘missing millions’ – combined with emails on Hunter’s abandoned laptop suggesting Joe would have a 10% share in Hunter’s blockbuster deal with the Chinese – raise a troubling question: did Joe Biden receive money from the foreign venture?”

The Biden financial filings also show that he paid hundreds of thousands of dollars of Hunter Biden’s business and legal bills, while amassing wealth that would constitute approximately ten percent for “the big guy.” It is currently unknown where the income originated.

Texas Sen. Ted Cruz argued that the logs demonstrated that the Bidens should be officially investigated for corruption.

“It’s increasingly obvious that Hunter Biden’s business revolved around providing access to his father and the highest levers of power,” Cruz told the Mail. “It reeks of pay-to-play. The clear solution is a Special Counsel investigation to fairly investigate the disturbing allegations of Biden family corruption.”

Wisconsin Senator Ron Johnson echoed the call for a special prosecutor to investigate the Bidens.

“Not everyone gets to meet the Vice President of the United States in the White House,” Johnson told the NY Post. ‘The press should be asking why Hunter Biden’s business associates — like Eric Schwerin — had that privilege and were given access to the Obama White House.

“This is additional evidence that Joe Biden lied when he said he never discussed Hunter’s foreign business dealings,” Johnson added. “It’s well past time for the corporate media to demand the truth from Joe Biden. The corruption of Biden Inc. must be exposed.”