In Deep Blue County Biden Won by 17 Points, a GOP Upset Signals That Midterms Will Be a Train Wreck for Democrats 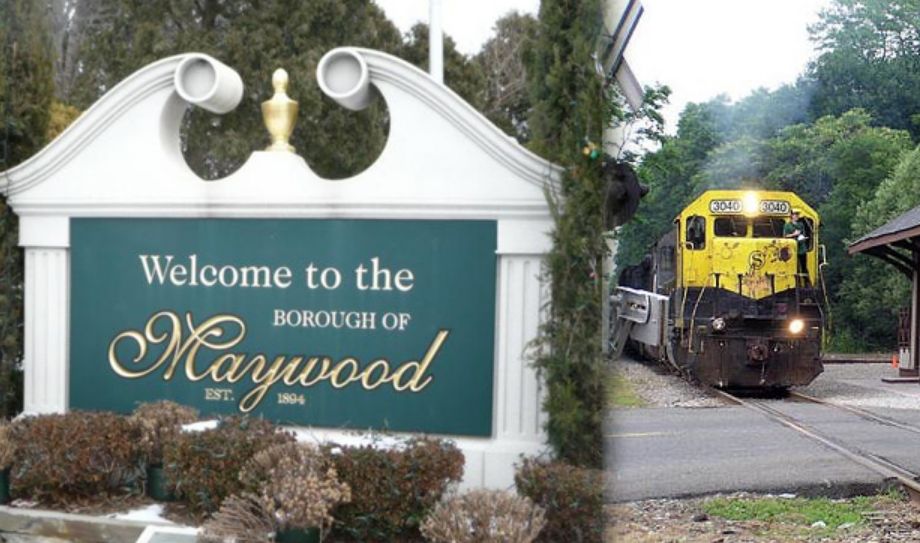 In deep blue Bergen County, a borough council race likely to result in a Republican teacher upsetting a Democratic incumbent may provide further evidence that a red wave in the 2022 midterms is all-but-unstoppable.

The New Jersey Globe on Tuesday night reported that “former school board member Danyel Cicarelli leads Democrat Katherine Bennin by 63 votes, 585 to 522, a margin of 52.9% to 47.1%.”

The Globe reported that Bennin won the mail-in ballots by 201 to 111, but Cicarelli, who is a public school teacher, took the in-person vote by 153 votes. There are vote-by-mail ballots that may still be counted until Monday, the report adds.

“Maywood has a Democratic mayor; Democrats were defending a 6-0 council majority going into the 2021 election,” the Globe adds. “Democrats will now have a 4-2 majority on the council if Cicarelli is certified as the winner, making 2022 a control election in a suburban Bergen County municipality that tilts blue.”

“Democrats make up 39% of the registered voters in Maywood; Republicans are 20% of the local electorate,” the report noted.

There is the matter of whether or not anything can be gleaned from the probable upset, should Cicarelli’s lead withstand the expected ‘magically appearing’ mail-in ballots between now and Monday.

“Republicans win a council seat in Maywood — a new election after the November race ended in a tie. Maywood is a Democratic town — is this a harbinger of the 2022 midterms?” Globe editor David Wildstein asked on Twitter.

Although nothing is assured, we can certainly unpack the recent district, county, and borough election results to further divine the likelihood that an upset GOP borough council victory is a litmus test for Democrats’ fortunes in the 2022 midterms.

Maywood is located in New Jersey’s fifth Congressional district, which is represented by Josh Gottheimer. The Democratic incumbent defeated the Republican challenger Frank Pallotta by 7.5 points in the 2020 elections. In the 2018 midterm elections, when Donald Trump was president, Gottheimer defeated his GOP opponent John McCann by 13.7 points.

The fifth Congressional district makes for an interesting bellwhether — if such a thing exists anymore after the 2020 election — because it is a blue district that has leaned Republican in the recent past and because it has a strong elasticity index. FiveThirtyEight’s elasticity score for states and congressional districts measures “how sensitive it is to changes in the national political environment.” This district’s elasticity score was rated as 1.09. That means that for every 1 point the national political mood shifted toward a party, the district was expected to move 1.09 points toward that party.

The Cook Political Report currently has the district as Likely Democratic ahead of the 2022 midterm elections.  The fifth Congressional was rated as R+3 as recently as 2017, however, according to the Cook Partisan Voter Index.

If you drill down to the county level where the council race took place, Bergen County, you find that it is heavily Democratic. The following are the Democratic MOVs in the past presidential elections. 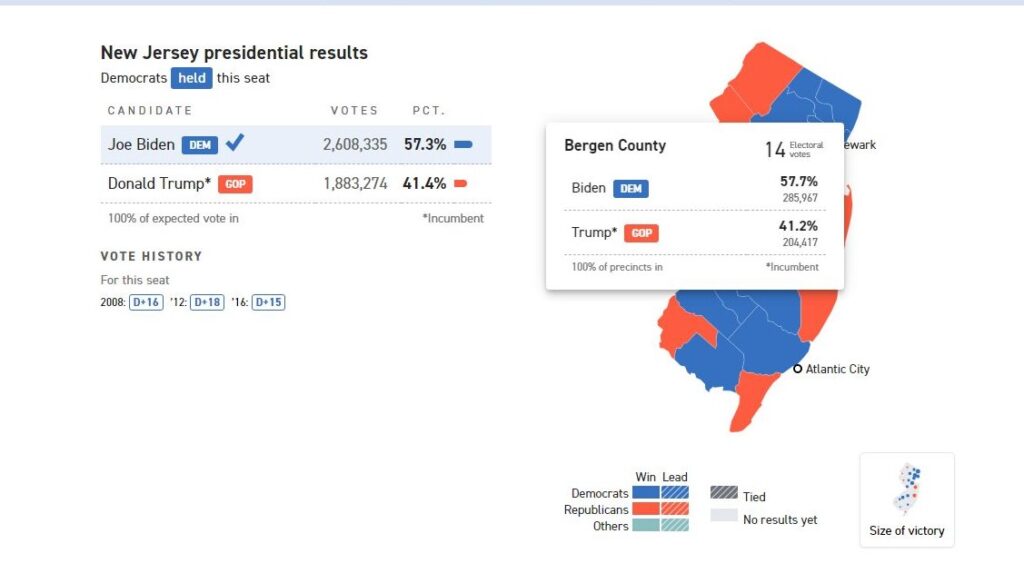 If you drill down to the precinct level of Maywood, New Jersey, you find that Biden beat Trump by a 17-point margin (2509 votes to 1,427 votes).

In the big picture, the RealClearPolitics average of polls shows that the Republicans currently hold a 3.3-point generic ballot edge; however, the margin has been reported to be as high as R+6 and R+8 in the last month. The generic ballot typically tends to overstate Democratic Party strength, suggesting that the true GOP edge going into the 2022 midterms may be 2-3 points higher than the polls show.

Furthermore, the Democrats’ traditional voter registration edge has been dissipating in key battleground states, including Pennsylvania, North Carolina, and Florida. But a recent poll from Trafalgar Group, typically an accurate elections pollster, suggests that you can stick a fork in the Democrats. They are toast in the midterm elections.

“A poll from the Convention of States Action (COSA) in partnership with the Trafalgar Group showed Republicans enjoyed 54.4 percent support in the upcoming midterms, compared to just 41.9 percent for Democrats,” Newsweek noted about the poll.

Unfortunately for the Democrats, none of their policies appear to be working: The economy is racked with supply chain and inflation issues, gas prices are a persistent real-world problem, and the party clearly appears to be out-of-touch with many working and middle-class Americans.

The Democratic Party’s usual spiels about the never-ending Covid threat, climate change, racial politics, and the riot on January 6th are no longer compelling to most voters: Americans want actual results that make a positive change in their lives — and they want it now.

Watch: Trudeau Gets Shouted Down Multiple Times in Parliament as His Support Collapses