BLM Advocate Refers to Trump Supporters as ‘Maggots,’ Reveals What CRT is *Really* All About 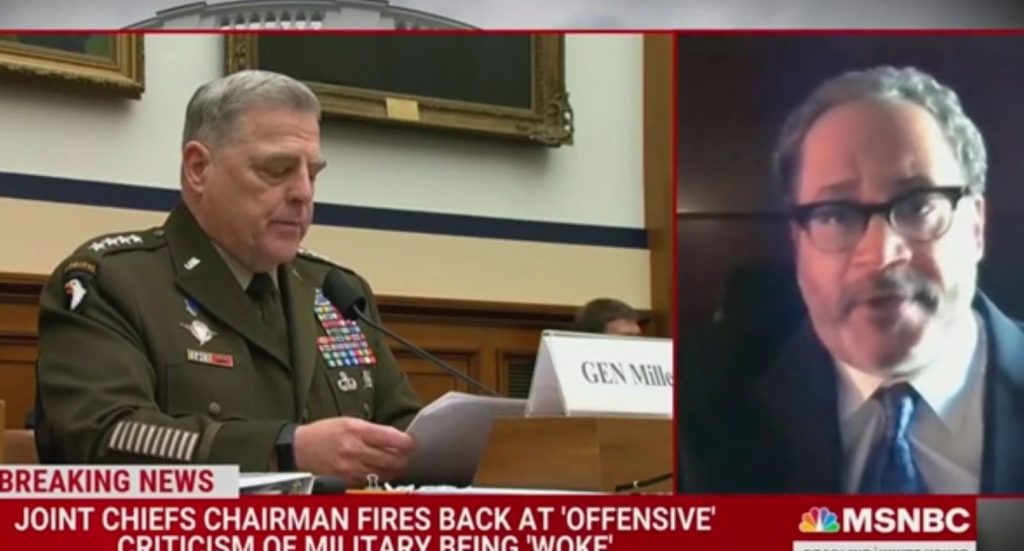 Black Lives Matter purports to be about social justice for black Americans. But when activists like Eric Dyson speak out on issues like Critical Race Theory, it is difficult to escape the conclusion the radical left has something more insidious in mind.

While on MSNBC on Wednesday, Dyson used classic dehumanizing language that would be characterized as “hate speech” if it were uttered by someone of the right-leaning persuasion.

“I agree with brother Tim [Miller of The Bulwark] in speaking about, you know, the maggots — I’m sorry, the MAGA,” Dyson said. “That is so corrosive in this, you know, political moment.”

“Can I tell you, Nicolle, that as a black person, as a black intellectual, as a black person with a PhD from Princeton University who’s taught at several Ivy League schools, isn’t it interesting before black and brown and minoritized and racialized groups could get in, before women could get in, those were the gold standards, Harvard, Yale, Princeton, Vanderbilt, University of North Carolina, and on and on,” Dyson said. “And when we get in, all of a sudden it becomes the bete noire, it becomes a benchmark of being a sellout.”

Dyson also addressed what Critical Race Theory is actually all about. If you go into these ivory tower universities, it is exactly what they will tell you about CRT.

“All critical race theory is saying is that it’s not about individual acts of bigotry or bias or racism, it is a systemic and institutional network that should be somehow discerned and dismantled,” he said. “Let’s not point the finger at individual white brothers and sisters and say, aha, we caught you. Let’s look at a system that produces and reproduces the pathology of bigotry.”

It is not about individual responsibility, you see. It is not about not being personally bigoted. It is about giving the radical left power to turn the entire system upside down and recreate it as the power-hungry progressives see fit.

Biden Taunts 2A Supporters: ‘You Need F-15s or Maybe Some Nuclear Weapons’ to Take on Government