Big Tech giants are doing nothing to ease concerns about their active interference on behalf of Biden in the U.S. election. If anything, these overly powerful companies are continuing to show whom they have been all along — partisan activists attempting to hide the truth from the American people.

One bizarre and recent development is the scrubbing of social media ‘dislikes’ from videos on Youtube. The Biden administration has been getting absolutely hammered on its video uploads. The following video on Military Readiness has 20K dislikes to 2.9K likes.

Another on a wreath-laying ceremony has a whopping 22K dislilkes to 2.9K likes. 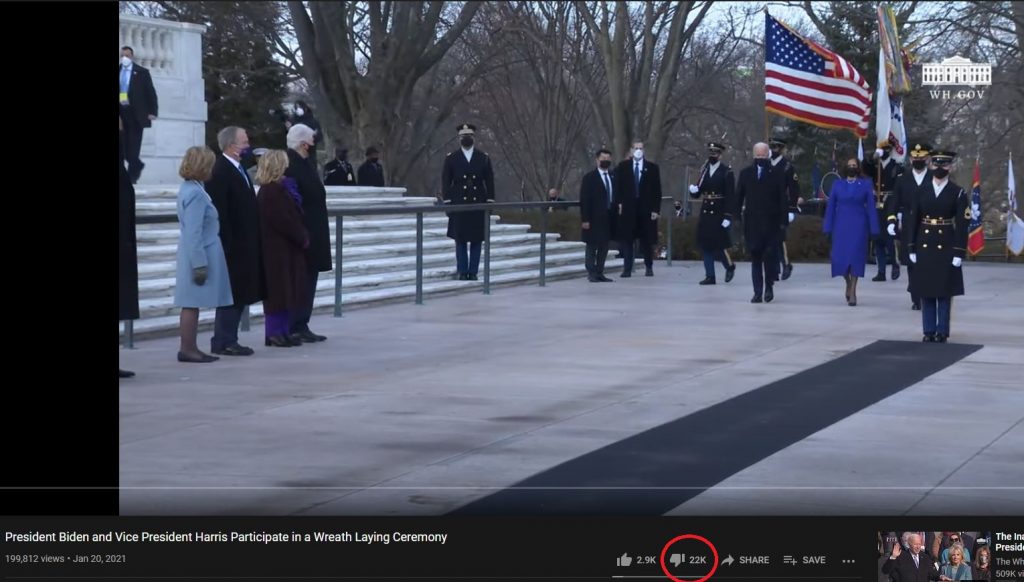 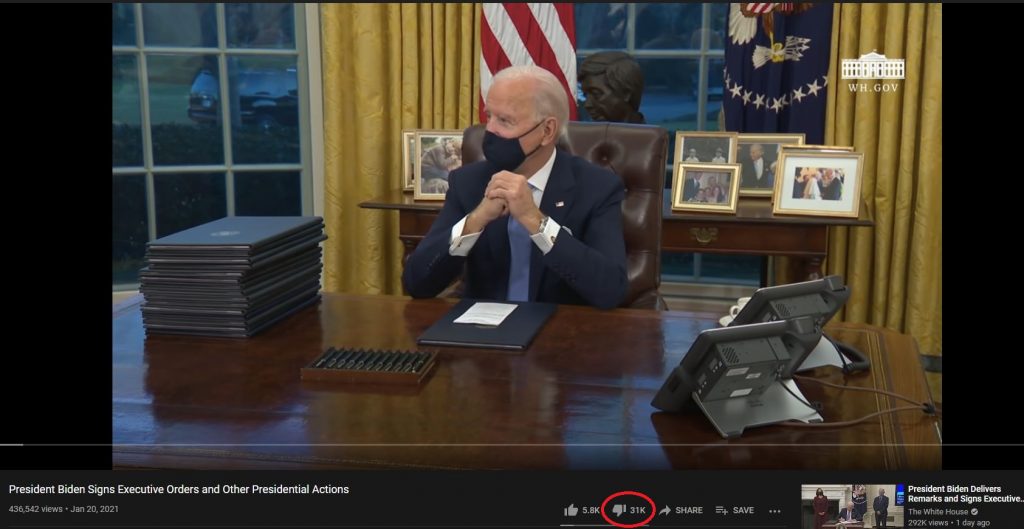 The National Pulse website catalogued other examples of Biden video dislikes. (I will try to notice that the likes are 2.9K or a multiplier of it.) It notes:

In contrast, President Trump’s latest address – live-streamed on the Right Side Broadcasting Network account – has over 145,000 likes and just 4,500 dislikes.

Numerous observers noted there appears to be scrubbing of dislikes.

And it will be justified with rationalizations just like ones used for AA. pic.twitter.com/A2Eo3GRk5A

Wait……… is this really true? did Youtube get ride of the number of dislikes on Joe Biden's first video? and then later private the video to hide it? pic.twitter.com/vltq9FAufA

The screenshots indicate a total of at least 16,000 dislikes were removed from at least three videos. Even after the adjustments, the five videos on the channel had about 14,000 likes combined versus nearly 60,000 dislikes as of 3:30 p.m. on Jan. 21.

In response to a screenshot of one of the videos, YouTube told The Epoch Times that it’s monitoring engagement on the site to detect and remove activity it considers spam so that only engagement it considers organic remains. The mechanism worked as intended in the case of the Biden video, the company stated.

There you have it: Youtube is removing some of the heavy dislikes for Biden, who ran a no-show campaign that garnered over 81 million votes, and is now entering office with one of the lowest approval ratings on record.