It is actually connected with 17-year-old Natalie Biden, the daughter of the late Beau Biden and his widow Hallie Biden, according to a forensic analysis performed by Breitbart News.

“The ‘Pedo Peter’ phone number was previously thought to be from Hunter’s iPhone, but Breitbart News’s forensic analysis of Hunter’s digital footprint shows the contact alias is from Hunter’s iPad, which appears to belong to Joe Biden’s grandchild named Hunter,” Wendell Husebo and Emma-Jo Morris conclude. “Joe Biden’s grandchild named Hunter is the son of Hallie.” 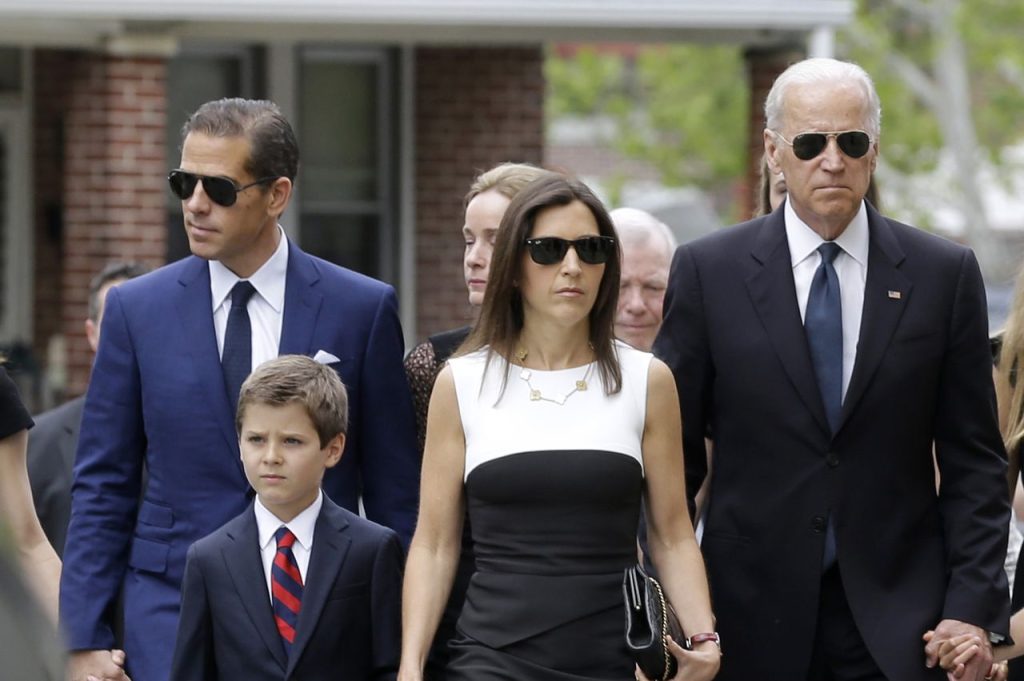 “I’m going to the boys b-ball game instead of practice because my teeth hurt so bad :sob: so that you don’t haft to pick me up at 3:00,” a text from Hunter’s iPad reads to a contact named, “mom.” The contact name “mom” matches the phone number of Hallie.

“The ‘Pedo Peter’ contact alias first made headlines from a reported hack by 4chan users into Hunter Biden’s personal iCloud account on Sunday,” the authors added. “Screenshots of the leaked data from the iCloud revealed unverified imagines of illicit activities with prostitutes and drug possession.”

There is an even a mega-viral song out performed by rapper Bryson Gray that mentions the ‘Pedo Peter’ alias. It has soared into the top ten on the iTunes charts.

I made a song about Hunter Biden’s iCloud getting hacked 🤣 pic.twitter.com/gc3I7eaLLX

Hunter Biden was in a romantic relationship with Hallie Biden, his dead brother’s widow, adding to the mystery of the moniker’s hidden meaning. Meanwhile, Hunter fathered a child with an ex-stripper.

The Arkansas Democrat-Gazette reported that a DNA test filed in court showed with “scientific certainty” that Hunter Biden is the father of a child by Lunden Alexis Roberts.

“The baby was born in August 2018, while Hunter was in a relationship with Hallie Biden, who was previously married to Hunter’s older brother Beau Biden, who died of brain cancer in 2015,” Geoff Herbert notes.

In June 2019, Hunter Biden would marry a widow, but it wasn’t Hallie Biden. It was Melissa Cohen — whom he tied the knot with after just six days of dating.

It would be merely scandalous if the Bidens’ salacious family secrets involved sexual indiscretions between consenting adults. But the evidence of pedophilia has become too glaring to ignore and demands further serious investigation by law enforcement authorities.

The potential for blackmail from America’s foreign adversaries is all-too-real. The victims may stem beyond those children Joe Biden has groped on video — it may include an entire country depending on the Biden regime for its national security.