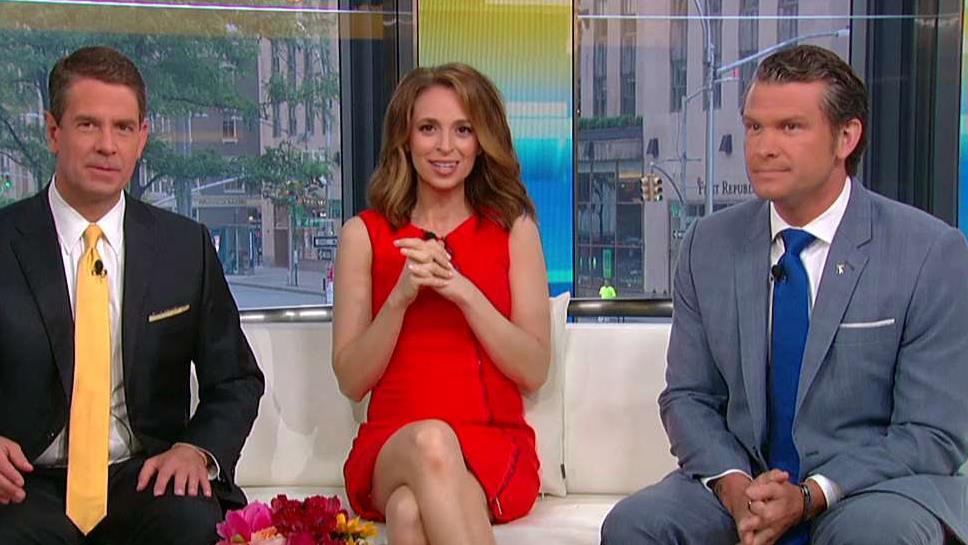 Jedediah Bila, author and weekend co-host for ‘Fox & Friends’ is unexpectedly leading the network, according to a press release from Fox News.

“We have mutually and amicably parted ways with Jedediah Bila and wish her all the best,” Fox News said in a statement. “The new co-host of Fox & Friends Weekend will be named soon.”

Bila, who is well-remembered for her stints on the channel, including on Red Eye and “The Five,” issued her own statement regarding her departure.

“Thank you to the Fox News reporters, anchors, contributors, and producers who have been an absolute pleasure to work with these last few years,” she said. “To the viewers who supported me throughout my journey there — I’m deeply grateful for you and hopeful you’ll join me on my next adventure. I’m really excited for what’s to come.”

In early May, weekend anchor and Trump critic Leland Vittert parted ways with Fox News, according to a press release.

As noted by The Hill, Bila progressively fell out of favor with conservative voices on the network when she became increasingly vocal about her anti-Trump views.

“While at Fox, Bila became known for voicing political opinions not shared by some of the other talent at the network, openly criticizing former President Trump and tweeting in support of Rep. Liz Cheney (R-Wyo.) after she was ousted from her leadership role within the House GOP,” the Hill reported.

“Enough with the 3rd grade name-calling,” she wrote in April 2020. “Chris is doing his job. The news should not be any president’s friend, ally, or buddy. If it bothered you when Obama complained about Fox News, but you’re silent on this complete nonsense, then just stop. Seriously. Enough.”

She also called on Trump to concede after the November election

“It’s going to fall on him. With great power comes great responsibility to say, ‘You know what? The process is done. This is the verdict. Let’s move on,'” she said.

Now, it appears that Bila herself is moving on, but it is unclear exactly where she will be going next.