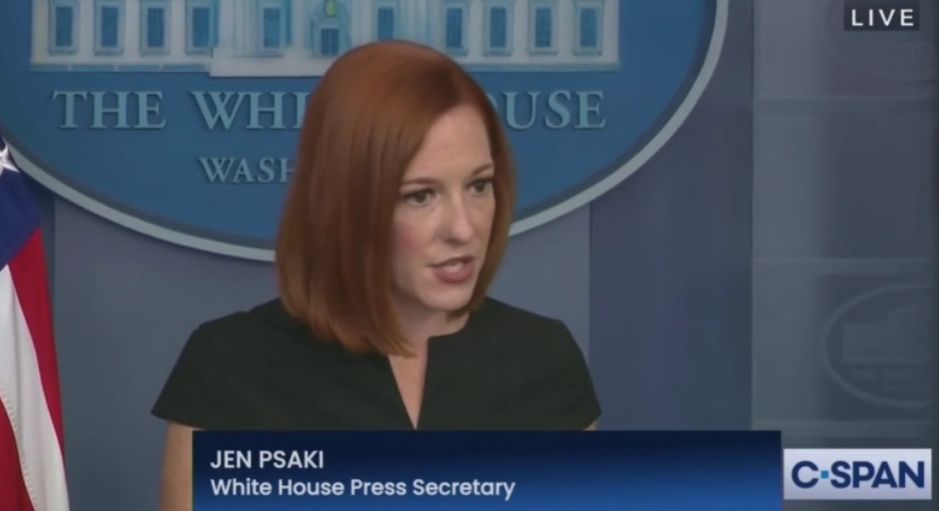 On Thursday, Psaki had circled back to an announcement she had made on Tuesday about the policy. She said that people who criticize the Biden policy were doing a “disservice” to the country.

Apparently, the White House poll tested the “disservice” line and found it wasn’t quite insulting enough. It decided to double down on Friday and accuse critics like South Carolina Governor McMaster of “literally killing people.”

“You were asked about this on Wednesday on the Air Force One, but I just want to go back to it because there is still pushback about the president’s comments, about going door to door to encourage vaccinations,” a reporter asked.

“The South Carolina governor said today that enticing, coercing, intimidating, mandating, or pressuring anyone to take a vaccine is a bad policy, that will deteriorate public trust and confidence in the state’s efforts. And Governor McMaster said he’s going to prohibit the state health agency from using administration’s targeting tactics. Can you respond to the governor and explain what it is that is being done and what is not being done in this outreach?”

“Yeah,” Psaki responded. “Well, let me first say that the failure to provide accurate public health information, including the efficacy of vaccines, and the accessibility of them to people across the country, including South Carolina, is literally killing people.”

“So maybe they should consider that,” she retorted. “But I would say that what this is and what it is — it is not, this is not federal employees going door to door. This is grassroots volunteers, this is members of the clergy, these are volunteers who believe that people across the country, especially in low vaccinated areas, should have accurate information, should have information about where they can get vaccinated, where they can save their own lives, and their neighbors lives, and their family members lives.”

That’s exactly what this is. It’s something that’s been going on since April and it’s something where we have seen an impact in states where there are lower vaccination rates. So it is something we will continue to — to work with local groups to do and it’s a disservice to the country and to people who may lose their lives, who may lose family members to provide inaccurate disinformation at a moment when we still fighting a pandemic.”

If only the Trump administration had thought of the argument that its critics were “literally killing people” if they disagreed.  It would have surely ended all argument over its policies to simple point out “people will die.”