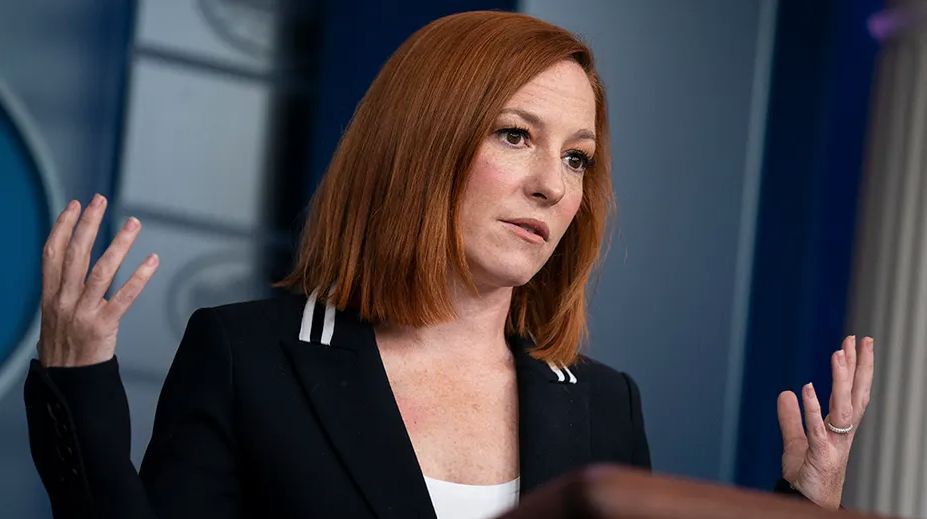 Jen Psaki not only has difficulty telling the truth at her press conferences, the White House Press Secretary is also honesty-challenged on Twitter, as well.

On Monday, Psaki tried to dispel the widespread public perception that it is Joe Biden’s fault that gas prices are going through the roof on Twitter. It all started when Rep. Jim Jordan (R-OH) accurately pointed out that gas prices have risen under Joe Biden.

You forgot to mention that gas prices are the same now as they were in June 2018. Or that this time last year unemployment was 11.1% — today it’s 5.8%.@POTUS agrees families shouldn’t pay more at the pump – that’s why he’s opposed to GOP proposals to raise the gas tax. https://t.co/tc5cDXrbJR

“You forgot to mention that gas prices are the same now as they were in June 2018,” Psaki chimed in. “Or that this time last year unemployment was 11.1% — today it’s 5.8%. POTUS agrees families shouldn’t pay more at the pump – that’s why he’s opposed to GOP proposals to raise the gas tax.”

Unfortunately for Psaki, there is a pesky thing called “charts” that put the lie to her claim. Lo and behold, from the director of operations for Lo Conservative:

As you can see, everything before 2016 was below $3 per gallon avg., while the Biden administration crossed that rubicon last seen (no coincidence) under the Obama administration.

Biden nonetheless does not seek an increase to the gas tax, while Capitol Hill hashes out a way to pay for the Democrats’ gargantuan “infrastructure” plan.

“President Joe Biden’s administration reasserted Monday that it would not support increasing the federal gas tax, a levy on fuel that hasn’t been changed since the 1990s, as he and a bipartisan group of senators try to hash out a way to pay for a massive infrastructure plan,” the USA Today reported.

The White House instead supports enforcing a minimum tax on corporations to pay for part of the $2 trillion infrastructure plan.

“The president’s pledge was not to raise taxes on Americans making less than $400,000 a year, and the proposed gas tax or vehicle mileage tax would do exactly that,” White House press secretary Jen Psaki said Monday. “So that is a nonstarter for him.” She also noted it would raise only $40 billion.

Newsweek on Monday published a ridiculous “fact check” that sought to run cover for skyrocketing gas prices being caused by the Biden administration’s policies, despite them being overtly against fossil fuels and oil refining.

“An AP fact check concluded that Biden’s policies on the Keystone XL pipeline, which carries crude oil from Canada to Texas through the Midwest, did not cause an increase in gas prices—though it could have a long-term impact on the supply of crude oil,” Newsweek noted.

“A PolitiFact fact check linked the rise in gas prices to the vaccine rollout, which has encouraged driving and air travel following a year of economic decline caused by the pandemic,” it continued.

These are absurd rebuttals to the actual facts: The Biden administration is shutting down pipelines (while approving of a Russian pipeline in Europe) and issuing executive orders that create a climate of uncertainty in the U.S. oil and gas market.

Whether or not the White House agrees to increase gas taxes, the Biden administration’s policies are contributing to rising inflation, which is the worst “tax” on the middle class of all.

“We Will Not Count Counterfeit Ballots in Future Elections”: Fulton County Defense Argues ‘No Controversy’ in Audit Case