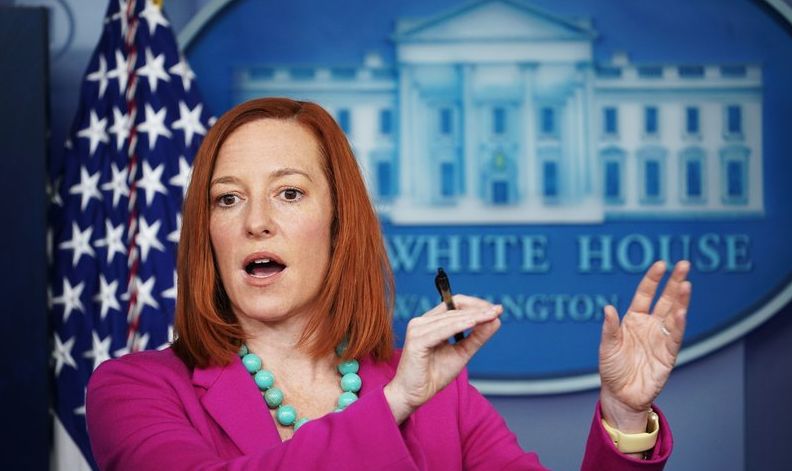 White House Press Secretary Jen Psaki was confronted with Tucker Carlson’s claims that the NSA is spying on him.

.@PressSec is asked if the administration is aware of Tucker Carlson's claim that the NSA is spying on him:

The NSA "is an entity that focuses on foreign threats… That is their purview. But beyond that, I would point you to the intelligence community." pic.twitter.com/HUphPQkabC

“Tucker Carlson said that the NSA is spying on him. Is the administration aware of any espionage or listening efforts on US citizens by the NSA, and is Tucker Carlson one of them?” a reporter asked Psaki.

“Well, the NSA has, I think you are well aware, everyone’s aware, everyone on this plane is aware, I should say, is an entity that focuses on foreign threats and individuals who are attempting to do us harm on foreign soil,” Psaki responded. “So that is their purview, but beyond that I would point you to the intelligence community.”

On Monday, Tucker Carlson made the allegation in the context of his research leading him to conclude that FBI informants were working the far-right extremist groups that showed up at the Capitol on January 6th.

“The FBI had sources in that crowd, confidential sources, that’s 100% certain,” he said. “But is not just political protest the government is spying on.”

“But unfortunately, they do and in this case, they did,” Tucker continued. “The whistle-blower, who is in a position to know, repeated back to us information about a story that we are working on that could have only come directly from my texts and emails. There’s no other possible source of that information.”

“They did it for political reasons,” Tucker went on. “The Biden administration is spying on us. We have confirmed that. This morning, we filed an employer request asking for all information that the NSA and other agencies have gathered about the show. We did it mostly as a formality and contacted the press office of both NSA and the FBI.”

“You don’t expect to hear much back, that’s the way that usually goes.,” he said.

However, the National Security Agency did respond to Tucker Carlson’s claim that he is being spied on in a statement issued Tuesday night. Alex Salvi of Newsmax reported the news.

“On June 28, 2021, Tucker Carlson alleged that the National Security Agency has been ‘monitoring our electronic communications and is planning to leak them in an attempt to take this show off the air’,” the NSA said.

“This allegation is untrue. Carlson has never been an intelligence target of the Agency and the NSA has never had any plans to try to take his program off the air,” the statement continued. “NSA has a foreign intelligence mission. We target foreign powers to generate insights on foreign activities that could harm the United States.”

“With limited exceptions (e.g. an emergency), NSA may not target a US citizen without a court order that explicitly authorizes the targeting,” the statemend added.

This is a developing situation worth watching. It will be interesting if Tucker Carlson produces more evidence that his show indeed has been spied on.

Tucker Drops *Bombshell* About FBI Involvement in Jan. 6, Then Reveals Chilling Tip He Got from Whistleblower