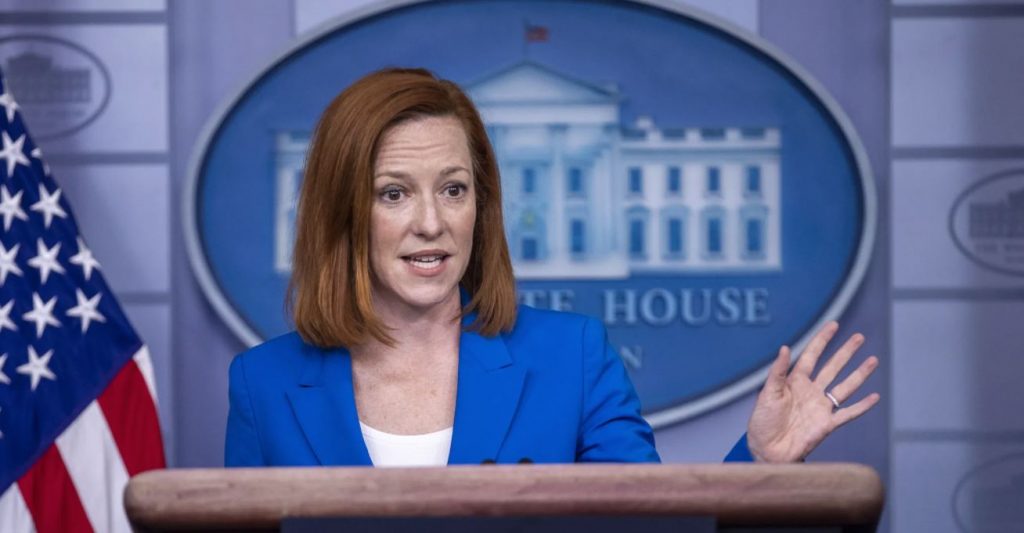 One day after causing a stir by admitting the U.S. government was colluding with Facebook to silence purported COVID ‘misinformation,’ White House Press Secretary Jen Psaki took it a step further.

You could even call it a ‘great leap forward’ for Big Tech censorship in America. Watch:

“That has a broad definition,” she added. “Social media platforms are one of them. There are also areas where a lot of people get news and information. Sometimes they are accurate news items, reported by some of your outlets or accurate information shared by a neighbor. Sometimes there is information that is not.”

“This is not a new issue but it is an issue that is impacting people’s lives,” she continued. “So, a couple of the steps that could be constructive for the public health of the country are, providing for Facebook or other platforms to measure and publicly share the impact of misinformation on their platform, and the audience is reaching.”

“Also with the public, all of you, to create robust enforcement strategies that provide transparency about rules,” Psaki said. “You should not be banned from one platform and not others if you are providing misinformation out there.”

“Those are some of the steps we think could be constructive for public health, public information, and the right of the public to know,” Psaki said.

On Thursday, Psaki disclosed that the White House is “in regular touch with social media platforms” to censor what they deem is ‘misinformation.’

“We are in regular touch with the social media platforms and those engagements typically happen through members of our senior staff and also members of our COVID-19 team — given, as Dr. Murthy conveyed, this is a big issue, of misinformation, specifically on the pandemic,” Psaki explained.

It is hard to overstate how seriously dangerous the U.S. government colluding with corporations to censor critics of the party or its policies is to the free speech and freedom of the press rights of American citizens. It is something one might expect from China, or even communist Cuba.

AOC Blames the U.S. for Uprising in Communist Cuba: ‘The Cruelty is the Point’