Jen Psaki Gives the Game Away: If Election is About Who is ‘Most Extreme,’ Then Democrats Will Win 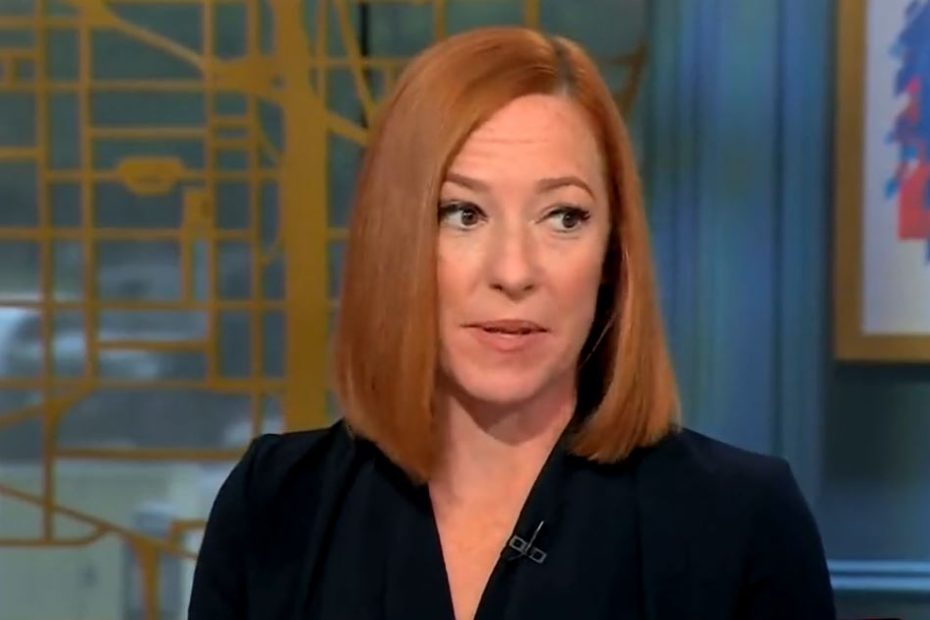 Jen Psaki, the White-House-Press-Secretary-turned-NBC-pundit, had an interesting breakdown of the 2022 midterm elections: May the most extreme party win.

If it comes down to which side is the ‘most extreme,’ the Psaki believes the Democrats will win. After playing an Arizona ad, she weighed in. Watch:

“Look, I think that Democrats, if the election is about who is the most extreme, as we saw, you know Kevin McCarthy touch on there with Marjorie Taylor Greene, I’ll say the same, sitting over his left side, then they will win,” she said. “They also know that crime is a huge vulnerability for Democrats. I would say one of the biggest vulnerabilities.”

“If you look alternate Pennsylvania, for example, what is interesting is always follow the money,” she continued. “The Republicans have been spending millions on the air on crime ads against Fetterman. That’s where they see his vulnerability. Yes, the economy is hanging on it, but you have to look at state-by-state factors.”

A New York Times/Siena poll from September, however, suggests that the economy significantly outstrips all the other issues.

“A New York Times/Siena poll released on Friday had bright spots for Democrats, but 49 percent of respondents said that “economic issues such as jobs, taxes or the cost of living” were likely to determine their votes in November, compared with 31 percent who saw ‘societal issues such as abortion, guns or democracy’ as decisive,” the Times noted. “And 52 percent of registered voters said they agreed with Republicans on the economy, versus 38 percent who said they agreed with Democrats.”

“Among those living in congressional districts that are rated as at least somewhat competitive by ABC’s FiveThirtyEight (neither solid Republican nor solid Democratic), registered voters favor Republican candidates by a wide 55-34%,” the poll stated.

The House GOP recently released an agenda ahead of the 2022 midterm elections called a “Commitment to America.” It emphasizes economic issues, border security, and tackling crime to make the nation safer.