Jen Psaki Has a Hilarious Reaction to Conservatives’ ‘Circle Back’ Mockery

White House Press Secretary is doing her best to keep it together after a stressful last few weeks. New job, new expectations, new things to “circle back” to.

Last Friday, she fueled the running gag that she tends to deflect difficult questions with the shopworn phrase. A number of viral superclips compiled the many times she’s invoked the phrase:

When she actually “circled back” to a reporter, it got even funnier, since she had to thumb threw notes and throw in a few trademark “umms” while she did it.

Today, she lashed out at conservatives who dared have some good-natured mockery for the new Biden administration.

“I hate to disappoint conservative Twitter but I’m going to ‘circle back’ on a number of things as we often do directly,” she remarked.

This spurred some comical reaction.

Told you Psaki was obsessed with tweets. She just confirmed this, which my source told me last week https://t.co/jqdac5hBA4

I find it funny Psaki thinks she's disappointing "conservative twitter" when she endlessly circles back instead of maybe the reporters asking the questions or the American people who need answers.

The only thing more annoying than Nickelback is Jen Psaki's "Circle Back." 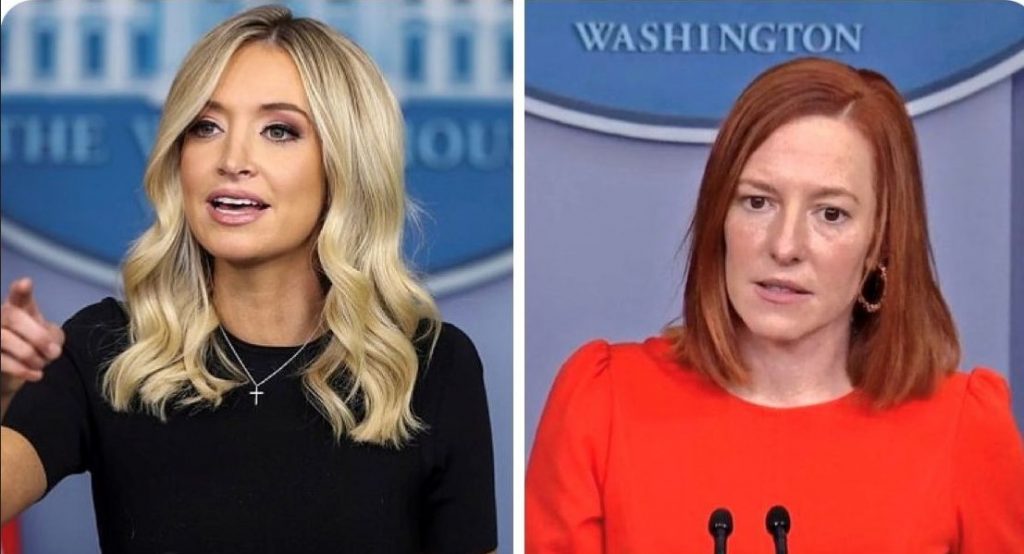 Poor Jen Psaki. She had to put up with one-millionth of the ridicule experienced by former White House press secretary Kayleigh McEnany.