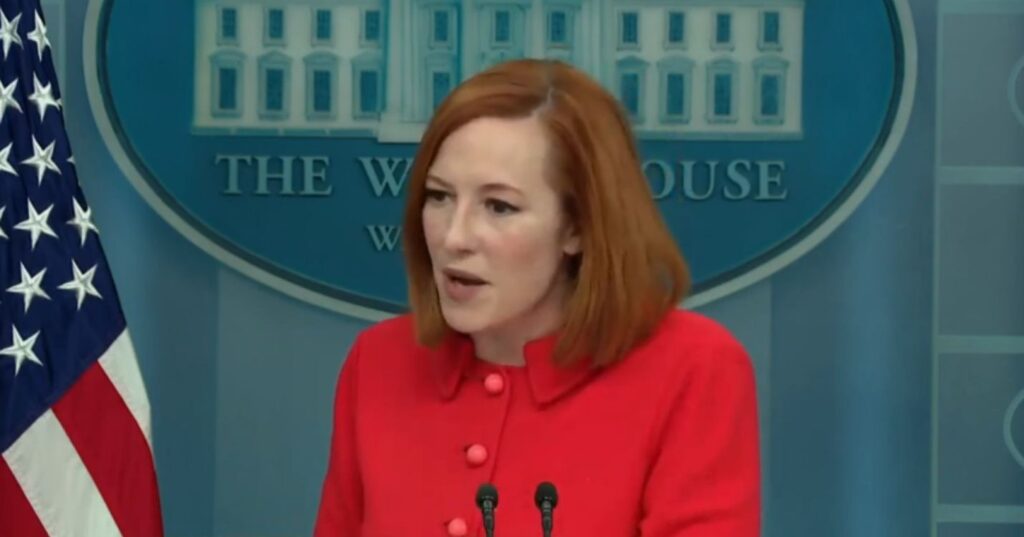 White House Press Secretary Jen Psaki was once again given the unenviable task of explaining the Biden administration’s boundless hypocrisy to a public that is now exhausted by its nonsense. No wonder she’s bolting for MSNBC.

On Monday, Psaki was confronted about Vice President Harris being caught at a children’s school with numerous children still masked up and giving the excuse it was an “emotional day.” Watch:

“On the issue of the vice president and the masking,” a reporter began. “Couple of times you’ve cited emotional day, important day, important role she was playing. You’re not saying that those things are reasons to not follow CDC guidance?”

“Absolutely not,” she replied. “And I appreciate your question on that. What I was conveying is that, you know, well, she has worn a mask, as is protocol, and as is our expectation of everyone from the Vice President, the President, all of us on down if you have a close contact, that there was a photo as Jackie said, and there are moments when she was human, and she didn’t have a fat mask on in a photo, but she has worn the mask. And certainly that is what we want to convey to the American people.”

“Is it because of the photo?” the reporter asked. “Because it’s an important day and the photo will live for decades that we all understand, I mean, I’m wearing a mask today, I don’t always wear a mask.” 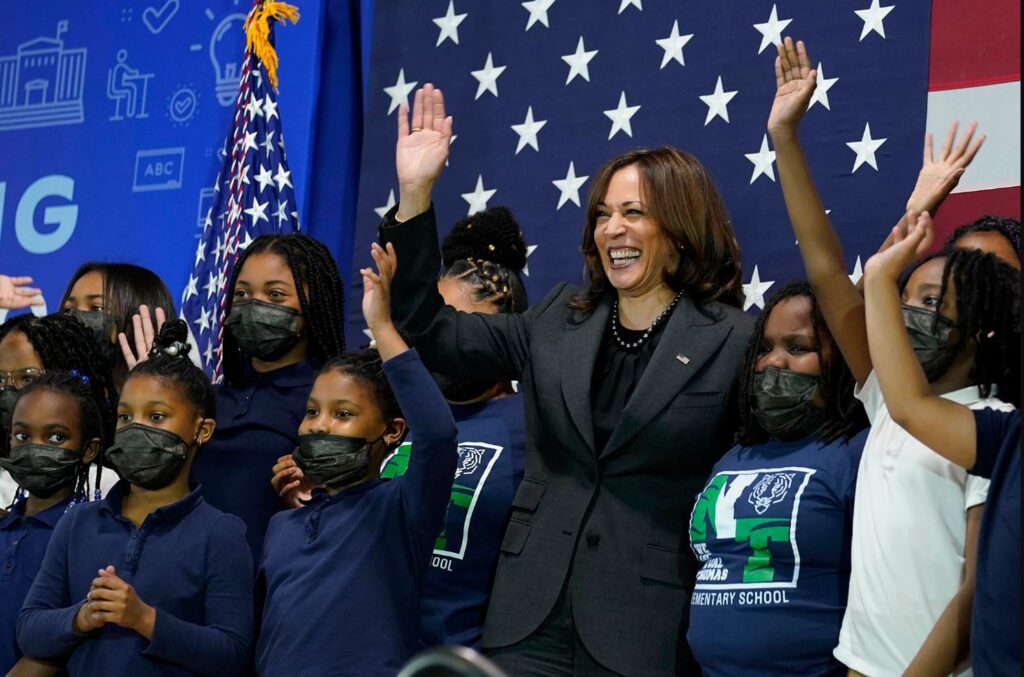 “Is that the reason?” the reported followed up.

“I think it was a decision made in the moment,” she said. “But it doesn’t mean that we don’t all try to be model citizens here and abide by what the CDC protocols are on requirements and I conveyed and wanted to reiterate that she did test negative in case those of you had not seen that, because she now is that that five-day pass, the close contact.” 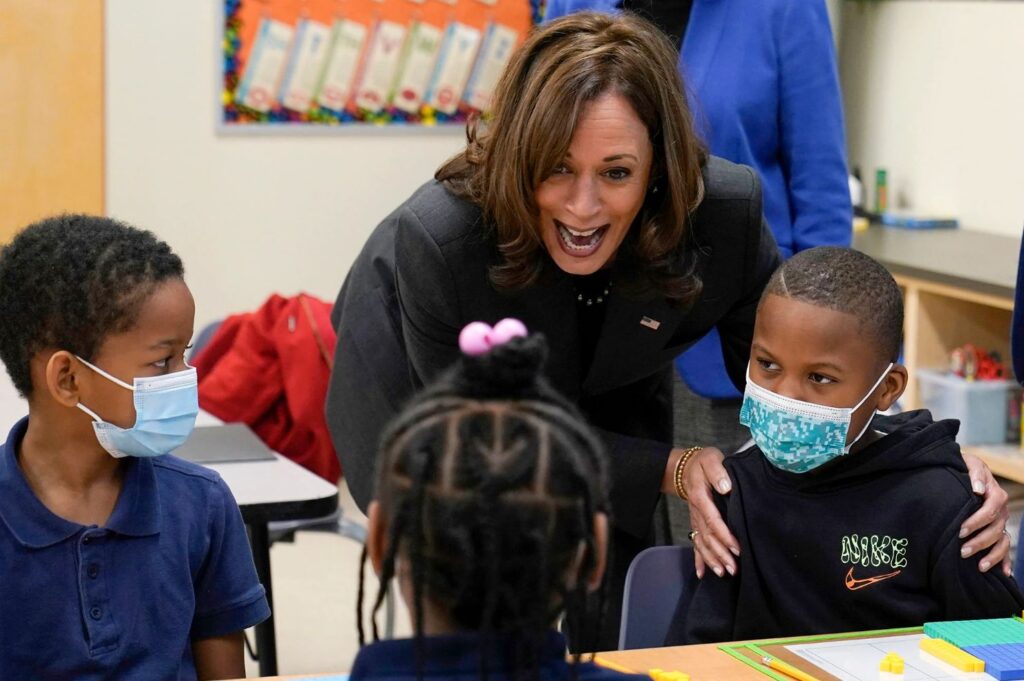 Then why the mandates?

Kamala Harris has been deemed a “close contact” of Covid due to her husband Doug Emhoff having recently contracted it.

I tested positive for COVID. My symptoms are mild and I’m grateful to be both vaccinated and boosted.

If you have yet to get vaccinated and boosted, please don’t wait. https://t.co/6bYZT38osN

On Monday, Dr. Nicole Saphier took New York City Mayor Eric Adams to task over his stubborn, unscientific insistence that toddlers in daycares and in pre-K schools around the city remain masked — even as adults like himself remain maskless.

Meanwhile, here he is at a party, maskless 👇pic.twitter.com/W4PZbrMMT6

“It’s important to remember that the World Health Organization has never recommended masking children 2 to 5 years of age,” Dr. Saphier said. “In fact, they only recommend selective masking in children 6 to 12 years of age.”

“But again, CDC, American Academy of Pediatrics continues to say everyone masked two and up,” she continued. “But, thankfully, Europe continues to come out as the heroes putting forth the data on children and masking. We had the Spanish study which showed 5-year-olds who did not wear masks had no change in transmission rates when it came to 6-year-olds who were wearing masks. All they showed, the older you are, the more likely you are to spread the virus, which we’ve been saying all along.” 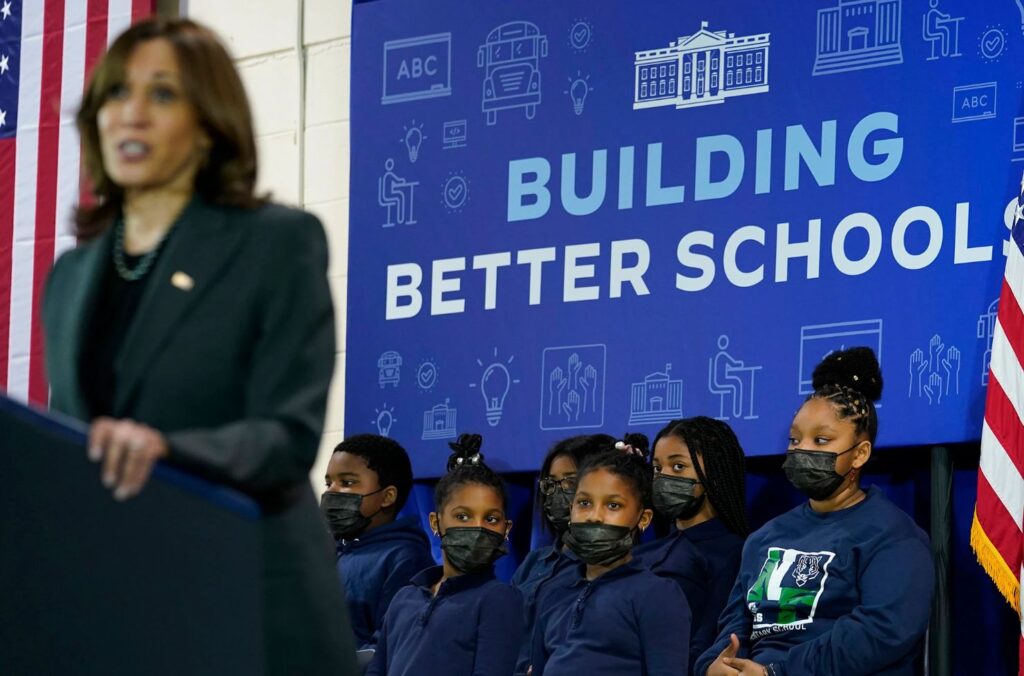 The science on childhood masking doesn’t stop immoral politicians from spreading Covid myths faster than the virus spreads itself. They don’t even believe their own lies — or else you would see politicians like Kamala Harris and Eric Adams always wearing masks.

Dr. Nicole Saphier Wrecks NYC Mayor Adams with Real Science on Masking Toddlers: ‘He Should Be Removed from Office’