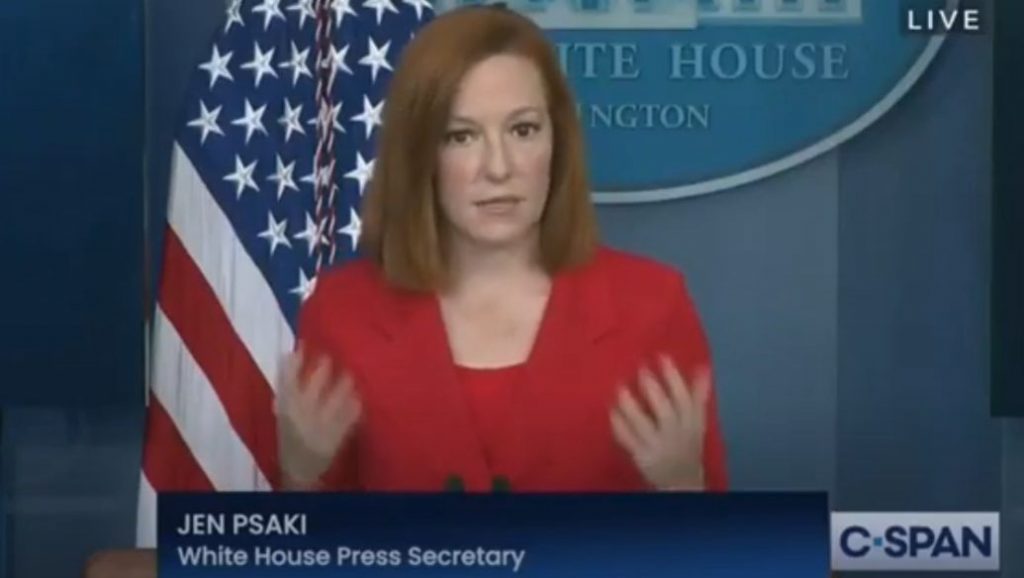 “We are also investing $3 billion to states and community organizations to strengthen vaccine confidence,” Psaki said, “The highest risk and hardest hit communities. And often, people just think of that as Black and Brown communities. It is not. As you have noted, it is also conservative communities, white Evangelicals, it’s a range of communities around the country.”

So, how do these elitist libs who run the Biden administration think is the best way to convince white conservative Christians that taking a vaccine makes sense? Reason and science? Ha ha, no. Truly ridiculous pandering!”

“What we have found to be most effective is to work with the local organizations,” she continued. “So, faith-based organizations, community health organizations, civic leaders, and others, who can really get this message deeply in communities.”

Dr. Fauci and Dr. Collins have done media interviews to promote the administration’s vaccine message, and Psaki adds where they are seeking out these apparently low-information vaccine candidates.

“We’ve run PSAs on the ‘Deadliest Catch,’ we’re engaged with NASCAR and Country Music TV,” Psaki added. “We’re looking for a range of ways to get directly connected to white conservative communities. We won’t always be the best messengers, but we are still trying to meet people where they are, but also empower local organizations.”

“The $3 billion initiative is part of a larger $10 billion plan the administration is putting toward communities it classifies as ‘highest-risk,'” The Hill reported. Controversially, the Biden administration’s focus was put heavily on racial minorities.

“Equity is at the center of the Administration’s COVID-19 response,” The White House’s press release said.

At least the Biden administration thinks that white conservative Christians are able to use the Internet.