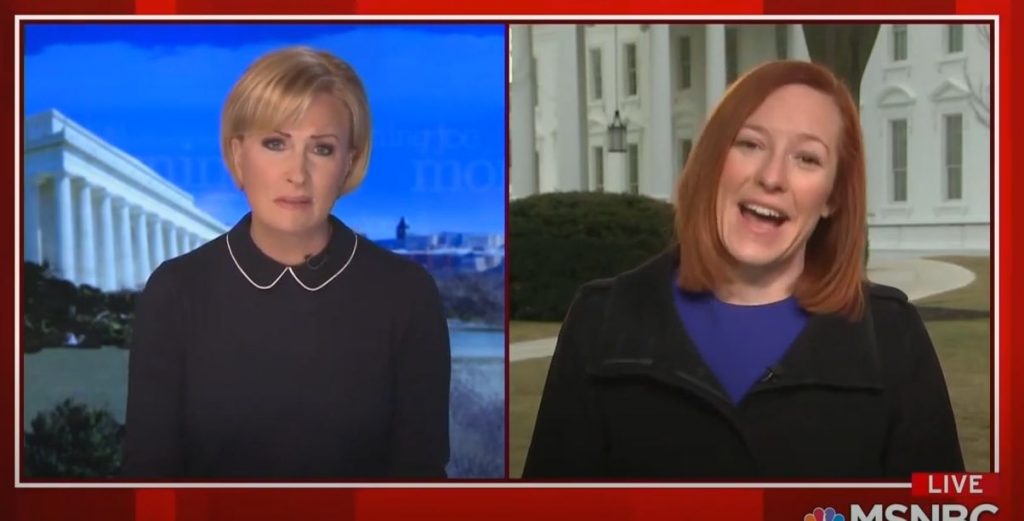 The Biden dog-biting mystery was a bit too hairy for White House Press Secretary Jen Psaki to discuss much on Morning Joe today.

“Before you go, I’m just curious, because I’m a huge fan of rescue dogs, is Major still there?” Mika asked while cringing. “There’s a report that he left. Did he bite somebody? Did Major bite?”

“I don’t have any specifics,” Psaki replied. “I don’t have any updates for you, Mika, on the reports about an incident. But what I can tell you, as a dog lover I know you are, is that Major and Champ are part of the Biden’s family. They are members of the family. They often go to Delaware when the First Lady is traveling. And they are adjusting to their new home. But I don’t have any more on those reports. I just know that they are beloved members of the family and, of course, of the White House family too.”

Psaki thus confirms that the Biden estate in Delaware is the dogs’ “new home.” Thus, something must have happened with Major.

Both CNN and TMZ reported that Major and Champ were sent back to the Biden family home in Wilmington, Delaware last week.

Biden isn’t having much canine luck. In December, the 78-year-old broke his foot while “tripping on a rug after a shower as he chased one of his dogs and grabbed its tail,” the New York Post reported.

Poli Sci professor Eddie Zipperer pointed out the huge disparity in coverage between pets under the Trump presidency and those under the Biden Doghouse.

Here are sample of headlines:

It looks like everything in this White House is going to the dogs.