White House Press Secretary Jen Psaki was put on the spot regarding Biden’s past effusive praise of New York Governor Andrew Cuomo, who is facing bipartisan backlash over a deadly nursing home scandal.

In the press secretary’s first Sunday sitdown interview, Psaki was asked to circle back to a statement Biden had previously made about the granny-killing governor.

“Your governor of New York has done one hell of a job,” Biden said in an April 2020 clip. “I think he is sort of the ‘gold standard’,” he added. 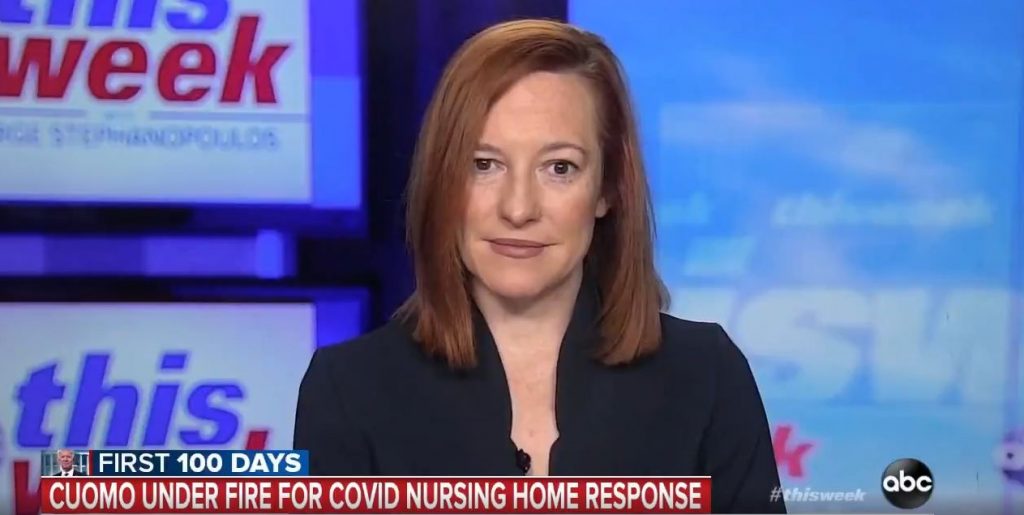 You can tell from Psaki’s deer-in-the-headlights reaction that this wasn’t the cozy cup-of-coffee questioning she was expecting heading into the ABC interview.

“Now we’ve seen that Governor Cuomo has ‘allegedly’ undercounted nursing home deaths, misled legislators in New York, and he called New York assemblyman Ron Kim… raising questions of… ‘threatening to destroy him’ I think was his actual words,” ABC’s Jonathan Karl led in. “So, does President Biden still consider Andrew Cuomo to be the ‘gold standard’ when it comes to leadership on the pandemic?” 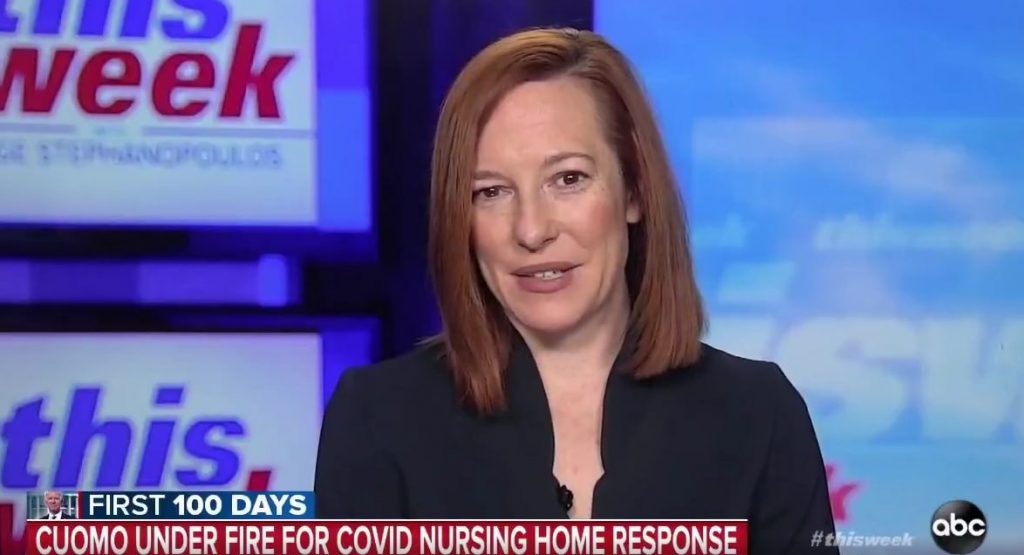 “Well, Jon,” she replied. “We work with Governor Cuomo just like we work with governors across the country. He is also chair of the MGA,” she helpfully pointed out about the standard practices of the government and fun facts about Cuomo’s biography.

“So, he has played an important role in ensuring that we are coordinating closely and getting assistance out to people of his state and states across the country. And we will continue to do that.”

Wow, that’s fantastic. But what about the scandal?

“There, of course, there will be a process, there (will be) investigations, we’ll leave that to others to determine, the appropriate law enforcement authorities to determine how that path is going to move as we look forward,” she continued, completely dodging the basis for the question. “But we are going to continue to work with a range of governors, including, of course, Governor Cuomo, because we believe the people of New York, the people of states across the country, need assistance, not just to get through the pandemic, but to get through this difficult economic time. And that’s where our focus remains.”

Meanwhile, thousands of Americans are focused on why their loved ones were lost in nursing homes in the state of New York. They are looking for answers. And right now, they are not getting them from President Biden or his White House Press Secretary.