Jim Jordan’s Nuclear ‘Rant’ Against Dr. Fauci Speaks for Americans Fed Up with Violations of Their Liberty 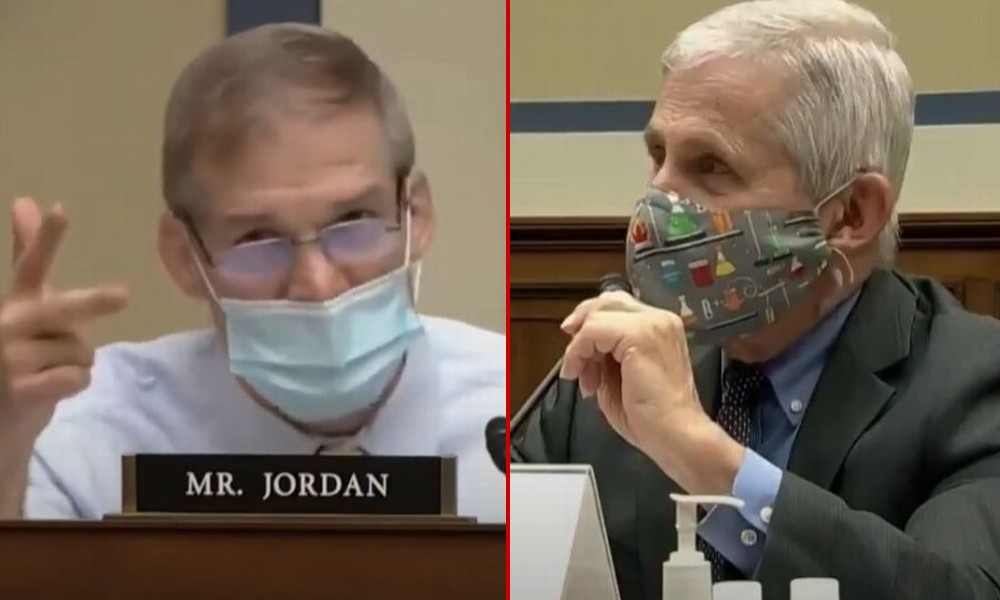 Doctor Fauci was just given a dose of his own medicine in the U.S. Congress. Rep. Jim Jordan unleashed a fiery ‘rant’ demolishing the deified doc and binging his glorified stature crashing back down to earth where it belongs.

“Give us your best guess, then,” Jordan said.

“I just did,” Fauci replied.

“No, no you didn’t,” Jordan responded. “You didn’t give us a time. When do you think this is — are we going to be here in two years from now wearing masks… asking Dr. Fauci the same question?”

“I am not ranting,” Jordan said.

“Yes you are,” he replied without answering the question.

“This is how it works, Doctor Fauci,” Jordan continued. “I get to ask the questions. You are the highest-paid official in the United States government. You have given us your advice on baseball, on dating apps, on cruise ships, you’ve told us zero masks, one masks, two masks, now back to one mask,” he went on, “I am just asking you, when is it going to end?”

“You can say I’m ranting,” Jordan went on, “I am actually asking the questions that the citizens I get the privilege of representing — and my name actually goes on a ballot. I don’t think your name has ever been on a ballot.”

“My name goes on a ballot,” he added. “The citizens I represent want to know the answer to when they can get their liberties back?”

“You can call that ranting, I actually call it standing up for the Constitution, which I take an oath to uphold, Dr. Fauci” he said. “Every dear, every term that I serve in this Congress representing the folks in the fourth district of Ohio. So, it is not ‘ranting,’ it is defending the First Amendment.”

“And we’d like an answer,” he finished. “Or your best guess. Since you’ve got an answer for everything else.”

Jordan makes another Republican politician who has vocally dressed down Fauci, along with Senator Rand Paul and Donald Trump.

It is progress to see more Congressmen finally push back against an unappointed official who is usurping Americans’ Constitutional liberties in the name of supposed “science.”