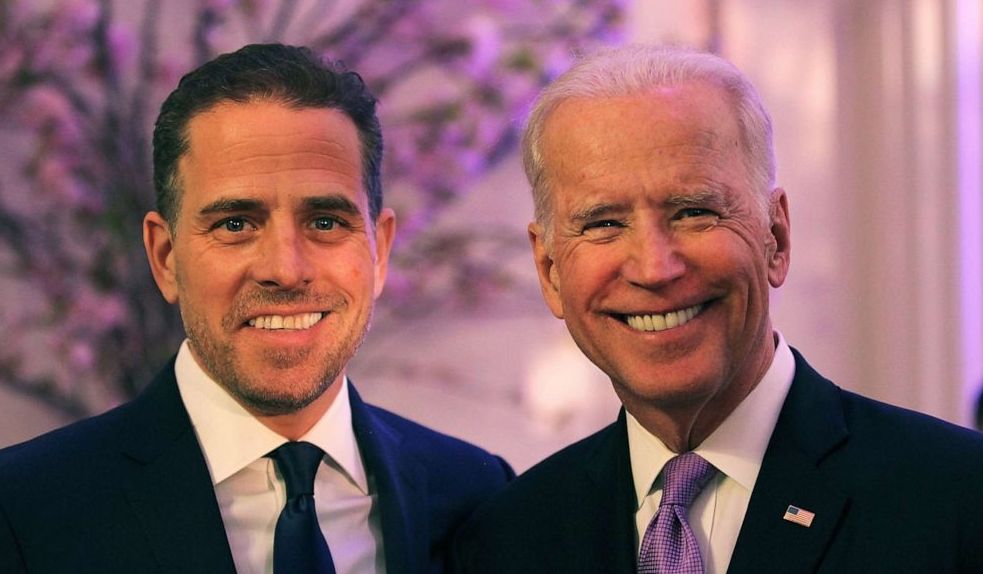 Joe Biden appeared to have learned some tricks from the trade from former Secretary of State Hillary Clinton about conducting illicit government business. The primary trick, namely, being to not leave a government paper trail when dealing with one’s jet-setting son when he is out engaging in shady business deals for which he’s not qualified while he is abroad.

When Biden was vice president, he sent a number of emails to Hunter Biden with government information in them under the private account robinware456@gmail.com, as was uncovered in Hunter Biden’s laptop. The findings were reported at Just the News.

“Messages, sometimes signed ‘Dad,’ from the email account robinware456@gmail.com were found on a Hunter Biden laptop seized by the FBI in December 2019 from a Delaware computer shop owner,” John Solomon and Natalia Mittelstadt reported.

The matter is more than a historical curiosity, however, because some of the messages recovered pertain to business relationships and government information; potentially, insider information.

One example cited by Just the News was a November 2014 email regarding a man in Turkey who was set to be released that was forwarded from the State Department.

“The lead attorney for Mr. O’Connor reports that the court granted the detention appeal and he expected Mr. O’Connor to be released from jail today, barring any unforeseen problems,” the U.S. embassy in Istanbul wrote, while copying several Obama national security officials. “Mr. O’Connor will not be allowed to leave the country until his next hearing which is set for December 11, 2014. The lawyer expressed confidence that he will be able to leave after that hearing. The attorney is handling his release arrangements, pick up and temporary housing near his law firm’s office. Istanbul consular plans to speak with Mr. O’Connor after his release.”

Joe Biden received this email from a government official and sent it to his son Hunter Biden with the subject line: “Fwd: Mr. O’Connor Being Released from Detention today.”

Critically, the report at Just the News corroborated that it was known among White House officials that Biden was using the private email robinware456@gmail.com.

“I saw it used to communicate with his family and friends or to pass information to them,” the official said. He maintained anonymity out of fear of retaliation, according to the reporters.

The crucial matter is that Biden appears to have violated federal records law, similar to the case of Hillary Clinton and her private ‘home brew’ server she used while Secretary of State.

“The Presidential Records Act required Joe Biden to make sure that any of his gmail account emails, including these emails to Hunter Biden, were forwarded to a government account so they could properly be handled by the National Archives,” Tom Fitton, president of Judicial Watch, remarked. “No wonder the Obama White House wanted to protect Hillary Clinton from the consequences of [her] email shell game!”

“We might know more beginning next year,” Fitton added, “when Judicial Watch and the public can begin filing FOIAs for Obama White House emails.”

AOC Calls for ‘Wartime Scale Mobilization’ to Fight… the Climate