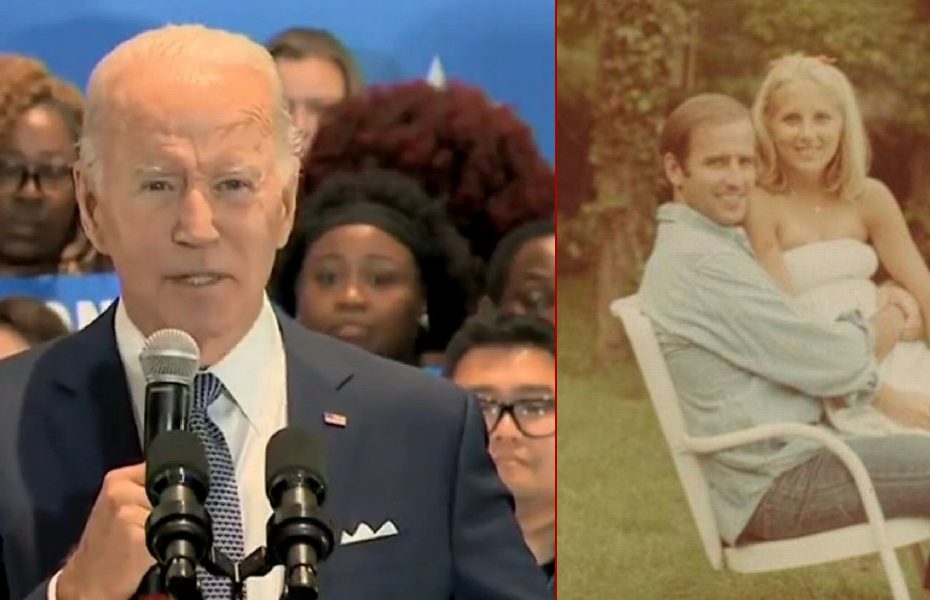 Joe Biden continues to raise suspicions about his sexual proclivities towards minors.

The president on Friday made yet another extremely awkward remark at a DNC speaking event with teachers from the National Education Association. Watch:

“But guess what?” he said. “We got a lot to do. Gotta say hi to me,” he added to his current wife Jill Biden.

While Joe Biden didn’t start dating Jill Biden until she was in her twenties, Biden’s comments draw fresh scrutiny on old allegations that have been either dismissed with ‘fact checks’ or swept under the rug.

In an Instagram post in 2020, Jill Biden claimed that Joe called her out of the blue in 1975. This would have been approximately when she was 24 years old. 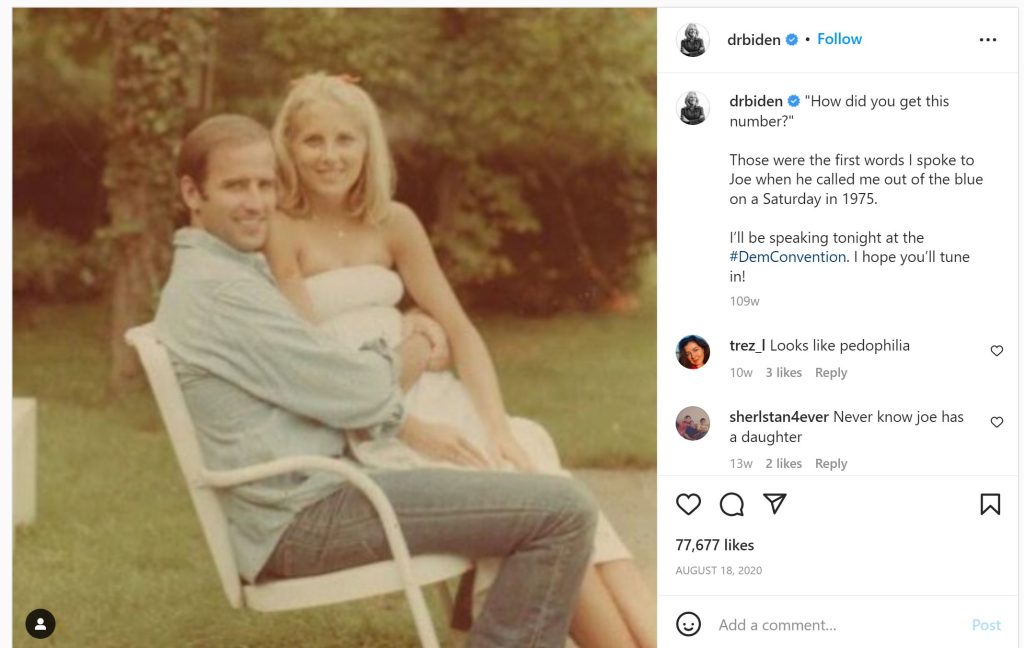 “How did you get this number?” she wrote. “Those were the first words I spoke to Joe when he called me out of the blue on a Saturday in 1975.”

However, Joe Biden’s remarks today suggest he knew her when she was half that age: 12 years old.

A purported ‘fact check’ sought to downplay speculation that Joe Biden knew Jill before his wife had tragically died in a car crash in 1972, along with his 13-month-old daughter Naomi.

“According to the White House website, the first couple ‘married at the United Nations Chapel in New York City in 1977 and she became the mother of his two sons, Beau and Hunter. Their daughter, Ashley, was born in 1981’,” MEAWW wrote. “Jill was married to her first husband, Bill Stevenson, from 1970 to 1975. Although there have been reports of Stevenson alleging that Jill and Biden had met while Stevenson was still married to Jill, the FLOTUS has denied the accusations.”

Yet, Joe Biden today puts the year that they actually met in 1963, which would have been nine years before his wife’s accident.

Whether this is yet another case of Joe Biden’s senility and braggadocious nature getting away from him by making a ‘joke’ in poor taste, it would be best for the president to steer well clear of making such remarks, given his track record.

In August, it was confirmed through legal action that his daughter Ashley Biden’s diary was real.

“Two Florida residents have pleaded guilty in a scheme to peddle a diary and other items belonging to President Joe Biden’s daughter to the conservative group Project Veritas for $40,000, prosecutors said Thursday,” the AP reported.

This is a big deal not only because of the extraordinary lengths that law enforcement went to in order to procure the private possession, but also because of what is in Ashley Biden’s diary.

This was the same ceremony where he fondled a girl on camera, who later accused him of pinching her nipples. Maria Piacesi was eight when she was with her Uncle Senator Steve Daines and met Biden. In the video, she is clearly groped. (You can watch the incident here.)

The question is thus raised whether Ashley Biden’s diary contains material evidence substantiating that Joe Biden had molested children. The FBI’s raid appears to be motivated by the aim to bury evidence, instead of exposing possible wrongdoing.

Yet the president’s comments today suggest that either Jill Biden lied about when she knew Joe Biden, or he lied today about knowing her at 12 years old when he was already 30, thereby suggesting that they developed a sexual relationship at some point despite an odd initial age disparity.

Either way, Joe Biden continues to make creepy remarks that should have the mainstream media concerned. If it were a Republican, the media undoubtedly would be raising serious questions. Since it is a Democratic President, however, the media will not only ignore Biden’s strikingly awkward comments, but all manner of his inappropriate actions.

At this point, the Democrat Media Complex is only making Joe Biden look more guilty by maintaining its damning ‘code of silence’ about this disturbing pattern of behavior.