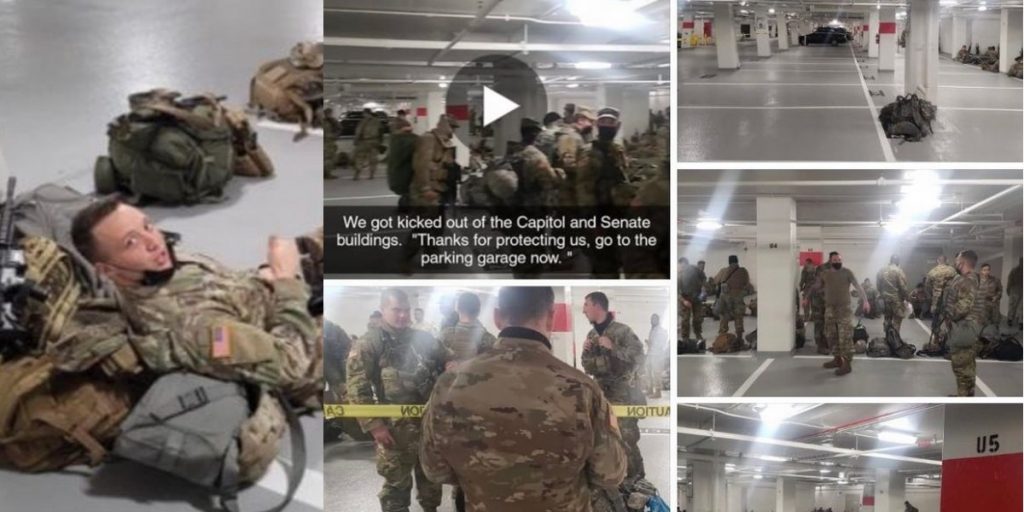 The new Commander-in-Chief Joe Biden seems to be getting off on the wrong foot in regards to his presidency’s relations with America’s soldiers.

New photos have surfaced showing just how much disregard our nation’s politicians are showing towards the welfare of the nation’s all-volunteer army and National Guard troops.

MILITARY SOURCE IN DC:
“For the last week my battalion has been sleeping on the floor in the Senate cafeteria. Today the Senate kicked us out & moved us to a cold parking garage.
5000 soldiers.
1 power outlet.
One bathroom.
This is how Joe Biden’s America treats solders.”

“MILITARY SOURCE IN DC: ‘For the last week my battalion has been sleeping on the floor in the Senate cafeteria,” Benny Johnson, host of the Newsmax show “The Benny Report,” reported. “Today the Senate kicked us out & moved us to a cold parking garage. 5000 soldiers. 1 power outlet. One bathroom. This is how Joe Biden’s America treats soldiers.” 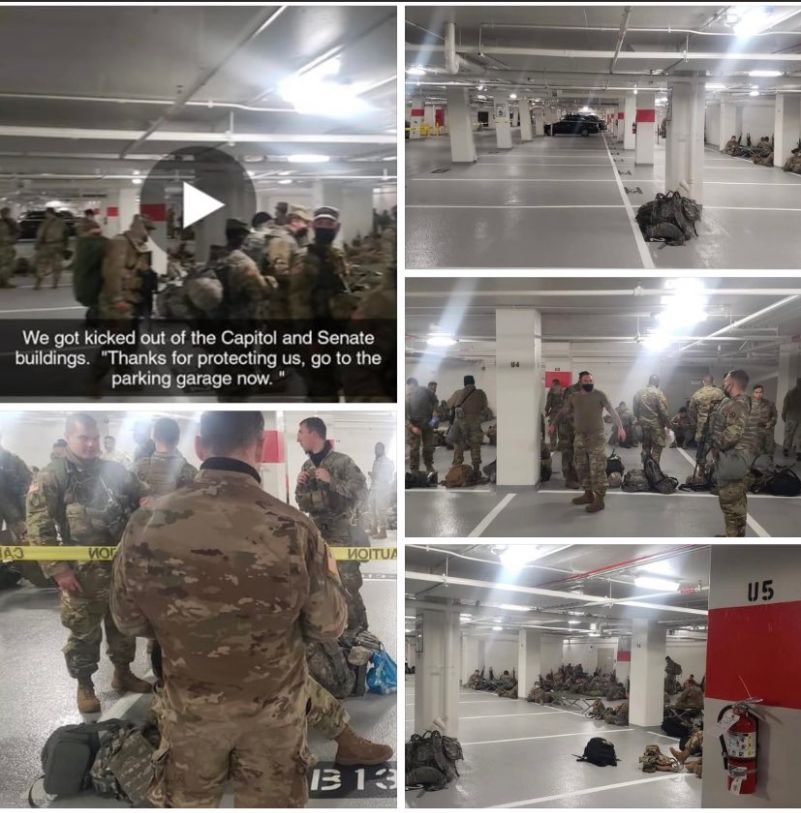 Politico also picked up on the story:

24 hours after the unexplained militarization of DC, Biden has sent our troops to sleep in a parking garage pic.twitter.com/qBZhY9zsep

“Thousands of National Guardsmen were forced to vacate congressional grounds on Thursday and are now taking their rest breaks outside and in nearby parking garages, after two weeks of sleepless nights protecting the nation’s capital in the wake of the violent Jan. 6 assault on the U.S. Capitol,” Politico reported.

“Yesterday dozens of senators and congressmen walked down our lines taking photos, shaking our hands and thanking us for our service. Within 24 hours, they had no further use for us and banished us to the corner of a parking garage. We feel incredibly betrayed,” one Guardsman told Politico.

It is expected that regular Army and National Guard troops be prepared to tough out inhospitable conditions. But after tens of thousands were called to the nation’s capitol to deal with the non-existent threat of thousands of Trump supporters attacking the capitol on Inauguration Day, you would think the Biden administration would ensure that their gratitude was duly felt. 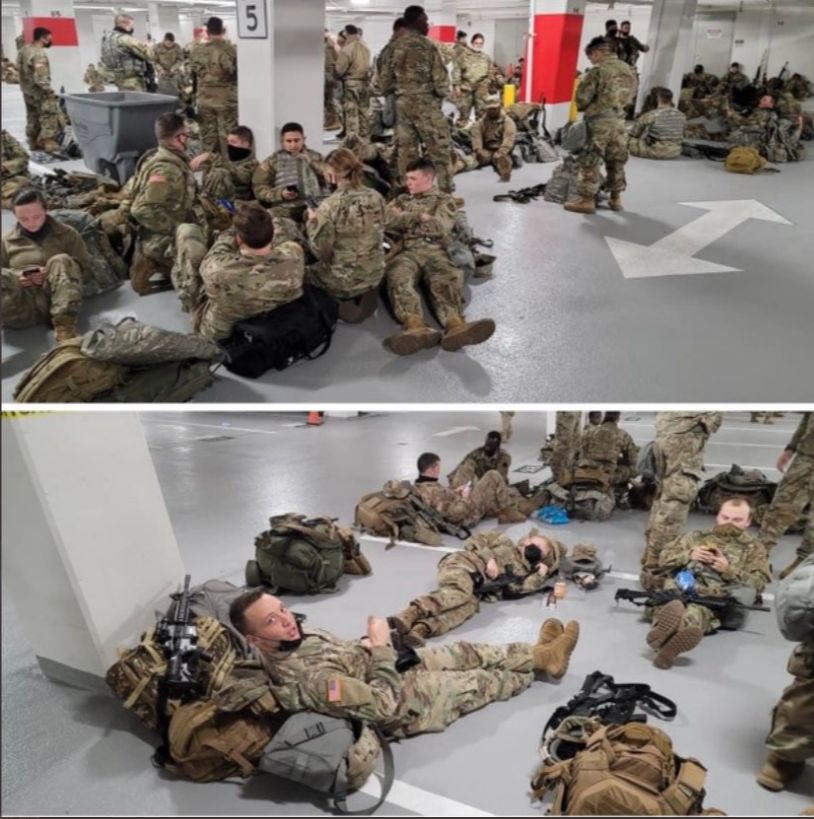 In other words, this is nothing but political theater at this point. A theater that is causing National Guard troops to sleep in cold parking garages with one toilet and one power outlet, according to the report.

This is not the first controversy facing the Biden administration. A video showing National Guard troops with their backs to Joe Biden as he drove to the Inauguration sparked speculation that they were disrespecting the incoming Commander-in-Chief.

The view from Biden’s motorcade as it made its way up to the Capitol pic.twitter.com/iYi79VaaRf

There at least has now been an explanation for the poor optics.

National Guard to ABC: “These National Guardsmen were on duty with a mission to protect the president against potential threats. Some are facing out to ensure the safety of all.”

This has not stopped some commenters from noting that there was not a “legitimate threat” at the time. It should be pointed out that there is no hard evidence that these troops meant any disrespect, although the scene may not strike viewers as a particularly good one.

The news comes as there are credible reports that National Guard troops were vetted for their ideology, including whether or not they may be affiliated with “extremists,” which according to the Democrats can include “religious extremists” and even “libertarians.”

At least 12 National Guard troops were removed from protecting D.C. during the Inauguration, but the Pentagon won’t even say exactly why.