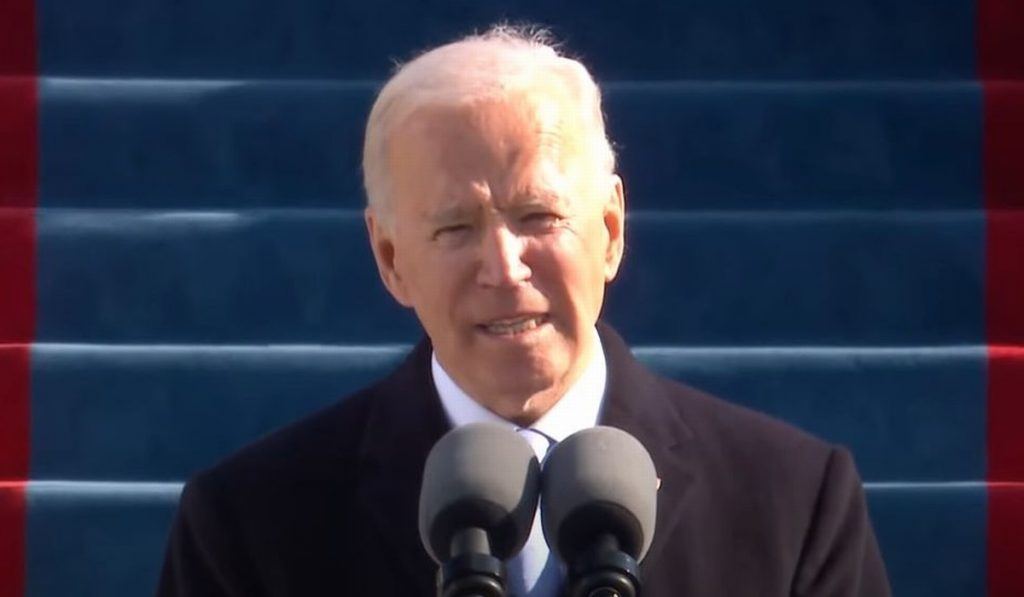 The Biden administration has been far from quiet moving into the White House.

Amidst a massive escalation of National Guard troops in the capitol for the Biden Inauguration, accompanied by zero credible threats of violence from Trump supporters, in either Washington D.C. or at the 50 state capitols around the country, the optics for the event was more for a banana republic dictator than a U.S. president.

When taken together with lingering doubts among many in the U.S. electorate about the legitimacy of several swing states’ election processes and procedures, then you have a recipe for a rocky start.

Throw in numberous executive actions and orders that seemingly put “America Last,” and word now of military escalation in the Middle East, namely, Iraq and Syria, and you may see one of the worst initial approval rating performances for any newly sworn-in president.

That’s exactly what a new poll from Rasmussen shows. The Washington Examiner reported:

Rasmussen’s daily survey number is an average of the last three days.

Biden’s approval rating is also lower than Trump’s final approval rating — after he was impeached and wrongly blamed for “inciting” a pre-planned insurrection. Rasmussen, again:

One controversial policy from the Biden administration that is already aggravating voters is the cancellation of the Keystone XL pipeline permit. Rasmussen reports on the public opinion fallout:

On his first day in the White House, President Joe Biden signed an executive order blocking further construction on the Keystone XL Pipeline project. Most voters disagree with Biden’s decision.

A new Rasmussen Reports national telephone and online survey finds that only 36% of Likely U.S. Voters think it is a good idea to cancel the Keystone XL Pipeline that would transport oil from Canada to the U.S. Fifty-one percent (51%) of voters say canceling the pipeline is a bad idea, and 13% are not sure.

Rasmussen also points out that Americans tend to want the migrant caravan headings towars the southern border stopped, amid a Biden administration directive to restore DACA and not arrest illegal migrants.

By 2-to-1 Margin, Voters Want Migrant Caravan Stopped at the Border pic.twitter.com/gSc7YPliaf

Add into the equation the poor optics of National Guard troops being mistreated, when compared to the Trump administration’s rapport with troops, and you have a strong potential these numbers will get worse.

Pictures worth a thousand words pic.twitter.com/gd2eeqlYKA

The Biden administration is already off to an abysmal start in terms of public opinion, according to an apples-to-apples comparison from pollster Rasmussen.

If the Democrats want to avoid a 2022 blood bath at the election polls, they had better course-correct fast.