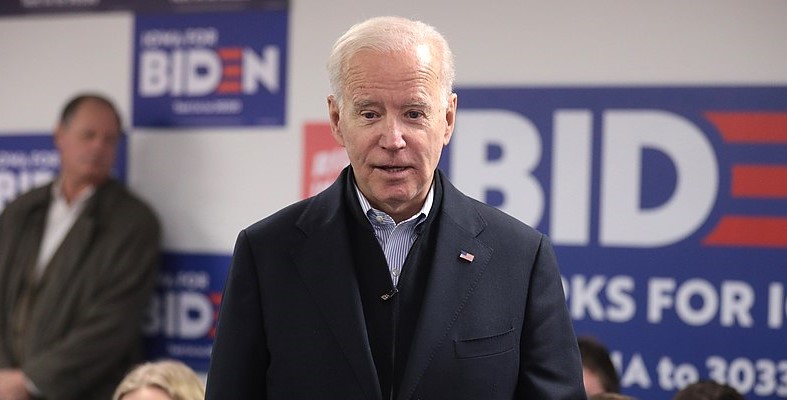 The latest presidential approval ratings show that Americans are already tired of Biden’s broken promises on fighting the pandemic, the sagging economy and radical pipedreams.

Now, that Gallup has wisely bailed from the presidential polling business ahead of the Biden administration, the only game left in town is Rasmussen. The polling firm reports that the Biden presidency is already trending back downwards after a blip of a “honeymoon period” that was shorter than Rock Hudson’s.

The latest figures include 34% who Strongly Approve of the job Biden is doing and 41% who Strongly Disapprove. This gives him a Presidential Approval Index rating of -7.

Just for context, Biden briefly was gaining traction and actually moving upwards from his extremely low entry approvals (lower than Trump’s and much lower than Obama’s), but a slew of executive orders, many of them controversial and quite radical, have begun to sink the Biden presidency’s approval with Americans faster than even many analysts expected.

The new president’s policies are being rammed through at a record pace: At least 37 executive orders in a week. Some of the executive orders kill thousands of jobs, cost trillions of dollars, or simply will strangle the economy with regulations, such as rejoining the Paris Climate Agreement and killing the permit for the Keystone XL pipeline.

Notably, new Climate Envoy John Kerry, another quite seasoned beltway politician, came out to address the reaction workers should have to the Biden administration destroying their well-paying jobs with a sweep of the pen. His cold response?

“What President Biden wants to do is make sure that those folks have better choices… That they can be the people to go to work to make the solar panels.”

The issue with this is that China already dominates the solar panels market, making 60% of the world’s supply, and these were real, good jobs that Americans had now. If you add in the Climate Envoy’s brazen statement that it is futile for the U.S. to go it alone and even tank its economy for zero emissions, and you have messaging disaster.

“He knows Paris alone is not enough,” Kerry said about Biden.

“Not when almost 90 percent of all of the planet’s global emissions come from outside of U.S. borders,” he continued. “We could go to zero tomorrow and the problem isn’t solved.”

There is so much about the Biden administration that is signaling unnecessary restrictions on freedom and prosperity for the sake of futility. At a press conference recently, Biden said, “If we fail to act, there will be a wave of evictions and foreclosures in the coming months as this pandemic rages on, because there’s nothing we can do to change the trajectory of the pandemic in the next several months.”

It is hard to believe that Americans actually elected this guy president.