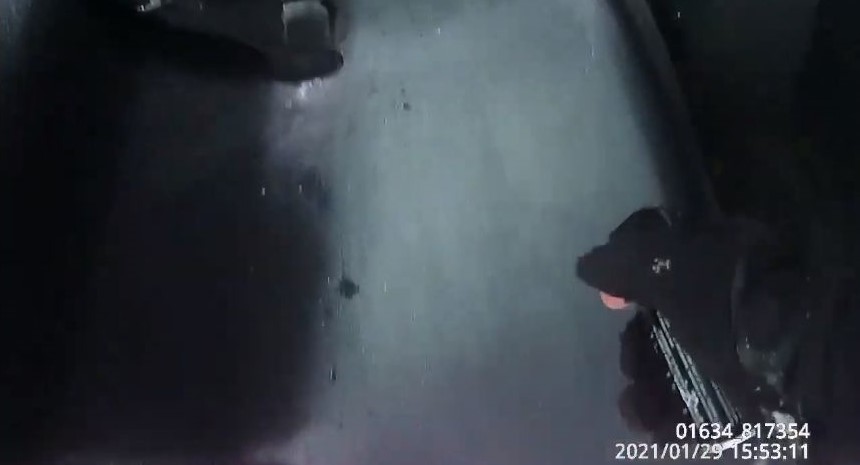 Police in Rochester, New York released a truly distressing video of a crying 9-year-old being pepper-sprayed by officers in the back of a squad car.

“Just spray her,” one officer shouts in regards to the sobbing, hand-cuffed child sitting in the back of the police vehicle.

Prior to the incident, a female officer warns the child, “This is your last chance, otherwise pepper spray is going in your eyeballs.”

Deputy Police Chief Andre Anderson said the girl was suicidal. It is difficult to see how her rough treatment at the hands of the police officers helps the situation.

The girl, who is 9-years-old, was clearly unruly and had lost control of herself. The fuller video gives the impression that there are broader social and environmental dynamics at play.

Police Chief Cynthia Herriott-Sullivan admitted that the girl had been hit with pepper-spray and condemned the actions of the officers.

“I’m not going to stand here and tell you that for a 9-year-old to have to be pepper-sprayed is OK. It’s not,” Herriott-Sullivan said. “I don’t see that as who we are as a department, and we’re going to do the work we have to do to ensure that these kinds of things don’t happen.”

Rochester Mayor Lovely Warren provided context for the parents in the community who were shocked and horrified by the video.

“I have a 10-year-old child, so she’s a child, she’s a baby. This video, as a mother, is not anything you want to see,” Warren said. The mayor admitted that the child was “harmed” in the police incident.

The unnamed girl was sent to Rochester General Hospital, “where she received the services and care that she needed,” before being released into her family’s custody.

This is the same police department responsible for the disturbing incident with Daniel Prude. As bodycam video revealed, police put a “spit sock” over the naked and handcuffed subject’s head, then pushed his face into the pacement for more than three minutes before he died.

Policing in the United States has turned into a much more difficult profession, due to public protests accusing the police of “systemic racism.” There are lingering concerns about adequate training and staffing levels; but unprofessional behavior as this incident reveals will not improve civil-police relations.