Kamala *CRINGE*: VP Struggles to Express Herself on NASA Program — Then Gets Embarrassing News 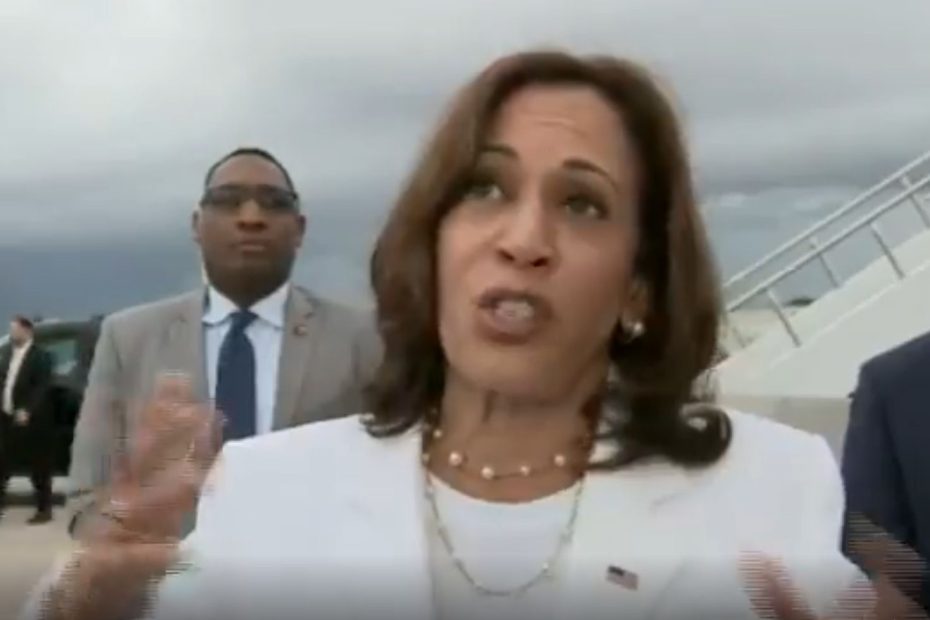 Vice President Kamala Harris again struggled to express a cogent thought in an interview on Monday when asked about the NASA program ‘Artemis.’ Watch:

“I’m so proud of what is happening in terms of our space program and the leadership that the United States is providing to the world,” Kamala said. “Uh, the Artemis program is, is the beginning of the next era of what we have a history and a tradition of doing, of providing vision and inspiring in innovation in a way that is going to benefit all mankind and womankind.”

On Monday morning, however, NASA’s Artemis program had some bad news that is pretty indicative of the Biden administration. Its first launch has been canceled.

“Following the Artemis I launch scrub Monday from Launch Complex 39B at NASA’s Kennedy Space Center in Florida, the agency will hold a media briefing at approximately 1 p.m. EDT today, Monday, Aug. 29, to discuss mission status,” NASA announced in a release.

“Artemis I is a flight test to launch NASA’s Space Launch System rocket and an uncrewed Orion spacecraft around the Moon before the Artemis II mission with astronauts aboard,” the statement added.

Kamala Harris during the interview proffered an attempt to defend President Biden’s student loan “forgiveness,” which some have reported was her idea.

“Well, let’s start with this,” she said. “First of all a lot of the same people criticizing what we rightly did and following through on a commitment that we made to forgive student loan debt are the same people who voted for a tax cut for the richest Americans. So when we look at who is benefiting from this, 90 percent of the people who are going to benefit from student loan forgiveness make under $75,000 a year. And that debt has been the reason they are unable to start a family, buy a home, and pursue their piece of the American dream.”

The vice president did not provide any insight into why the college tuitions had been skyrocketing in recent decades: Federal student loans, grade inflation, and dubious degrees are all amongst the reasons for the unprecedented increase in college costs.

The Committee for a Responsible Federal Budget estimates that outstanding federal student loan debt will likely return to the current $1.6 trillion level after Biden’s debt “forgiveness.” If all debt were to be canceled, the debt would return to today’s level in 15 years, the report said.

Harris also went on to claim that the more diverse the NASA program, the more successful it will be.

“The diversity of thought that goes into that, the more diverse, the better the outcome will be,” she claimed. “So, it’s very exciting. And I have to tell you that Space Force, NASA really have made a real solid commitment to diversity among who is getting into the program, who are going and who is traveling to space. And I think we can all be very proud of that.”

It’s too bad that “diversity of thought” doesn’t count on college campuses nowadays — or in the U.S. media.