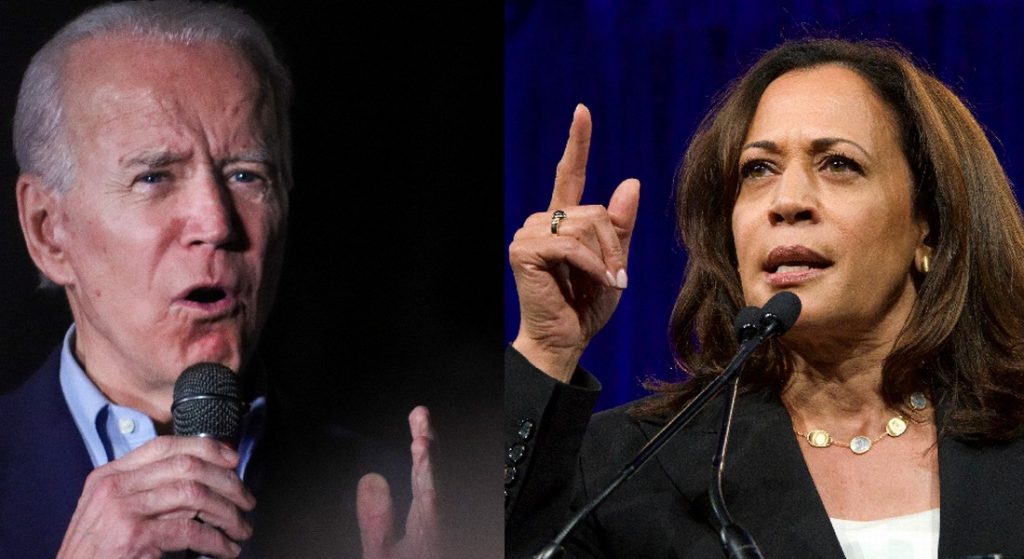 The first major rift in the Biden/Harris administration has arisen over the Syrian air strikes that President Biden ordered on Thursday night.

“President Biden informed Putin about his plan to bomb Syria before he told Kamala Harris. Putin got the call just before the bombing while Harris learned about it afterward on the news,” the editor “amuse” of the website Deplatformed tweeted.

“Our military was warned four or five minutes in advance. Of course, this has no value even from the angle of deconfliction, as they say in relations between Russian and U.S. servicemen,” Lavrov told a Moscow news conference. He said the U.S. notice was given when the strike was “already being delivered.” He referred to communications between the U.S. and Russian militaries to “deconflict” Syrian airspace to avoid clashes between their aircraft.

Jack Posobiec of OANN had noted that Kamala Harris was “very upset” about not being told about the air strikes.

Kamala Harris was not informed prior to the Syrian bombing and is very upset about being left out of the loop, per WH official

The Biden power play represents a divergence from earlier reports that Harris was ‘taking the wheel’ of the administration, particularly when it comes to foreign policy.

The National Pulse noted that Biden was missing from a call with French President Emanuel Macron over President’s Day weekend. Who was on? Kamala Harris. This was from the White House’s press readout:

Vice President Kamala Harris spoke today with President Emmanuel Macron of France, and expressed her commitment to strengthening bilateral ties between the United States and France and to revitalizing the transatlantic alliance. Vice President Harris and President Macron agreed on the need for close bilateral and multilateral cooperation to address COVID-19, climate change, and support democracy at home and around the world. They also discussed numerous regional challenges, including those in the Middle East and Africa, and the need to confront them together. The Vice President thanked President Macron for his leadership on the issue of gender equality and for France’s contribution to NASA’s Mars 2020 Perseverance rover.

The National Pulse also reported that Harris spoke with Canadian Prime Minister Justin Trudeau without Biden. This is not typical behavior, especially considering what Joe Biden was doing that weekend. Playing Mario Kart.

It looks like Biden is pivoting from playing Mario Kart to playing drone strike commander.

But in all seriousness, we have to be careful assuming that Harris is telling the truth. There is some Game of Thrones-level deception coming out of the White House and this may all be a ploy to convince people Biden really is the “Commander-in-Chief” and is in charge.

Recently, Kamala Harris had to scold Joe to remember his mask.

And now, we’re supposed to believe Joe Biden is overseeing complex military air strikes in the den of vipers known as the Middle East? That’s a real tough sell.

It will be interesting to see how the Harris vs. Biden, good cop/bad cop routine continues to develop.