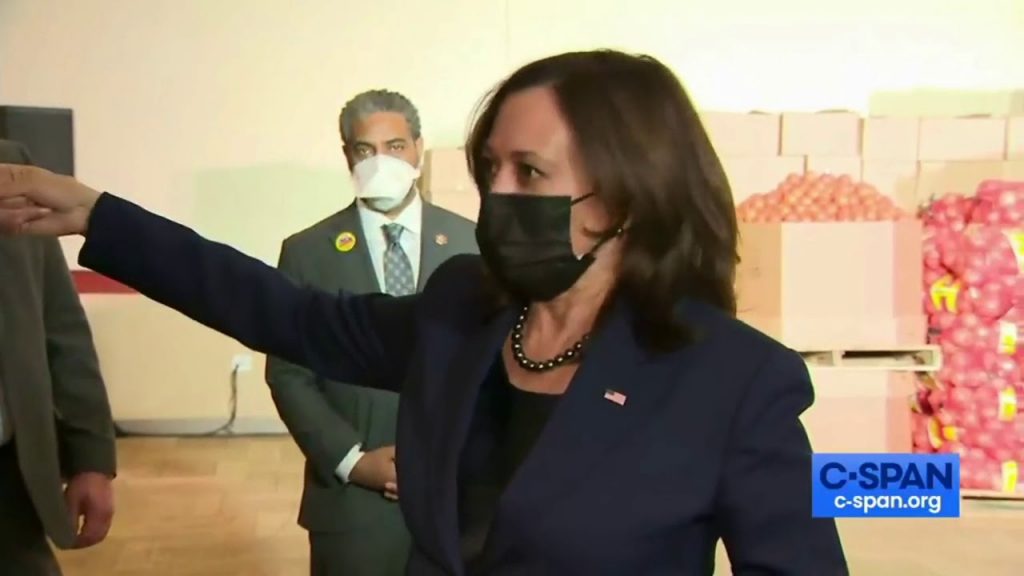 Future President Kamala Harris gave Americans a glimpse of how she will handle questions under her presidency. Short answer: Not good.

Watch the exchange below:

“Madam Vice President, the White House said said — the White House has said repeatedly that this is a very popular law,” the reporter asked. “If that’s the case, why is it important to get out and sell it?”

“It’s kind of like you — you buy a product, you’ve already been sold a product, but you need some directions on the box usually (laughs in Kamala). Right?” she asked, rhetorically.

“And so this is about, ‘Hey, know that you’re entitled to this. File your taxes so that you can speed up the benefits that you’re going to receive. Talk to your friends and neighbors about getting vaccinations because we are speeding up the delivery and the supply of vaccinations in sites like UNLV,’” Harris continued. “These are the things we’re doing to let people know what they’re entitled to and spread the word. Think of it more as a public education campaign. This is what’s happening, this is what you’re entitled to receive, and so go out there and get it. Okay.”

Another reporter asked Harris about any planned tax increases to cover all the “Help” that is “Here.”

“Part of what the president and I are talking about is also reminding people to file their taxes,” she said. “We’ve got 30 days to do it before April 15. There are a number of folks who don’t file taxes if their income is too low, but it would actually help them get their benefits quicker and maybe even direct deposits if they file their taxes now, so we want to encourage people to do that so that they know what their rights are right now.”

As reported by Mediaite, two different reporters asked Harris if a tax increase was being planned in a forthcoming spending bill, to which she replied, “We haven’t really figured out what the next phase is going to be, to be honest with you.”

On Tuesday, it was reported that the Biden administration is planning a $4 trillion spending blowout and massive tax hikes to go along with it. Judging from this interview, Kamala Harris isn’t going to want to answer questions about that bill either.