Kamala Harris Reacts to Uvalde Shooting: ‘We’re Not Looking for a Vaccine… Let’s Have an Assault Weapons Ban’

Vice President Kamala Harris reacted on Saturday to the unspeakable tragedy in Uvalde, Texas. During the course of her reaction, she argued for an assault weapons ban. Watch:

Kamala Harris claimed that we’ve already had “200 mass shootings” in 2022.

“When we’re looking at an epidemic of hate, where people are being targeted, just because of who they are,” she said. “We all have to stand back and say, wait, enough is enough. A harm against anyone is a harm against all of us. No one should be left to fight alone. We’ve got to deal with this.”

“We have to deal with it in a number of ways,” she said. “I went through it even at the church, you look at it, from Buffalo, to what’s happened – the babies, and the teacher that’s been killed in Texas. The funerals haven’t even really begun in terms of mourning that loss”

“We’re looking at, on the heels of Atlanta, just a year ago, Orlando, the Tree of Life,” she went on. “We have to agree that if we are to be strong as a nation, we must stand strong, identifying our diversity as our unity. Anyone who’s trying to break that down is hurting us as a country and as individuals who should identify as one, as a country, as Americans.”

“So, I think of it in the number of ways,” she went on. “There is the tragedy of the personal loss for each of these families… We have to – everybody’s got to stand up and agree that this should not be happening in our country. We should have the courage to do something about it.”

“On the issue of gun violence, I will say as I’ve said countless times, we are not sitting around waiting to figure out what the solution looks like,” she said. “We’re not looking for a vaccine. We know what works on this. It includes let’s have an assault weapons ban.”

“Background checks,” she added. “Why should anyone be able to buy a weapon that can kill other human beings without at least knowing, ‘hey, has that person committed a violent crime before?’ Are they a threat to them or others? That’s reasonable. That’s just reasonable.”

“We do that so you have to have a license to drive a car. You have to be of a certain age to buy a six pack. We are a society that is governed by rules, most of which were designed, those rules, at the very height of the purpose, to prevent against harm, to promote safety, and to have a common order that we all agree in civilized society, that we should agree to… There will be safety, and we can prevent chaos.”

“We’ve had over 200 mass shootings in our country already, and we’re barely in June?” she said. “Let’s all agree we’ve got to do something and it’s within our power to do it. Congress needs to act, and what I know is that we all have to come together as one nation, undivided, standing with each other.”

There are a number of things wrong with Harris’s argument, but let’s just stick to the main issues.

The liberal Washington Post has given out two pinocchios for the dubious claim that the assault weapons ban between 1995 and 2004 had a significant impact on mass shootings. 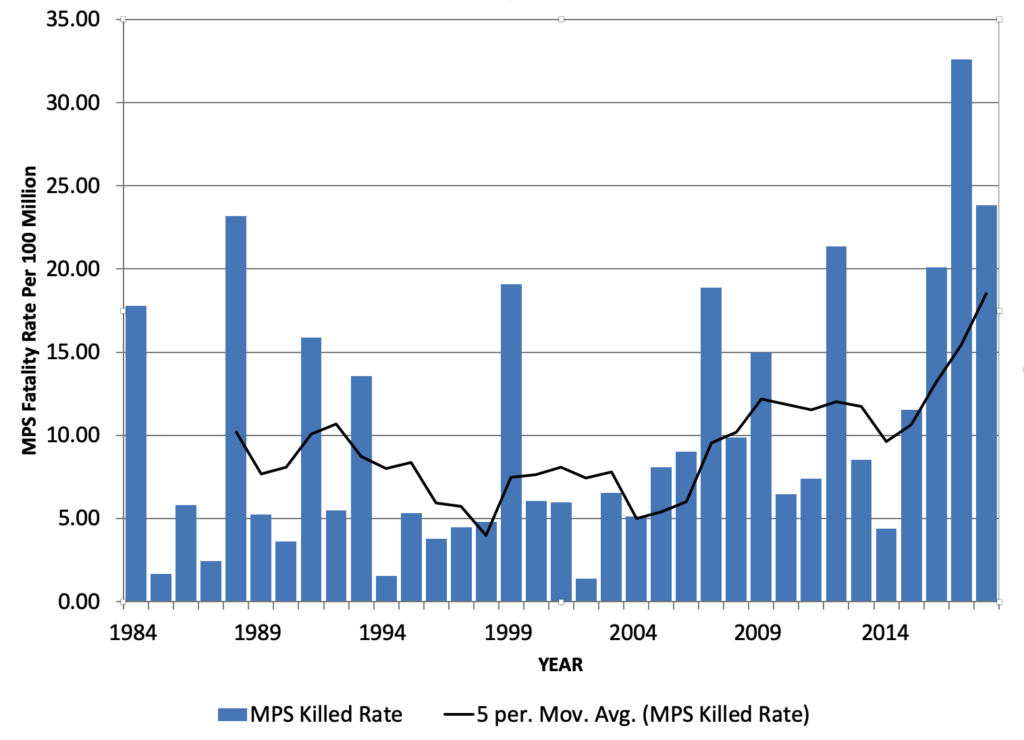 Harris’s claim about there being over 200 mass shootings so far appears to come from the Gun Violence Archive. The GVA readily admits that its figures are “higher” than other databases because it defines a “mass shooting” as “four or more people are shot or killed in a single incident.”

The vice president also complains about “assault weapons” that are only used in “war” and only to”kill a lot of people quickly.” But the shooter had semi-automatic weapons, which are not typically used in warfare. AR-15s are an extremely popular type of semi-automatic rifle that is overwhelmingly used for defensive purposes.

The FBI’s data for 2020, the last year available, shows that all rifles combined were attributed as the weapons in 455 homicides, far fewer than knives or cutting instruments or even hands and feet. (AR-15s, which stands for Armalite Rifle-15, are only a subset of such rifles.) 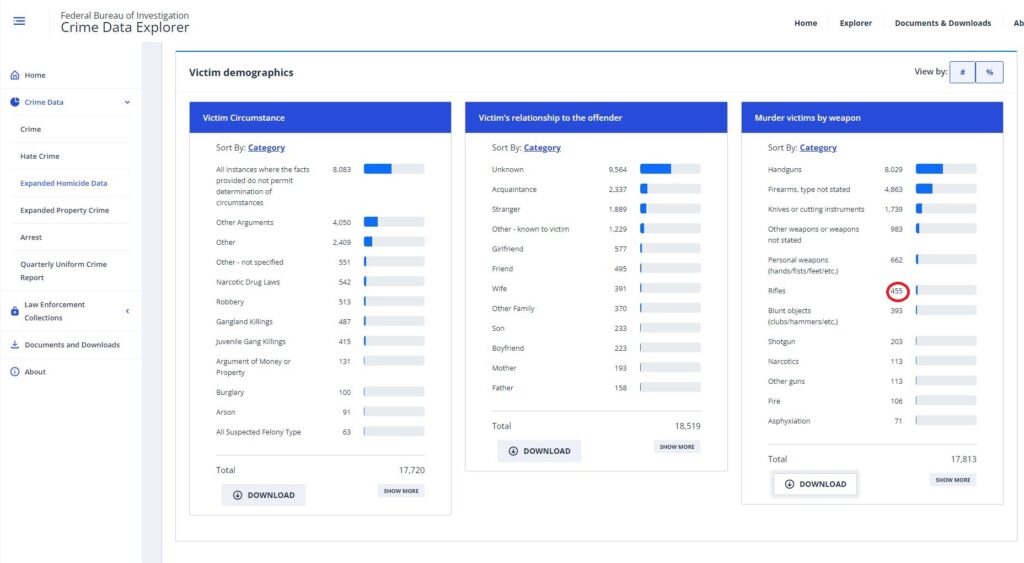 Lastly, the mass shooter Salvador Ramos legally purchased two AR platform rifles at a local federal firearms licensee on May 17 and on May 20, according to state Sen. John Whitmire. He also purchased 375 rounds of ammunition on May 18, Whitmire said.

Ramos had his criminal record expunged when he was 18 years old, thus would have passed a criminal background check.

So, virtually all of Vice President Kamala Harris’s argument for an “assault weapons ban” is misleading at best.