‘Kamala Mind Your Own Business’: Watch VP Get Heckled & Accused of Corruption During Official Visit 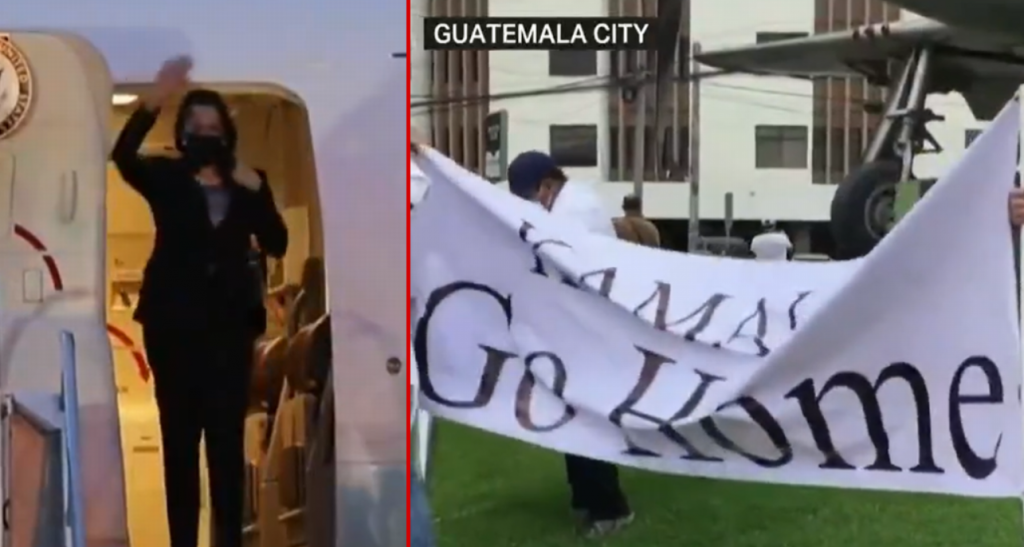 Vice President Kamala Harris flew to Guatemala to meet with leaders, community organizers and entrepreneurs on Sunday to ostensibly talk about curbing immigration.

But her visit was not met with the warm welcome one might expect for a U.S. leader; Harris was met with signs of “Kamala Go Home” and “Kamala Mind Your Own Business” as protesters accused the Democratic administration of backing corrupt officials in the Central American nation. Watch:

Guatemalans protest against the arrival of US Vice President Kamala Harris in the country, accusing Washington of supporting "corrupt" officials in the Central American nation pic.twitter.com/2jnWfYAIjR

There was even a sign that said, “Trump won.”

The Biden administration’s approach takes a page from the Obama administration in that it essentially bribes people not to illegally immigrate to the United States. However, the Guatemalan people knows what happens to “foreign aid” in their nations; it is swept up by corrupt politicians and radical activists to prop them up in power.

In that way, the Guatemalans are much smarter and savvier than many American journalists who give weight to such a foreign policy approach.

That doesn’t stop  Biden from bragging about the failed policy, which didn’t work under Obama, just like it doesn’t work now.

“When I was vice president, I focused on providing the help needed to address these root causes of migration,” Mr. Biden said in a recent speech to Congress. “It helped keep people in their own countries instead of being forced to leave. Our plan worked.”

If the Biden presidency truly wanted to reform immigration, it would export the ideals that undergird property rights, free market economy, and other economic institutions that can lay the basis for the organic growth of prosperity in foreign countries. Instead, the administration does little to stop the flow of illegal migrants across the southern border, and supports the same inherently corrupt socialist policies that have already failed abroad, and are destined to fail at home.