Katy Tur Has ‘Come to Jesus’ Moment Amid Collapse of Trust in the Media, Wonders if She is ‘Doing More Harm Than Good’ 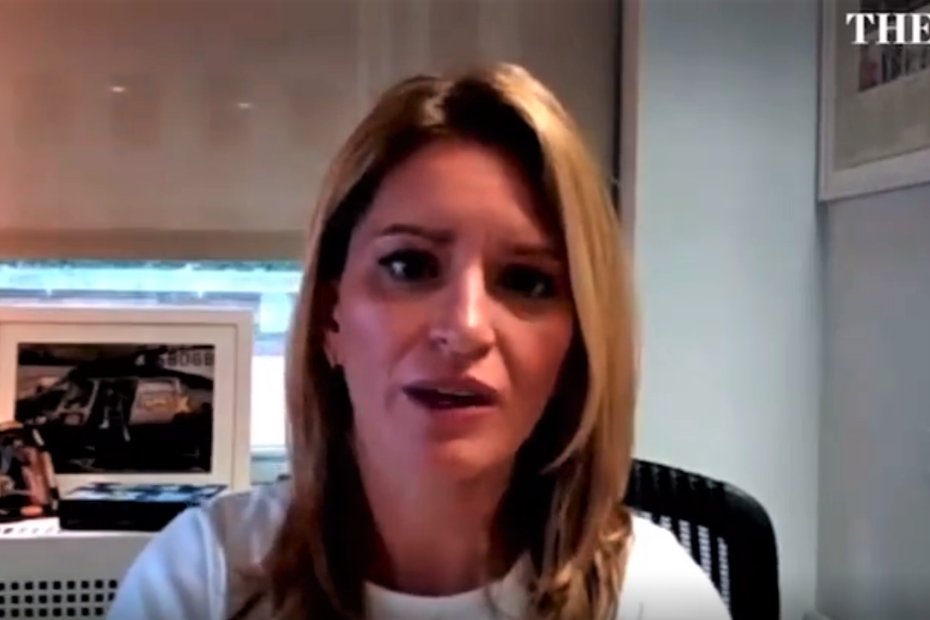 MSNBC anchor Katy Tur revealed a surprising ‘come to Jesus’ moment of introspection in an inteview with The Hill amid a collapse of trust in the mainstream media.

“There was just a Gallup poll out today that the trust in media — newspapers and television — is hitting an all-time low,” Tur said. “People don’t trust us, they don’t believe us, and it makes me wonder if this job, as I’m currently doing it, is effective… but if it’s doing more harm than good.”

The Gallup poll from July showed that Americans’ trust in the media has collapsed: 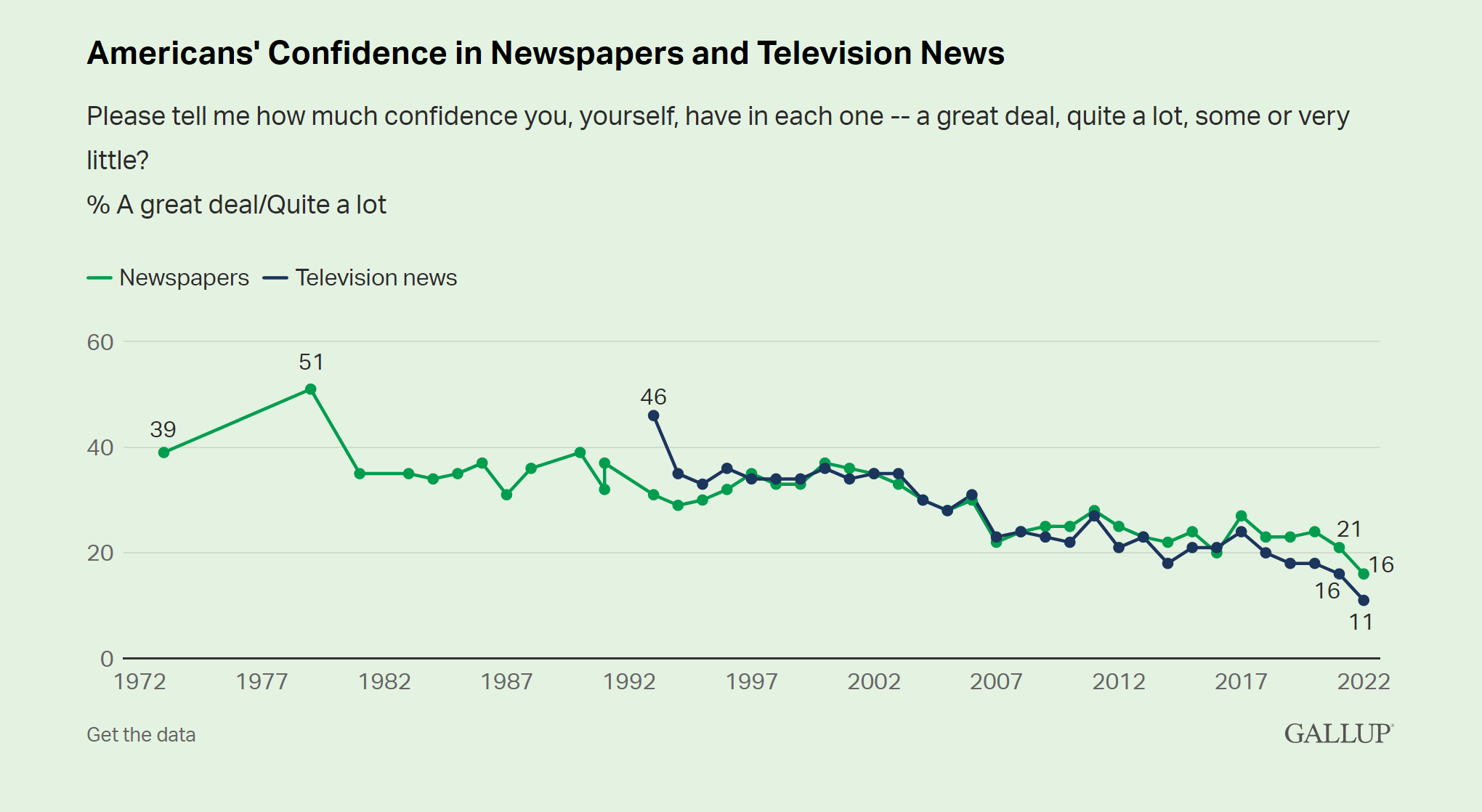 Tur’s implied confession about the media losing trust, revealed in late July, has been followed by alternative bouts of charged accusations against former President Donald Trump, and more measured observations about national politics.

In mid-July, Tur said she was “worried” about the prospect of Donald Trump returning to the White House after the 2024 election.

“He is an anti-democracy candidate,” Tur claimed in an interview with The Hill. “He tried to overthrow the 2020 election.”

“I think you have to ask yourself, do you want somebody who is anti-democracy in that office again, holding all of that power?” she asked rhetorically. “I would be worried as a citizen, certainly.”

Donald Trump, obviously, did not try to “overthrow” the 2020 election. He challenged the results in court, was denied at every turn for matters such as ‘lack of standing,’ and stepped down following the January 6 riots.

There has been no evidence that Donald Trump had anything to do with inciting the January 6 riots, which were carried out by extremist groups amid a complete lack of security for the electoral college. This hasn’t stopped the Department of Justice from undertaking sweeping dragnets against the former president and dozens of his advisers in a sprawling effort to turn up something to charge the former president with.

Tur, in August, surprisingly retweeted a CBS interview clip featuring Sen. Tim Scott (R-SC) that urged Americans to let the FBI’s search and DOJ investigation “play out,” but added that there could be questions raised about whether the agency is “doing their job apolitical.” 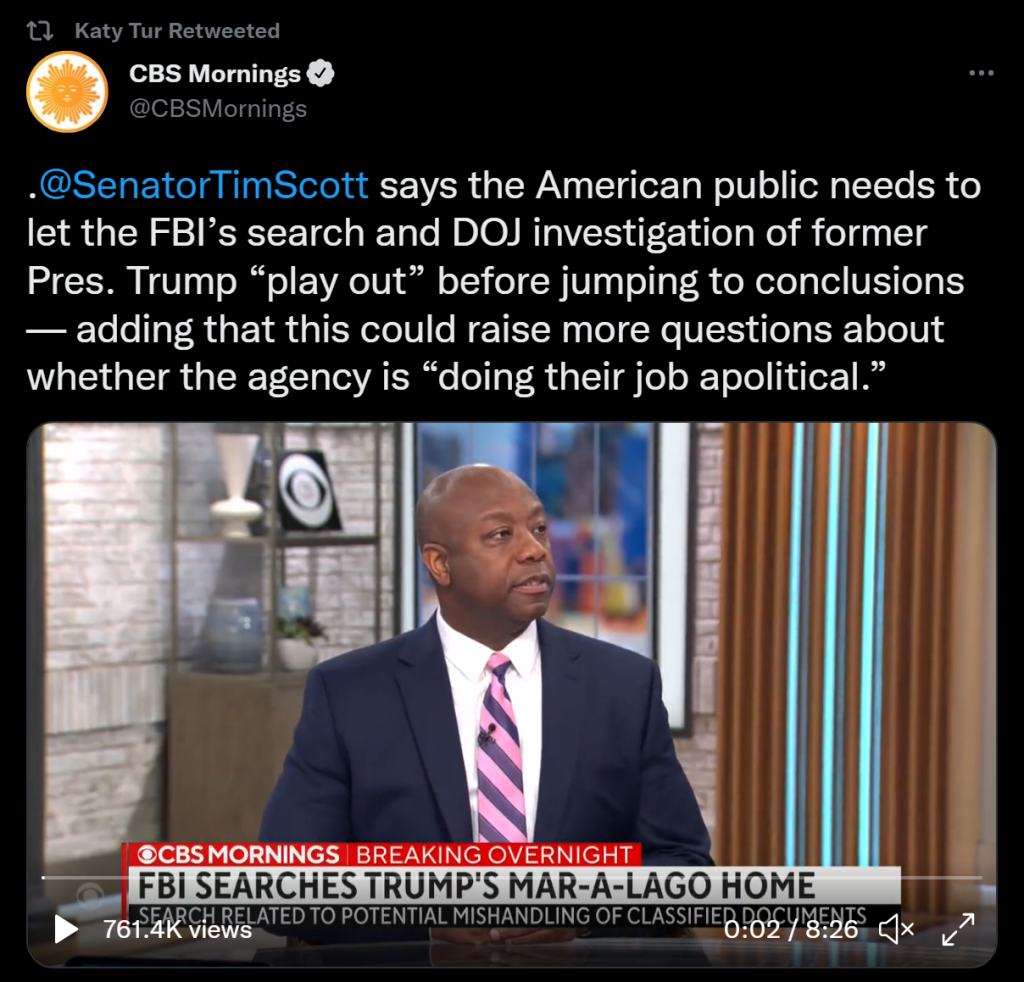 It is in this context that Tur’s resurfaced confession has particular salience.

“People don’t trust us. They don’t believe us, and it makes me wonder if this job – as I’m currently doing it – is effective, but if it’s doing more harm than good. pic.twitter.com/w9aiGoEfHk

The sad thing is that Tur’s ‘come to Jesus moment’ appears to be just that — a moment. It will take years, if not decades, to restore trust in an activist media that has jettisoned all ethics and fairness in a ceaseless quest to attack a duly elected president who was ‘guilty’ of doing what countless Democrats have done before him: Challenge the results of a presidential election.

Trump had every constitutional right to do so, just like he had every right to speak out about the election, and until the media learns to report on members of political parties in an even-handed fashion, the collapse of media trust shall undoubtedly continue.