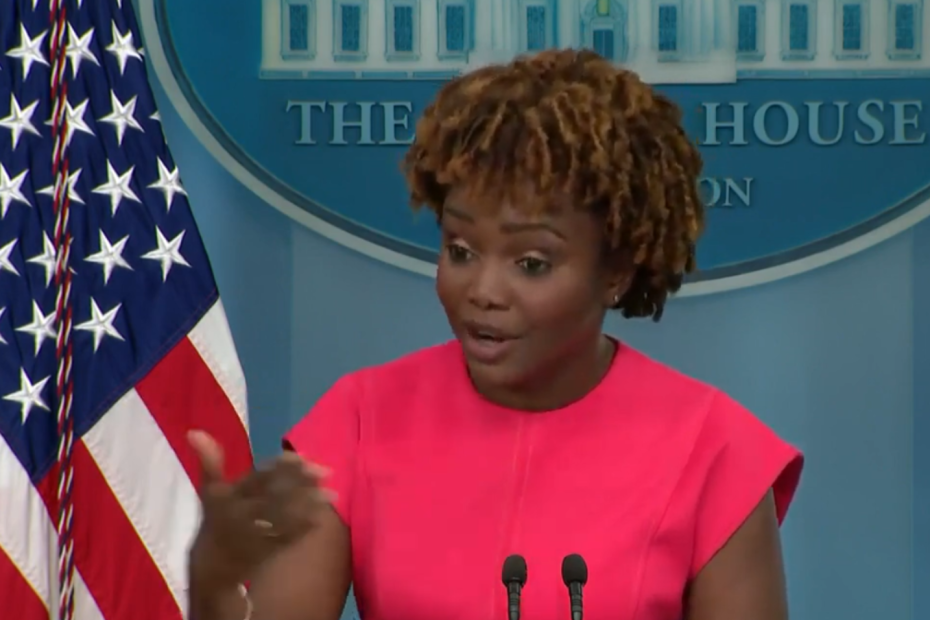 White House Press Secretary Karine Jean-Pierre was confronted with Kamala Harris’s comparison of abortion and slavery on Monday. Once again, she appeared to be caught completely off-guard by the question. Watch:

“Just following up on something that something the vice president said today, does the president agree with her that the recent Supreme court decision on abortion access is similar to slavery?” Fox News’s Peter Doocy asked.

“I have not seen her comments. I would like to see her comments for myself before…” KJP began.

Her comments were, “We know, NAACP, that our country has a history of claiming ownership over human bodies,” Doocy cited Harris.

“But she’s invoking slavery,” Doocy pointed out. “So, the president agrees,” he added.

“I appreciate you reading out what she said,” KJP responded. :I need to actually see exactly what was what was what was said and in what complete context. That’s what I need to do as, as a spokesperson for the administration.”

Earlier on Monday, Vice President Kamala Harris had made the comparison of abortion and slavery.

“We must also take steps to protect other fundamental freedoms, including the freedom for a woman to make decisions about her own body,” Harris said. “And, you know, on this subject, it’s important to note that to support a woman’s ability, not her government, but her, to make that decision does not require anyone to abandon their faith or their beliefs, it just requires us to agree the government shouldn’t be making that decision for her.”

“And think about it.,” she went on. “For the first time in generations the United States Supreme Court, the highest court of our land, the former court of Thurgood Marshall, took a constitutional right that had been recognized from the people of America, from the women of America. We know, NAACP, that our country has a history of claiming ownership over human bodies.”

The White House Press Secretary appears as unprepared to do her job as the rest of the Biden administration. Bad policy and worse messaging appears to be par for the course for this disastrous presidency.