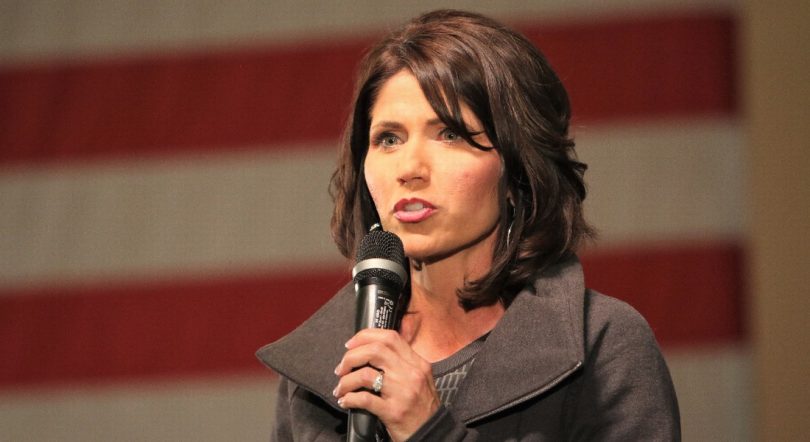 South Dakota has been more than a fighter for American’s rights in her state during the COVID-19 pandemic. She is stepping up and drawing the line when it comes to defending female athletes in her state.

The statement regards the Women’s Fairness in Sports bill that just passed in South Dakota Senate by a vote of 20-15. She obviously intends to sign it.

House Bill 1217, “an act to promote the fairness in women’s sports,” would “overrule the current state high school policy that allows for transgender students to participate in sanctioned athletics with the association’s approval,” the Mitchell Republic reported.

“We’ve had specific examples of shot put, track, basketball where biological males are competing and winning the awards and taking them away from female athletes,” said Rep. Bethany Soye, a Sioux Falls Republican.

The publication notes that “similar bills have been struck down in federal court,” adding that “last year’s Fairness in Women’s Sports Act, signed by Idaho Gov. Brad Little, was struck down by a U.S. District Court judge after being challenged by a transgender cross-country runner.”

There was a similar bill in the 116th U.S. Congress called H.R. 8932, called the Protect Women’s Sports Act of 2020. It sought to establish that to “provide that for purposes of determining compliance with title IX of the Education Amendments of 1972 in athletics, sex shall be determined on the basis of biological sex as determined at birth by a physician.”