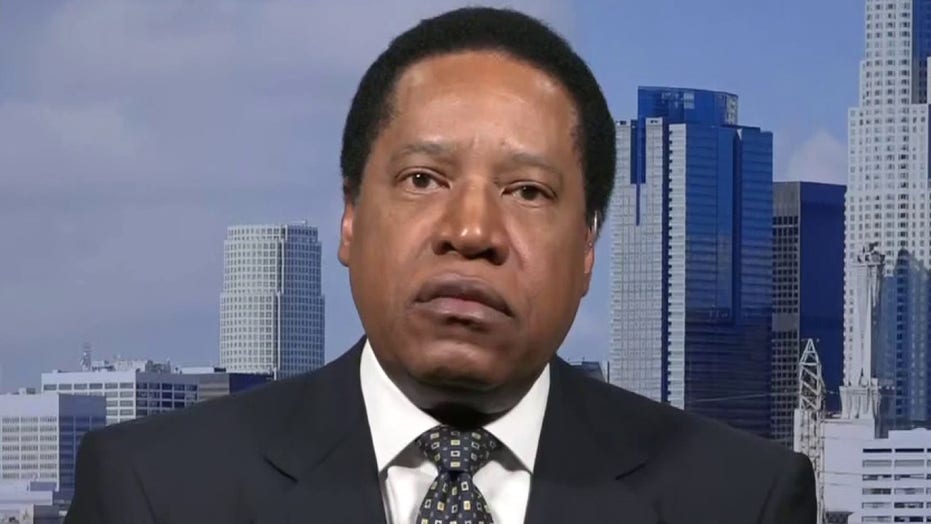 Elder recently appeared on The Morning Answer with Jennifer Horn and Grant Stinchfield on the Salem Radio Network and attempted to clarify what he meant by the comment.

“Do you want to clarify here so people know from your own mouth what was said and what you think about the 2020 election?” Horn asked Elder.

“Sure, sure,” Elder responded. “And thank you for giving me the opportunity. I would also recommend that you take a look at an article in Newsweek, they came out yesterday, written by Paul Bond, who called and asked me the same thing.”

“Do I believe Joe Biden won the election fair and square?” Elder went on. “Give me a mulligan on that one Jen and Grant. No, I don’t.”

“You’ve got people like Alan Dershowitz, Jonathan Turley, both of whom are left-wing professors, and they said that the Pennsylvania election matters. It should have been taken up by the United States Supreme Court on the merits, it was not,” Elder continued.

“You’ve got the Hunter Biden story that was suppressed by Twitter and by Facebook,” he continued. “New York Post that wrote the story couldn’t even get their own Twitter account to talk about the Hunter Biden story. And had the media not suppressed that story, there’s a study that suggests enough Biden voters would have switched their votes. And it would have been clear that Donald Trump won the election.”

There were other things that Larry Elder could have added to make the case, such as the Supreme Court turning down Texas Attorney General Ken Paxton’s lawsuit against Michigan, Pennsylvania, Wisconsin, and Georgia for unconstitutionally changing their election ‘laws.’

As the recall election on September 14 approaches, failed Democratic Governor Gavin Newsom is feeling the heat and is lashing out against his challenges, including Elder.

“They proudly state, day one, that they would oppose any mask requirements in our public schools to keep our kids safe, and healthy, and in person to get the social and emotional support they deserve,” Newsom added. “The stakes are profound.” He also called Elder to the “right of Donald Trump.”