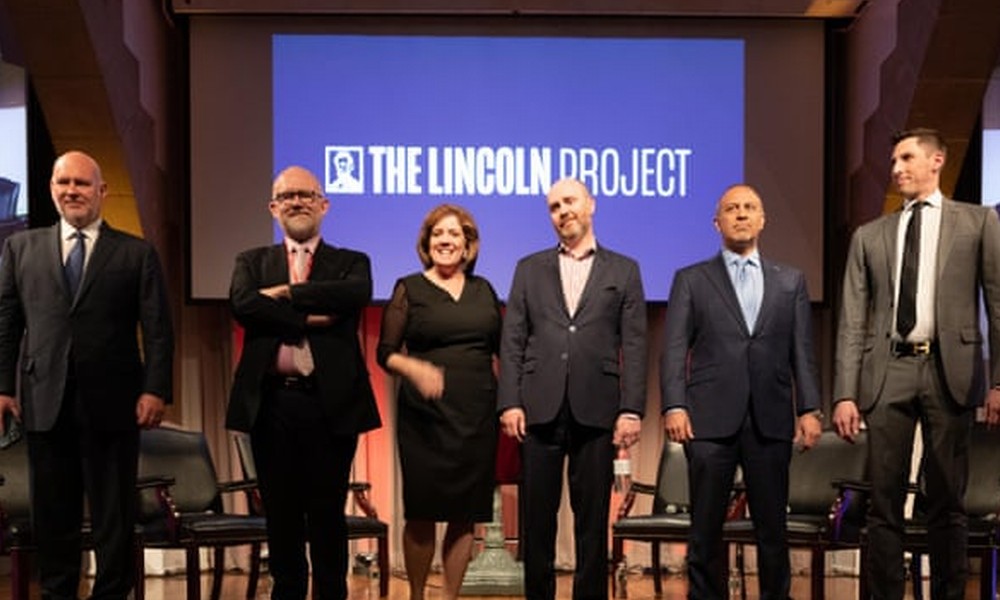 One of the co-founders of the Trump-deranged activist group “The Lincoln Project” has resigned.

Jennifer Horn left a scathing message on the illicit activities of John Weaver, a fellow co-founder of the Lincoln Project. Weaver has garnered extreme backlash after revelations that he has long been targeting numerous young men with sexually explicit messages, including at at one-time a 14-year-old boy.

“Upon careful consideration, I have terminated my relationship with the Lincoln Project, effective immediately,” Horn said in a statement given to The New York Times.

“John Weaver’s grotesque and inappropriate behavior, coupled with his longstanding deceptions concerning that behavior, are sickening,” she said, adding, “It is clear at this point that my views about how the Lincoln Project’s efforts are managed, and the best way to move the Lincoln Project forward into the future in the wake of these awful events, have diverged.”

In the video below, Horn discusses the Lincoln Project’s purported founding principles:

Update: The Lincoln Project has responded to Horn’s statement. 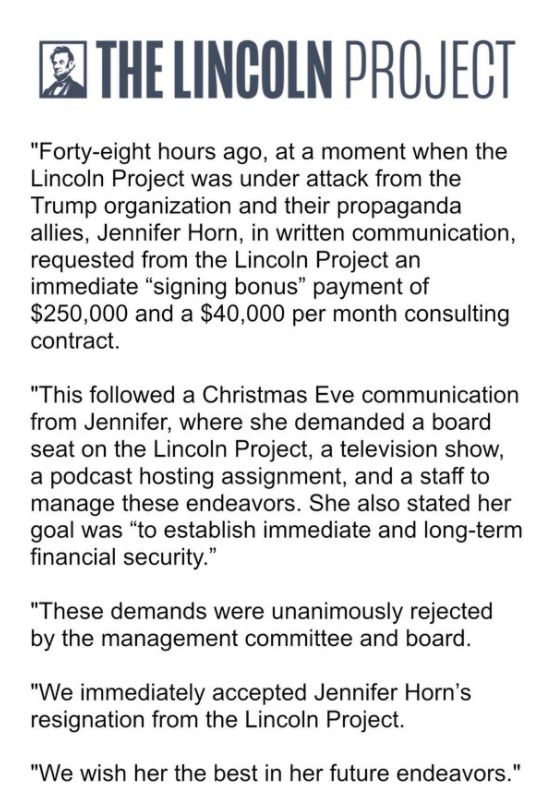 Mr. Weaver sent overt sexual solicitations to at least 10 of the men and, in the most explicit messages, offered professional and personal assistance in exchange for sex. He told one man he would “spoil you when we see each other,” according to a message reviewed by The New York Times. “Help you other times. Give advice, counsel, help with bills. You help me … sensually.”

Other Lincoln Project members have sought to distance themselves from Weaver in the aftermath of the scandal. The Times noted:

Lincoln Project leaders, in their first extended comments about Mr. Weaver, said they had not been aware of such allegations until this month, when articles in The American Conservative and Forensic News, and an open letter on Twitter from a data analyst named Garrett Herrin, accused Mr. Weaver of grooming young men online.

Steve Schmidt, a co-founder of the group, said its leaders had learned last summer from social media posts that Mr. Weaver, who has a wife and two children, might be involved in relationships with men, but emphasized, “There was no awareness or insinuations of any type of inappropriate behavior when we became aware of the chatter at the time.” Mr. Weaver denied the claims, Mr. Schmidt said in an interview.

The Lincoln Project is also being hammered for accusations of “grift” and serious questions it may be compromised.

The ship is sinking for the Lincoln Project. Jennifer Horn is just the latest to jump overboard.