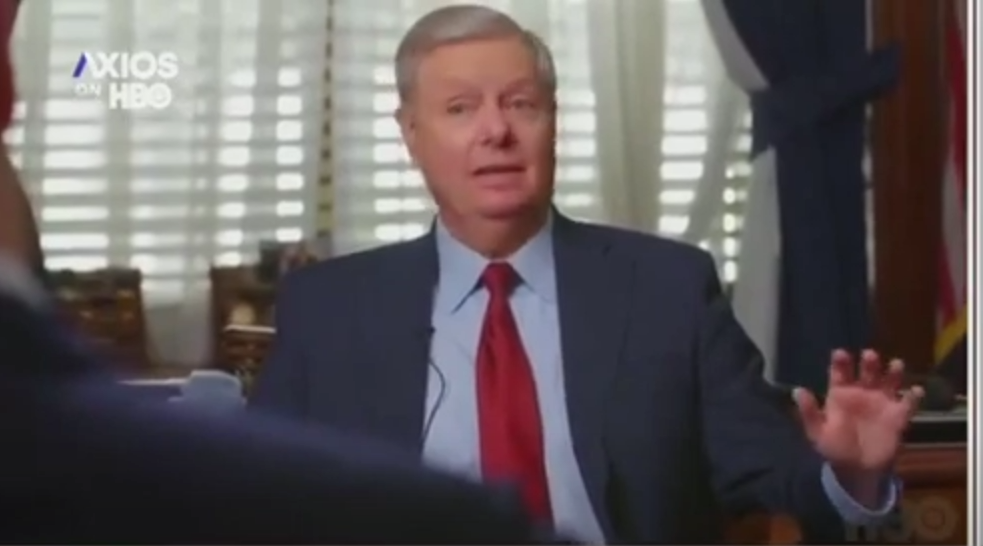 Senator Lindsey Graham revealed in a recent Axios on HBO clip he knows how to deal with Trump’s “dark side” and “harness the magic.”

In another recent interview clip with Axios’s Jonathan Swan, Lindsey Graham ‘defended’ meeting with Donald Trump in Mar-a-Lago after the pre-planned capitol riot on January 6th.

“It’s up to the American people to determine if they want the Trump movement to continue,” Graham said.

Senator Graham, who is often noted as one of the more disappointing Republican senators to have once presided over the theoretically powerful Senate Judiciary Committee, is known for being a vocal defender of Donald Trump the last four years.

But along with those vocal claims have come a remarkably weak record of taking action to defend the former president and to actually hold those who have wronged him and his presidential campaign accountable.

If Lindsey Graham actually knew how to “harness the magic” of Donald Trump, he would have gotten results. Instead, what the American people got from Lindsey Graham was a lot of empty rhetoric.