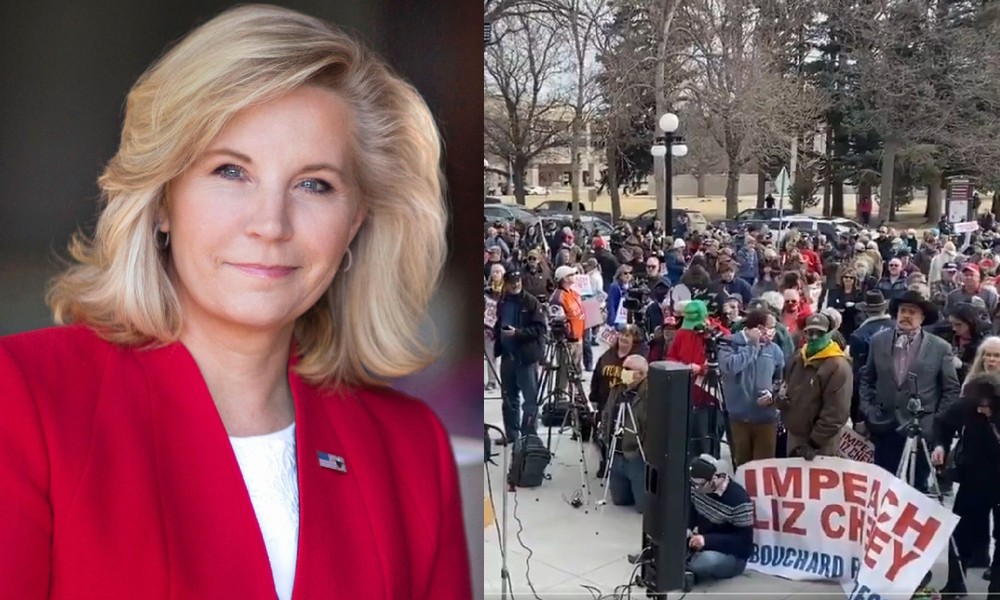 Rep. Liz Cheney is facing more than the wrath of House Republicans who want to remove her from her leadership positions. She is now facing primary challengers poised to trounce her in the next election.

Cheney first incurred the wrath of the Trump-supporting electorate when she decided to pile onto the Democrats’ sham impeachment vendetta against former President Trump. She charged the president of extremely serious crimes for his standard political speech, saying “there has never been a greater betrayal by a president of the United States of his office and his oath to the constitution.”

The Federalist’s Mollie Hemingway summed up the debacle well:

A quickly thrown-together article of impeachment she voted for claimed that a mob was incited by Trump’s Jan. 6 speech near the White House, in which he explicitly told marchers to “peacefully and patriotically make your voices heard” at the Capitol. Further reporting indicates that the group of rioters had pre-planned their attack and were beginning their breach of the Capitol while the president was still speaking more than two miles away, continuing to assert his case that the 2020 election had been stolen from him.

A petition subsequently made the rounds that garnered at least 115 GOP signatures that she be stripped of her leadership positions. Rep. Andy Biggs (R-AZ) led the effort, which got the response from Cheney that she is “not going anywhere.”

She may not have a choice.

As Politico reveals, the survey “was paid for by Save America Trump’s newly formed political action committee.” The website claims it is “designed to embolden would-be primary challengers to the 10 House Republicans who backed impeachment.”

A rally has even exploded in Wyoming showing how much her impeachment vote is resented:

#HappeningNow: Crowd rallies against Liz Cheney at Wyoming State Capitol, telling @OANN her actions do not represent the people of WY and their strong support for President Trump. @RepMattGaetz is set to speak momentarily. pic.twitter.com/wHl4PA7Dp1

Only 10 percent of GOP voters, and 13 percent of all voters, say they would vote to reelect her, and she trails by more than 30 points—54 percent to 21 percent—against state Sen. Anthony Bouchard, who has announced a campaign against her since her impeachment vote.

But she isn’t the only one whose fortunes are tied to an impeachment vote, a now politically doomed endeavor that 57% of American voters say will only serve to further the country. Nine other Republicans voted along with Cheney to impeach the former president.

As CNN reported today, these Republicans are going to face serious headwinds getting re-elected:

At home, anger among Republican officials, donors and voters at those who voted to impeach Trump has erupted, with state and local officials condemning their votes and primary challengers — benefiting from bookings on right-wing media — launching their campaigns early. The group of 10 Republicans includes moderates in swing districts, as well as some reliable conservatives, including the No. 3-ranking House Republican, Wyoming Rep. Liz Cheney, and South Carolina Rep. Tom Rice.

There will be a political reckoning. The only question is who survives the maelstrom and whose career in national politics is over.