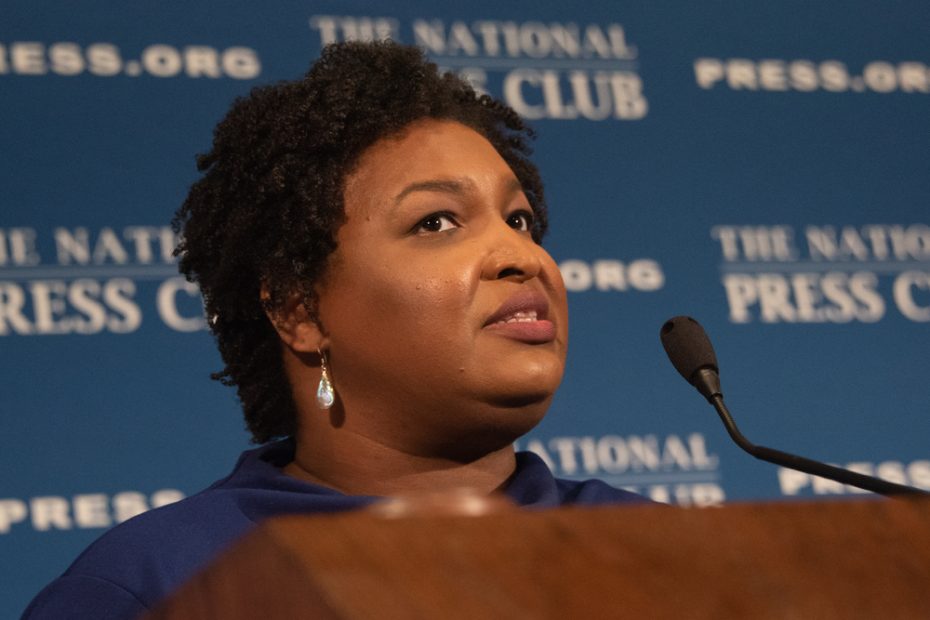 Abrams, who has refused to accept her election loss in 2018, brought the suit on behalf of her voting activism group Fair Fight. It was thoroughly demolished in court.

“Although Georgia’s election system is not perfect, the challenged practices violate neither the constitution nor the VRA,” Jones ruled in a 288-page decision. “As the Eleventh Circuit notes, federal courts are not ‘the arbiter[s] of disputes’ which arise in elections; it [is] not the federal court’s role to ‘oversee the administrative details of a local election.'”

“Having held a non-jury trial and considered the evidence and arguments of the parties, for the foregoing reasons, the Court finds IN FAVOR of Defendants and against Plaintiffs on all remaining Counts of Plaintiffs’ Second Amended Complaint,” the court concluded.

“Remember the law that President Biden called ‘Jim Crow on steroids’? An Obama appointed judge just upheld the law in a challenge brought by a Stacey Abrams affiliated group after finding no constitutional violations,” Turley wrote.

“Judge Jones found that, while ‘the burden on voters is relatively low . . . plaintiffs have not provided direct evidence of a voter who was unable to vote, experienced longer wait times, was confused about voter registration status’,” Turley added.

The Biden administration has constantly referred to imagined barriers to voting for racial minorities as a pretext to Democrat-led voter outreach.

In March, a Biden executive order, touted as “Promoting Access to Voting,” laid the groundwork for an initiative to register millions of U.S. residents to vote with weak or non-existent standards. This massive voter registration drive would be overseen with the “assistance” of the federal government.

But in September, the Department of Justice refused to turn over documents on its voter outreach activities ahead of the midterm elections. After it was sued by a watchdog group, it released only documents that were heavily redacted.

“On Sept. 8, the Foundation for Government Accountability (FGA) was scheduled to receive a series of government records from the DOJ that detailed how the agency is complying with Executive Order 14019,” he added. “That order mandated all federal departments to ‘consider ways to expand citizens’ opportunities to register to vote and to obtain information about, and participate in, the electoral process.’Among these included the DOJ’s 15-page ‘strategic plan’ on how the agency intends to comply with Biden’s executive order.”

“Instead of releasing the documents FGA requested pursuant to federal open records laws, however, the Biden DOJ released only a few records pertaining to the order, most of which were heavily redacted,’ Fleetwood added.

The Biden executive order was issued on the 56th anniversary of the “Bloody Sunday” incident in Selma, Alabama. Biden framed the unveiling of the order as ensuring voter “access.”

“The legacy of the march in Selma is that while nothing can stop a free people from exercising their most sacred power as a citizen, there are those who will do everything they can to take that power away.” Biden said in pre-taped remarks, and paid homage to the late justice Ruth Bader Ginsburg and late civil rights icon John Lewis.

The Biden executive order is framed in harmless terms: It would expand “access” to voter registration and election information. It also presses states to issue a “strategic plan” on how they will accomplish these executive order’s aims within 200 days.

A federal court has once again determined that the Democratic Party’s claims that election integrity laws are ‘racist’ is nothing but a load of malarkey.