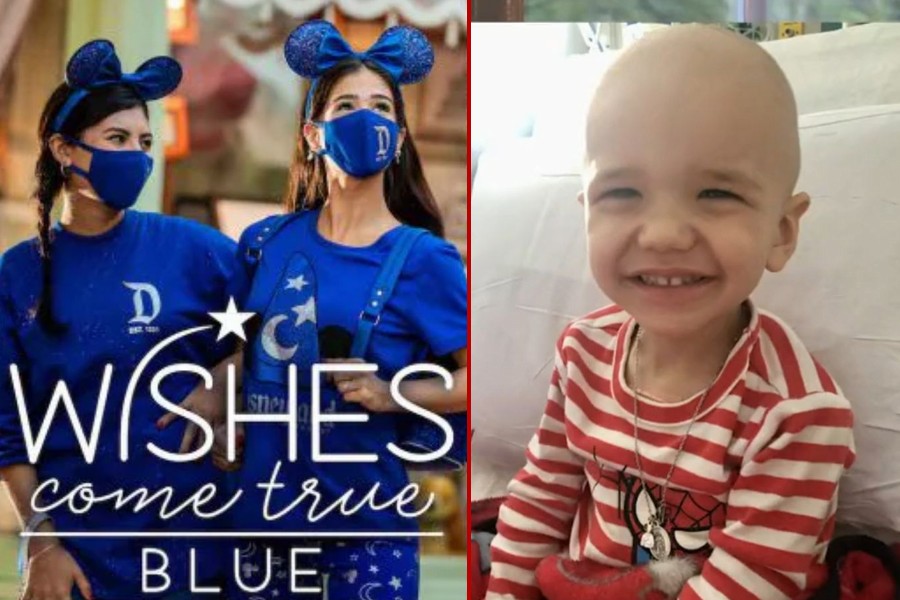 The one-size-fits-all medical tyranny of forced vaccinations for Covid-19 — which does nothing to stop the spread of the disease — has claimed another victim.

The Make-A-Wish Foundation is refusing to grant 4-year-old cancer patient Rocco DiMaggio’s wish to go to Disneyworld — all because he is not vaccinated.

Rocco and his two-year-old brother are not yet even eligible for the jab.

“It was a punch in the gut,” Rocco’s mom told Newsmax about Make-A-Wish Foundation canceling the Disneyworld opportunity.

Not only do children regardless of individual medical conditions have to get the mRNA shots, according to Make-a-Wish, the group’s policy says all family members who receive air travel must be vaccinated. The mRNA shots have thus far failed to deliver as promised and there is no long-term safety data on vaccinating children.

Recently, the European Union issued a warning about getting too many Covid booster shots, which indicates that they exert wear and tear on the immune system.

“European Union regulators said too many COVID-19 vaccine booster shots could affect our immune system, exposing us to even more sickness,” Bloomberg reported. If taken every fourth months, the shots might “eventually weaken the immune system and tire out people,” the report added.

A number of countries in Europe have likewise halted the Moderna vaccines for children in October.

“Scandinavian authorities on Wednesday suspended or discouraged the use of Moderna’s COVID-19 vaccine in young people because of an increased risk of heart inflammation, a very rare side effect associated with the shot,” NBC reported.

“Sweden suspended the use of Moderna for those recipients under 30, Denmark said those under 18 won’t be offered the Swiss-made vaccine, and Norway urged those under 30 to get the Pfizer vaccine instead,” the report noted.

Furthermore, Johnson & Johnson vaccines were paused in the United States for a period of time, and Europe halted the rollout of the vaccines.

“Johnson & Johnson announced Tuesday it is delaying the rollout of its COVID-19 vaccine in Europe amid concerns about potential blood clots in US recipients,” the New York Post reported in April.

“We are aware of an extremely rare disorder involving people with blood clots in combination with low platelets in a small number of individuals who have received our COVID-19 vaccine,” the New Jersey-based drugmaker said in a statement.

There are also credible statistical and public polling reasons to believe that vaccine side effects have been seriously underreported.

Even if Rocco were old enough, his mother told Newsmax she is not sure she would give him the vaccine, since he’s already had COVID twice and thus has natural immunity. He is also immunocompromised. This is obviously a case that should be handled by the DiMaggio’s family physician and parents, and not by the members of a charity board.

Thankfully, two organizations, Wigs & Wishes and Millenium Systems International, have agreed to make Rocco’s wish come true for his fifth birthday. At least there are some charities left that have common sense and class.